Duke [Energy] is the real loser 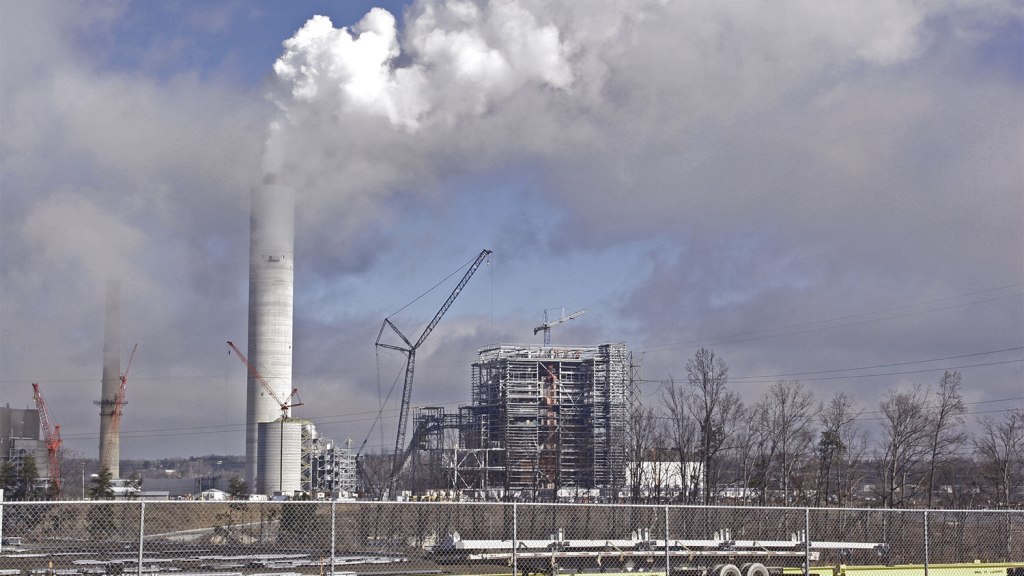 Duke [Energy] is the real loser

I didn’t care about which basketball team would win the NCAA championships last night. The states that those two university teams hail from are already losers, at least when it comes to clean energy and voting rights.

Wisconsin is the state where utility monopolies deceived residents and utility commissioners into supporting laws that would hamper the expansion of rooftop solar power. It’s also the state whose voter ID law, which the U.S. Supreme Court recently let stand, could encumber the rights of hundreds of thousands of voters, people of color especially.

Duke’s home state is hardly better. While the political and business climate for expanding solar in North Carolina is slightly more progressive than Wisconsin’s, the state’s monopoly utility company, Duke Energy, is working to reverse that. And Duke is doing this by using the same oleaginous maneuvers as groups like Edison Electric Institute have elsewhere, trying to convince influential figures in black communities that expanding non-utility company-owned solar power generation is harmful for poor and black households.

Except Duke Energy just got called for a foul. Rev. Nelson Johnson, an African-American minister and activist in Greensboro, sent a letter to the energy company today, chiding it for trying to exploit black leaders. In that letter, Johnson informs Duke that he’s already hip to the game they’re running, and tells them to kindly kill the noise. Wrote Johnson:

As for your claim that non-solar customers must pay more than “their share” for power plants: The whole concept of “their share” is based on the outdated and broadly rejected notion that high-profit-making Duke Energy can continue to operate as a monopoly, thus supposedly forcing captive customers to absorb the costs for its corporate decisions. That outdated monopoly role is the only reason Duke can even hope to force captive customers to pay a higher price for a product – electricity from big, polluting power plants – that others choose to replace with solar. We are convinced that your monopoly control over North Carolina is in its twilight, and that efforts to raise rates on captive customers, as others move to lower-priced and safer solar, will be vigorously fought in the legislative and regulatory arenas by a host of coordinated interests.

As the great philosopher Biz Markie once said, “Damn, it feels good to see people up on it.”

What Duke Energy is trying to pull in North Carolina is the same game that Edison Electric Institute tried to kick to the Congressional Black Caucus, but many of them weren’t going for it, either. It’s almost as if these energy companies think, These black figures are gullible enough to believe this, so let’s prey on them. Indeed, some African-American authorities have helped feed that logic.

You might point to the fact that Rev. Johnson’s letter is also signed by Jim Warren, executive director of the solar advocacy organization NC WARN, and wonder if Warren might be pulling the same game as Duke Energy (Warren is not black). But Johnson has a long record of putting his voice and body on the line for environmental justice issues, most recently as part of the Moral Mondays leadership that is contesting the state’s hard right turn on voting rights, clean energy, and a bunch of other life-quality and democracy-equality issues.

Duke Energy will no doubt counter that it is invested in solar, and to a certain extent, it is. But it’s mostly invested in retaining its monopoly by setting up its own solar supply. Little in Duke’s portfolio suggests that it is interested in black families, or any families for that matter, having ownership in their own power supply or furthering a true energy democracy agenda.

As I’ve pointed out before, if Duke Energy is really concerned about issues afflicting black households, there’s plenty of other ways to engage besides imposing on their electric bills. Rev. Johnson pointed this out himself in his letter, under a section aptly sub-titled in caps, “WE WANT DUKE ENERGY TO ACTUALLY HELP”:

If your new-found interest in low-income communities is genuine but merely undeveloped, we would like to share thoughts about how … Duke Energy can actually help the low-income and people of color. To be clear, low-income communities are suffering under your business model. Every rate hike hurts real people in real ways. Our communities cannot continue bearing the higher and higher electric bills that would result from your 15-year projections in your Integrated Resource Plan.

Our communities need the many thousands of jobs that the solar power industry is bringing to this state. Duke Energy could take a constructive role by helping ensure that those economic benefits are shared among traditionally disadvantaged communities.

We would be pleased to learn that, after many years of neglect, Duke Energy leadership is turning a corner to genuinely care about low- and fixed-income customer groups. We look forward to hearing what led to such changes. Until you share that explanation with us, however, we remain concerned that your current business plan is but a cynical corporate effort to try to divide the people of this state in order to protect your profits.

Another area where Duke Energy can help black families is with voting. North Carolina recently passed a law that makes voting more difficult for a huge portion of the electorate, including people of color, college students, and women. The law, currently tangled up in the courts, mandates photo identification to vote, eliminates Election Day registration, prohibits ballots that are accidentally cast in the wrong precinct from being counted, shortens the early voting period, and ended a program that allowed 16- and 17-year-olds to get a jump start on registering before voting at 18. (To read more about Duke Energy’s record on energy and North Carolina’s “monster” voting law, read the Facing South online magazine.)

A federal court has temporarily blocked the provisions of the law that affect same-day registration and counting out-of-precinct ballots. North Carolina tried to challenge the court injunction, but on the same day that Duke won the college basketball championship, the U.S. Supreme Court refused to hear the state’s challenge. This was a small victory for voting rights advocates, but the rest of the law still stands, at least until a full hearing in federal district court in July.

I’m sure voting rights advocates would love Duke Energy’s help in defeating that law, being that it disproportionately burdens black families and all. But then, as I’ve written before, those people who are disenfranchised by voter ID laws also happen to be people who are likely support cleaner and more democratic energy systems. That is, they’re likely to oppose Duke’s dirty, monopolistic ways.

Perhaps it’s no surprise, then, that Duke Energy is no help at all.