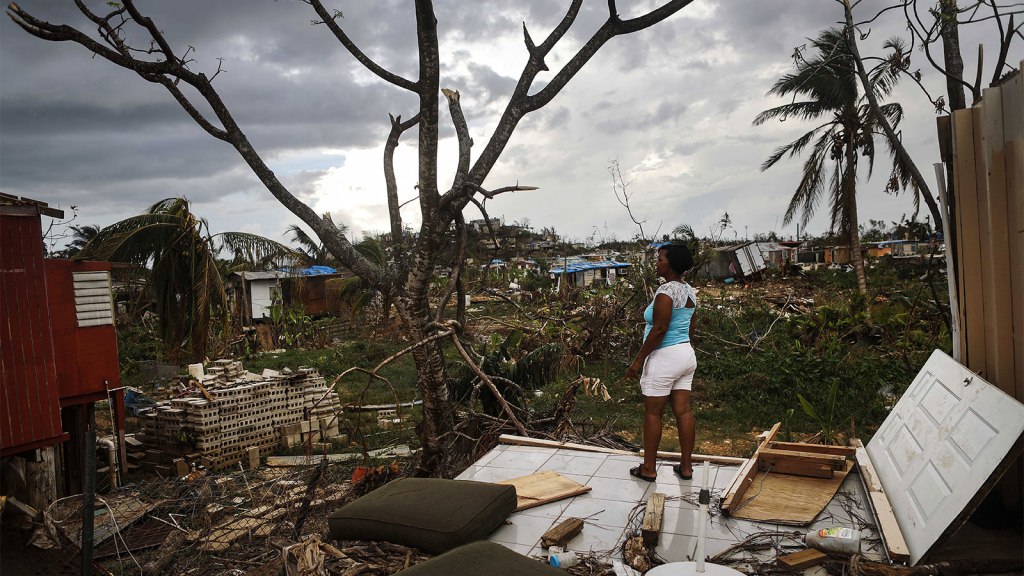 Ever since Hurricane Maria pummeled Puerto Rico in 2017, President Trump has expressed displeasure with the U.S. territory. After trying to limit recovery funds provided to the island last year, he finally signed a long-overdue disaster aid bill before taking to Twitter to declare himself the “best thing that ever happened” to Puerto Rico.

But before all that, the president tried to wash his hands of the island entirely. In an article published in The New York Times on Friday, Elaine C. Duke, a lifelong Republican who led the Department of Homeland Security for four months in 2017, recalled that during her tenure Trump floated the possibility of “selling” or “divesting” Puerto Rico as the island’s recovery from Hurricane Maria proved arduous.

“The president’s initial ideas were more of as a businessman, you know,” Duke told the Times. “Can we outsource the electricity? Can we sell the island? You know, or divest of that asset?”

The incident is hardly the first in which President Trump has worn his “businessman” hat in the Oval Office. Last August, the Wall Street Journal reported that the president, in conversation with top aides “with varying degrees of seriousness,” floated the idea of purchasing Greenland. The gigantic Arctic island, which is rapidly melting thanks to climate change, is a self-ruling part of Denmark and is definitely not for sale. Trump nevertheless apparently believed that Greenland could somehow be purchased. In fact, a 2019 New York Times article reported that a former official heard the president joke that he would be happy to trade Puerto Rico for Greenland.

Although Duke said the idea of “divesting” Puerto Rico was never seriously considered and discussed after the meeting in which Trump proposed it, her recollection underscores Trump’s reluctance to support the struggling U.S. territory in the aftermath of the disaster.

Duke told the Times that, as soon as Hurricane Maria began approaching the Caribbean, she argued that the administration should declare a state of emergency before the storm made landfall. But Mick Mulvaney, then the president’s budget director, rejected her request.

According to the Times, Duke recalled Mulvaney saying, “Quit being so emotional, Elaine, it’s not about the people, it’s about the money.” (Mulvaney denied making the comment.)

Despite natural disasters continuously wreaking havoc on the island, Trump has constantly sparred with Puerto Rican officials, accusing them of “poor leadership” and adding that residents weren’t doing enough to help themselves. The blame went both ways: A 2018 poll found more than half of Puerto Ricans felt that Trump and his administration had done a poor job responding to the island’s calamities.

As Puerto Rico continues to weather natural disasters exacerbated by climate change, the island is also suffering from the same global pandemic that has debilitated the mainland. And just as with his handling of the coronavirus outbreak, Trump has denied any wrongdoing or fault for the lackluster actions his administration has taken to aid Puerto Rico. In 2018, he called his disaster response an “incredible, unsung success.”