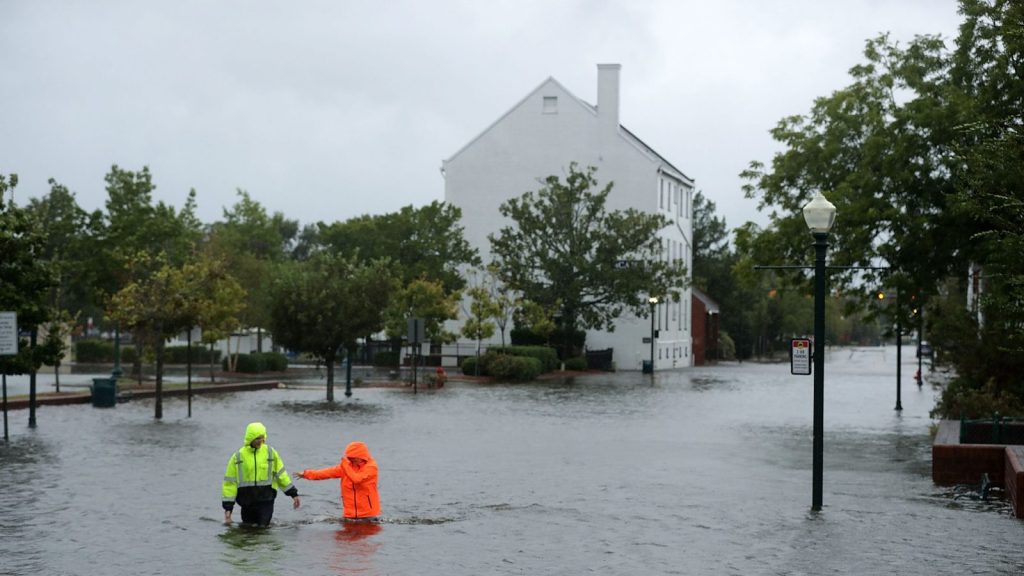 President Trump on Thursday signed a long-awaited disaster relief bill after three consecutive blocks by Republican House members, the White House’s own efforts to undermine the package, and other holdups along the way.

The president had previously objected to the bill, calling it a “BAD DEMOCRAT Disaster Supplement Bill.” He also pushed for the addition of funding to build a border wall. He had since dropped these requirements after the House passed the bill on Monday with overwhelming bipartisan support. (The Senate passed the legislation 85 to 8 just before the Memorial Day holiday weekend.)

The relief package allocates $19.1 billion to various government departments in order to fund recovery efforts in the wake of a cluster of natural disasters over the past couple years, including wildfires, hurricanes, and floods. The bill also contains funding for research and disaster-prevention efforts.

Disaster aid legislation usually breezes through Congress without partisan resistance. This time around, issues like immigration and how much aid Puerto Rico should receive for its recovery from Hurricane Maria in 2017 created party division and infighting that stalled the bill for months.

The legislation was pending in Congress for so long that it had to be updated to address the latest spate of disasters — like the flooding that’s recently ravaged the Midwest. Although this bill comes as a relief for recovering communities all over the country, the legislative holdup does not bode well for future aid packages. As climate change continues to exacerbate the severity and frequency of superstorms, and 2019’s wildfire season hits full swing, Congress will likely need to act with greater haste to address the damage wrought by natural disasters.

What follows is a list of many of the extreme events the bill Trump signed Thursday covers. It amounts to an accounting that points to a world where climate change is already happening:

Florence was just a Category 1 storm when it made landfall in North Carolina in mid-September 2018, but the real damage was the storm surge and ensuing torrential rain. The 35 inches of precipitation and 75 mile-per-hour winds resulted in $22 billion in damages and more than 50 deaths. Almost every section of Congress’s new bill addresses Hurricane Florence relief efforts in some way, from $1.5 million dedicated to patching up leaking underground petroleum storage tanks to the $165 million going towards education recovery, which helps schools and students get back on their feet.

Declared a “WORST CASE SCENARIO” by the National Weather Service — with 14-foot waves registering as earthquakes — Michael was the worst hurricane to ever hit the Florida Panhandle. The Category 5 storm, which made landfall in early October 2018, caused more than $18 billion in damages. As with Hurricane Florence, communities affected by Hurricane Michael will receive money for post-disaster remediation from several different Cabinet departments.

Ah, yes. Hurricane Maria. The Category 4 hurricane ripped through Puerto Rico in September 2017, causing $90 billion in damages while racking up a death toll in the thousands. The U.S. territory’s people are still recovering. The disaster bill was stalled for months as party-led factions disagreed over the hot button issue of how much aid Puerto Ricans deserved, after the president repeatedly (and inaccurately) slammed the country via Twitter. The bill Congress has finally passed includes $600 million set aside for nutritional assistance and another $300 million for reconstruction.

Lane arrived in Honolulu as a hurricane, but was quickly downgraded to a tropical storm as it moved over the rest of Hawaii. It still unleashed more than 40 inches of rain and caused multiple mudslides. After Lane, Alberto and Gordon were the big names of the 2018 storm season, each dropping around a foot of rain and contributing to severe flooding in Alabama, Louisiana, Mississippi, and the Florida Panhandle. All told, those storms caused $300 million in damages. In addition to general funds for flood damage repair and prevention that will go to the Gulf Coast, $575 million has been earmarked for infrastructure projects along the Mississippi River.

In September, Super Typhoon Mangkhut’s Category-5 winds, 20-foot waves, and torrential rain killed more than sixty people in the Philippines — but it also caused more than $4 million of damage to the U.S. territory of Guam. It was followed just weeks later by Super Typhoon Yutu, the fifth-strongest cyclone to hit land, which left over a quarter of Northern Mariana Islands’ population without shelter, running water, or electricity. The relief package contains $25 million for emergency disaster nutrition relief to the Northern Marianas and Guam, with $18 million going to American Samoa for the same purpose.

Last year was a serious one for wildfires: California saw the catastrophic Camp, Woolsey, and Carr Fires, which taken together devastated almost 2 million acres. While California saw the worst of it, Nevada, Utah, Washington, Oregon, and Montana also struggled with damaging blazes. Relief for fire damage is written throughout the disaster bill, with more than $720 million specifically set aside for the Forest Service’s fire management efforts, and $98 million for surveys and investigation by the Department of the Interior.

The most recent of the major disasters to affect the U.S., floods have been sweeping across states along the Mississippi River since March, breaching levees and swamping fields. Farmers are struggling with the consequences — namely, a greatly reduced planting season, especially for staple Midwestern crops like corn and soy. Congress added measures at the last minute to help out flood-stricken farmers, including $3 billion for “expenses related to losses of crops.”