When people hear the word “debate,” they usually think of logic, reasoning, and facts. Tuesday night’s presidential debate was the opposite, filled with constant interruptions and insults. President Donald Trump often stared straight at his opponent, Joe Biden, like a boxer before the bell. Biden tried to ignore his rival and looked at the camera in disbelief, prompting comparisons to the character Jim Halpert from The Office.

Trump created a chaotic scene, demanding attention from viewers and provoking emotions — disgust, pride, and maybe even empathy. “I call him a master of empathy, because of his ability of sensing what he needs to do so that he can become the spotlight of attention for many people,” said Fritz Breithaupt, the author of The Dark Side of Empathy. “And once they have taken that perspective, that sticks.”

Empathy is part of the human experience — it enriches our lives and prompts us to respond with compassion. It’s why people send money and volunteer to help when wildfires burn down homes or hurricanes destroy Caribbean islands. But it can also be used as a tool to pull people to your side. Experts say that empathy reflects our biases and can distort our moral judgments. “We don’t use it all the time,” Breithaupt said. “We channel it, we use it selectively, and sometimes block it out.” 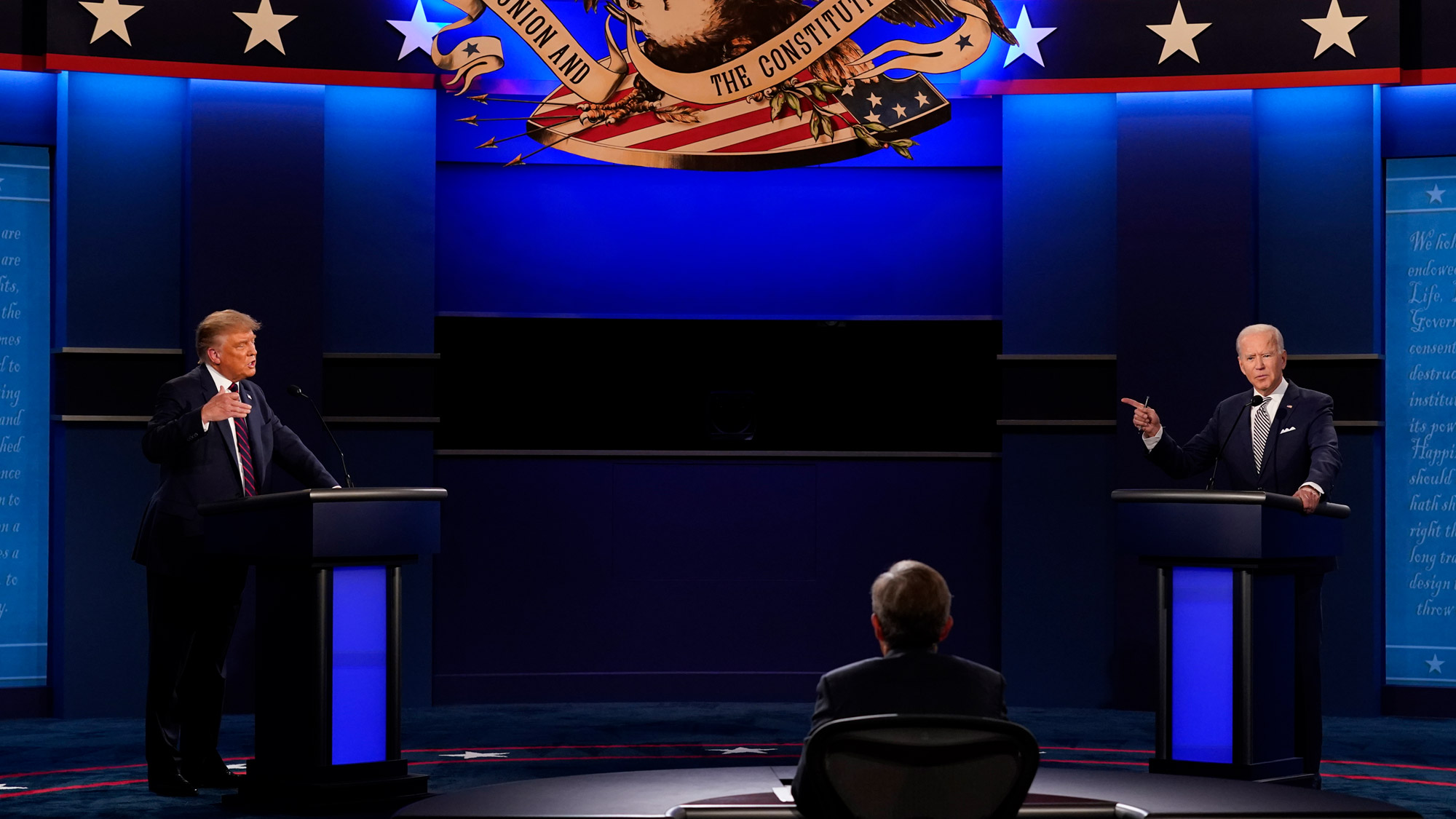 As the most powerful figure in the United States government, Trump has often portrayed himself as the victim of a “witch hunt,” the “fake news” media, and an “evil” impeachment. This framing helps Trump draw empathy from his audience.

On Tuesday night, Breithaupt said Trump managed to engender empathy from viewers in other ways, by always having an aggressive comeback, no matter what the facts are (or whether it’s his turn to talk). That might put off some people, but others will identify with his strong, battle-ready approach. “This aggressive style of debating will appeal to people who want to admire someone, who seek strength in leadership, and who feel scarred,” Breithaupt said. “They are drawn in to Trump as an enigmatically powerful person.” As an audience member watching the brawl, it was easier to place yourself in Trump’s shoes than in Biden’s, he said.

That’s not to say that Trump has a lot of empathy. “I would imagine that he’s very low on it,” said Breithaupt, who defines empathy as co-experiencing the situation of someone else. It’s easy to recall times when Trump acted with indifference to climate-charged disasters, showing little sympathy for hurricane survivors and mostly staying quiet when raging wildfires burned down California homes. When 3,000 Americans were dying in Puerto Rico after Hurricane Maria in 2017, Trump said he was “having fun” when he threw paper towels at hurricane victims. And there were the moments of callousness, such as the time in 2016 when he mocked a reporter with a disability at a campaign rally, pantomiming a joint condition that limits arm movement.

Breithaupt studies the types of situations that trigger empathy. One very strong trigger, he said, is observing conflict. Watching sports, action movies, or a presidential debate — all of these situations force you to pick sides, and they become more fun when you do. But once you start to see things from one perspective, the other side turns into your enemy.

With Trump in the White House, the gulf between Republicans and Democrats has widened on just about every major issue the country faces, from immigration to climate change. In this case, empathy isn’t the antidote to polarization — it actually stokes it. Trump is the foil to Biden, a reach-across-the-aisle politician who’s been called the “empathy candidate” for telling moving stories about his personal grief — and the country’s collective grief during a pandemic. 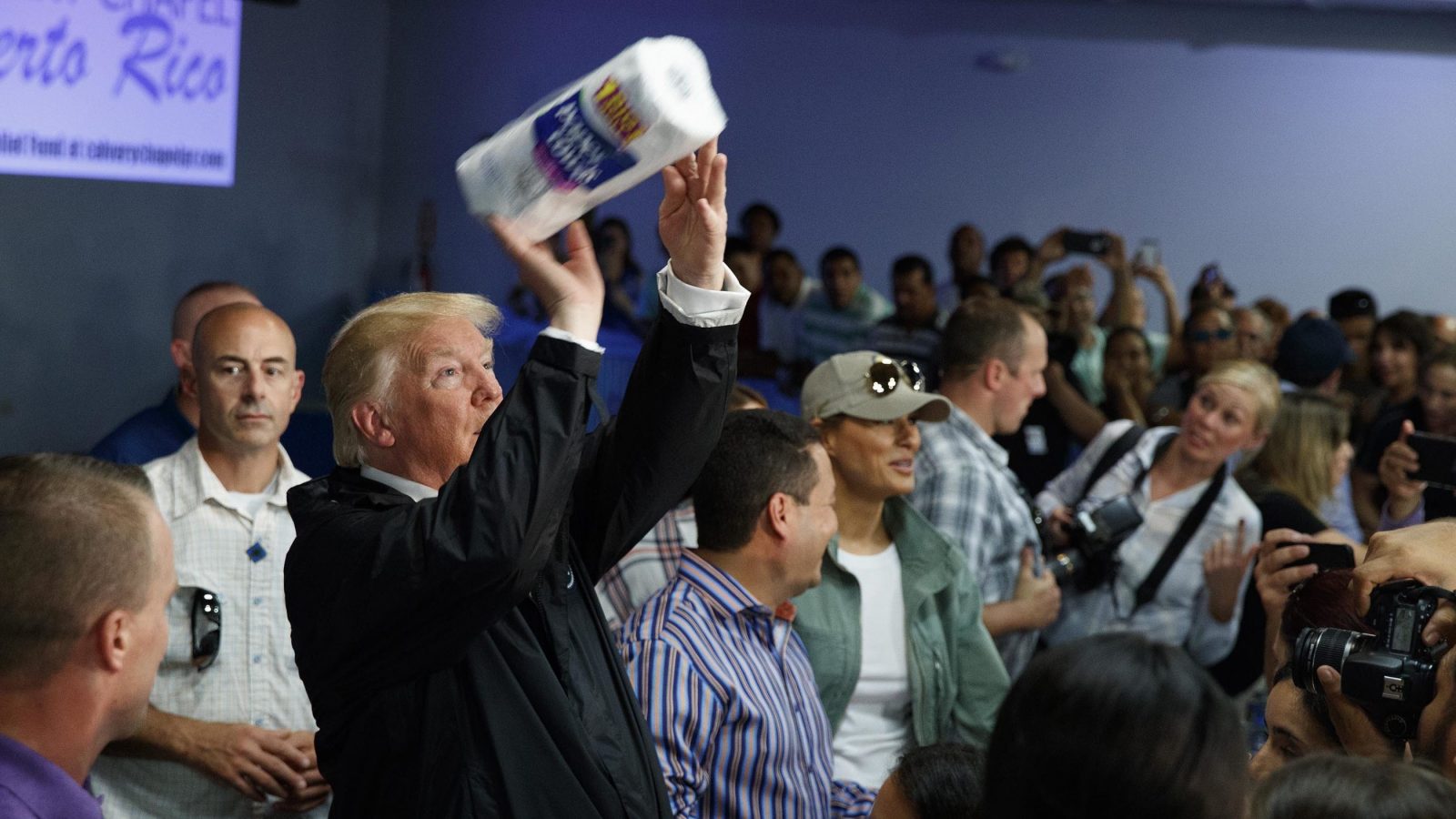 Breithaupt, who predicted that Trump would win the 2016 election, said that Trump is still using the same tactics — and with some exceptions, like COVID-19, it appears to be working. “Donald Trump is not the first one who has weaponized empathy,” Breithaupt said. “But Donald Trump was maybe the first one who really knows that he is gaining from the conflict as such.”

After Trump’s father Fred died in 1999, he delivered a striking eulogy at a church in Manhattan. He told the crowd about the moment he’d learned of his father’s death at breakfast — just after reading a front-page New York Times story that profiled the success of his biggest development at the time, Trump Place, a group of luxury condos on the Upper West Side of Manhattan. He went on to talk about other accomplishments his dad had approved of.

“The funeral of Fred Trump wasn’t about Fred Trump; it was an opportunity to do some brand burnishing by Donald, for Donald,” wrote Gwenda Blair, the biographer of the Trump family, in an article about the president’s awkwardness at funerals.

People who know the family say there’s a reason Trump almost never displays empathy in public: His father passed on a “tough-guy” mentality and taught him that showing sadness was a sign of weakness. Life was simply a series of skirmishes to be won.

The president often describes himself as a solitary person standing against the masses: one man against a flood of Mexican immigrants, against elites, against foreign countries like China, against the “swamp” of bureaucrats in Washington, and against the “alarmist” scientists. It’s easier to identify with a single person than an amorphous mass of people. And many people back Trump because they also feel victimized by the forces he rails against, like immigration or unfair depictions in the media.

As Trump started rising in the polls during the 2016 Republican primary, Breithaupt was watching him carefully. “He was so much better at this game of side-taking and polarizing than I had seen before,” he said.

When Texas Senator Ted Cruz, another candidate, tried to play Trump’s game, insinuating that Trump had socially liberal “New York values” and wasn’t a true conservative, Trump was quick to turn around the attack and claim time for himself. He recalled the moment he witnessed the 9/11 terrorist attacks, recasting “New York values” to refer to the resilience of the city — and how he helped rebuild Manhattan after the attacks.

“From that moment on, I could run this ‘inner Trump’ voice like a little bad demon inside of myself,” Breithaupt said. For example, when the New York Times recently reported revelations about how Trump avoided federal income taxes, Breithaupt found himself slipping into the president’s shoes. Trump’s supporters are impressed when he rebuffs accusations that seem impossible to spin in his favor, Breithaupt said: This makes Trump come across as strong, and he “can even gain from this situation.”

Trump always has a comeback, whether facing accusations of sexual assault, obstruction of justice, or denying the science around climate change. But one thing that he hasn’t figured out how to frame to his advantage is the pandemic, Breithaupt said. “He never got a handle on the corona situation,” he said. “Suddenly it looked like, now he’s slipping … we need real leadership here, we don’t need a media show in this case.”

But that focus could change following the death of Ruth Bader Ginsburg and the sudden vacancy on the Supreme Court. The nomination of Amy Coney Barrett has already turned into another partisan fight.

In the first presidential debate, Trump was basically doing “damage control,” Breithaupt said. Between the news about Trump’s tax avoidance and the country’s COVID-19 death toll passing 200,000, the president found himself in a tough spot. The interruptions and brawling — all the clamor — shifted the focus. “The topics that could have hurt Trump, like his taxes, were drowned along the way,” Breithaupt said.

In future debates, Breithaupt expects that Trump might bring up an issue like immigration (before the 2016 election, he talked about “Mexican rapists” and called immigrants “animals”), and use illustrative examples to stand for the whole. Trump often points to the story of “Beautiful Kate” Steinle, a woman who was killed by a stray bullet from an undocumented immigrant, to rally the empathy of his base.

Biden, on the other hand, uses empathy in a more typical fashion, but one that’s still unusual for a presidential candidate — more like something you’d see from a local politician. While former President Obama would tell personal stories to make rhetorical arguments, Breithaupt said, Biden talks about his personal experience in a way that doesn’t necessarily have a right answer, but is intended to be emotionally moving, especially when he speaks about his son, Beau Biden, who died from cancer in 2015.

“I know how it feels to lose someone you love,” Biden said during his acceptance speech at the Democratic National Convention. “I know that deep black hole that opens up in your chest. That you feel your whole being is sucked into it. I know how mean and cruel and unfair life can be sometimes.”

“He’s not righteous about it,” Breithaupt said. “He’s just exhibiting human emotions. In that sense, I do think he is a new kind of ‘empathy candidate’ that hasn’t made it to a presidential candidate level in American history.”

After a divisive presidential debate, a call for unity … from the American Petroleum Institute?