What environmentalists can take from a week of progressive wins 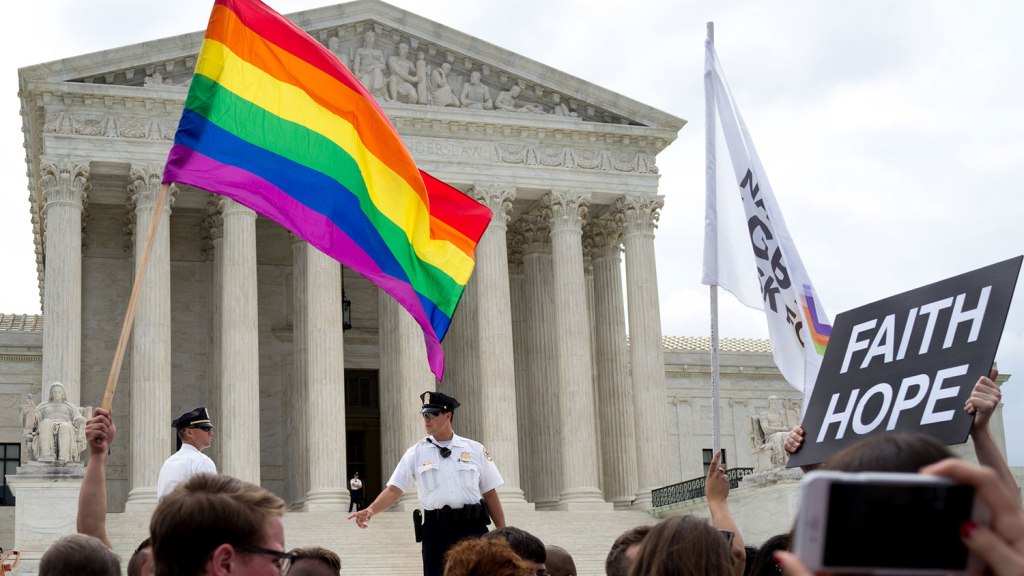 What environmentalists can take from a week of progressive wins

I’m gay, I’m an environmentalist, and for the first time in a while, I’m excited.

Last Friday, the U.S. Supreme Court delivered a groundbreaking decision that made same-sex marriage legal in all 50 states. This hard-fought victory comes as the result of decades of activism and advocacy from the LGBT movement, which — for better or worse — has made same-sex marriage a focal point in the long-term fight for LGBT equality.

And that wasn’t the only momentous Supreme Court decision of the past week. SCOTUS also ruled in favor of fair housing advocates in a case about housing discrimination and later upheld key provisions of Obamacare in a big win for supporters of affordable health care.

It might not seem like it at first, but this trifecta of progressive wins is also meaningful for the environmental movement. Not only because environmentalists are people too — and we want to be able to marry who we love and have equitable access to housing and health care — but because it serves as a key reminder that change can happen and gives us a useful blueprint for making progress.

If you’ve been feeling cynical lately about the state of American political affairs, you’re not alone.

A 2014 study published in Psychological Science revealed that Americans’ trust in institutions hit an all-time low in 2012. Perhaps even worse, the study found apathy and civic disengagement to be highest among high schoolers, countering the conventional image of an idealistic, ambitious contingent of youngsters ready to reinvigorate civil society.

All of this is to say: Making change is hard these days, and Americans are feeling the weight of the struggle.

That’s why it’s so important to recognize victories when we achieve them (and the little wins along the way) and be reminded that progress is possible.

Those disengaged young people, who tend to be particularly supportive of gay rights, now see that dedicated activists can actually effect change through our institutions. And that could inspire them to join campaigns to do things like stop Shell from drilling in the Arctic or push colleges and other organizations to divest from fossil fuels.

These environmental campaigns are uphill battles, but so were the progressive campaigns that achieved victories last week. A decade ago, only one state, Massachusetts, permitted same-sex marriage, and until Friday, 12 states still banned it. Campaigners for affordable healthcare were stymied for decades. Obamacare barely squeaked through Congress in 2010, and since then Republicans have tried to repeal it 56 times. Advocates in both of those arenas won last week by working through our government at a time when that might seem all but impossible.

Is there more to do? Yes—so let’s ride the momentum

The struggles, of course, continue.

For one, marriage equality does not equal LGBT equality. Forty percent of homeless youth identify as LGBT. Both housing discrimination and access to health care remain key challenges for LGBT individuals and same-sex couples across the nation. Hate crimes against members of the LGBT community are still rising; at least nine trans women have been murdered in 2015. Marriage equality cannot erase these problems.

But does that invalidate last week’s win? Not in my book. Sure, all three of last week’s victories are just steps on the road to a more just society, but they’ve created important momentum, optimism, and a sense of purpose. Those sentiments can be hard to find these days, so let’s not waste them.

There’s a new energy permeating the country, and environmentalists, like other progressive activists, should ride that wave as long as we can. The climate movement, which is engaged in epic battles against entrenched interests, could particularly benefit from an energizing boost. So let’s take a little time to celebrate with our allies — and then rejoin the good fight.