Cities can do a lot to stop climate change. They can fill their streets with electric buses, pass strict efficiency rules for its buildings, and switch to powering the place with clean energy.

But there’s a problem that mayors rarely mention when touting their green cred. The cities striving to go green tend to be the priciest, pushing all but the affluent into carbon-spewing commutes. Think New York, London, and, of course, San Francisco.

Most of San Francisco’s electricity comes from a nuclear plant, solar panels, and other forms of clean energy, meaning that eighty-five percent of the energy powering the city’s network of electric buses and trains is carbon- free. It recently barred people from driving on the main drag, Market Street, allowing bicycles and transit to flow freely. The city pays residents to put solar panels on their homes. But boy do you have to pay to get into this garden of delights: $1.2 million for the median home. As a result, the area has seen a 170 percent increase in the number of people commuting more than an hour and a half since 2005. All that driving has California’s climate efforts stuck in traffic. To meet its climate goals, most experts say the state will need to build a lot more apartments near bus and train stops.

It’s not just California or even the United States. As cities around the world expand to house some 2 billion new people by the end of the century, they’ll have to decide: Will they grow up, grow out, or try to stop growing entirely and turn away immigrants? 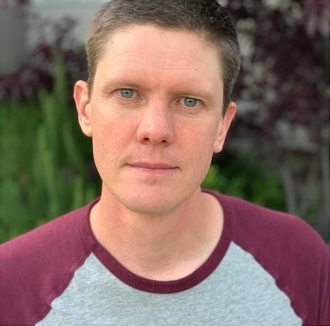 California’s coastal cities were true innovators in strategies to push people elsewhere. In his new book, Golden Gates: Fighting for Housing in America, Connor Dougherty, an economics reporter at The New York Times who was raised in the Bay Area, puts the state’s housing history under the microscope. Grist asked Dougherty how well-meaning environmentalists helped drive up housing costs, and what will reverse that trend.

This interview has been condensed and edited for clarity.

Q.First of all, what’s behind the housing crisis in California?

Q.Are homeless people moving to California or is the homeless problem simply related to the lack of homes?

A.It’s absolutely related to a lack of homes. A lot of people want to say it’s mental health or drug addiction, and obviously those things are related. But lots of people around the country struggle with drugs and mental health without ending up on the streets. So what’s the variable that matters? It’s the cost of housing.

Q.Do environmentalists share some blame for driving up housing prices?

A.So in the 1960s and ‘70s there was a transition around the first Earth Day where we saw the rise of suburban environmentalism. Some of that was really good: The environmental justice movement has been amazing, and suburban environmentalism was a mass movement. Older conservationism was generally exclusive because only a certain type of person could go spend a bunch of time in nature. It wasn’t a bad movement — I don’t think we’d be better off without Yosemite National Park — it just wasn’t something moving majorities at the local level. Because it was pretty inextricably tied to home values, as well as a general love of your neighborhood, environmentalism could move majorities.

Q.So that suburban environmentalism worked because people could see benefits in their own neighborhoods. They were also pushing for less housing nearby so there would be more room for birds.

A.Totally. I think that if somebody could know definitely that allowing higher density housing in their neighborhood would affect the arc of climate change they would make that sacrifice. But it’s hard to see and hard to know.

Q.The green backlash against growth is also important. How did that emerge?

A.There was a postwar suburban boom and California, really Los Angeles, was the most exaggerated example of that. In the early days people were pretty apolitical; that is, the newcomers were not anti-newcomer. That started to change in the ’70s. A bunch of books were published about how California was being ruined. One of those books was The Destruction of California by Raymond Dasmann. He was an environmentalist, and he was very concerned about growth — as he should have been. They were trying to build freeways everywhere.

Dasmann basically posits that, if we don’t plan for population growth, it won’t happen. If we don’t make California hospitable to people they will not come. Presciently, he says, the only place I’ve seen this done successfully is wealthy cities like Santa Barbara. I read that and thought, “Wow!” That, ideology taken to its logical extreme means that all of California becomes Santa Barbara, where only the wealthy can afford a house.

Q.And it’s not just greens. A big part of the housing crisis comes from people wanting to keep their neighborhoods white and affluent. How does that translate into restricting homes?

A.All around the country there are rules to make lot sizes large, or prohibit multifamily buildings, which have the net effect of making housing more expensive. Though these rules were often explicitly racist when they were passed, I don’t think they are as explicitly race motivated as they once were. But the net effect is the same, because of wealth inequality. I’m sure there are wonderful people who want to live in a diverse, multicultural suburb that is just generally wealthy and has all the same housing type.

Q.You write that one way to keep poor people out of a neighborhood is to incorporate as a city. Californian cities, starting with Lakewood in Los Angeles County, figured out how to do this by creating something called a contract city. What’s that?

A.A contract city is a technology. It makes something expensive and time consuming simpler and easier — that is what technology does. In a contract city, instead of hiring departments they contract out city services — often to the county. If you go to Lafayette, California today there are Lafayette police cars, but they are not really police, they are county sheriffs that are contracted to pretend that they are Lafayette police. If you wanted to build a city and actually pay for a police department and a waste treatment plant you’d have to pay a lot of money for them.

So this innovation makes it cheaper for an area to gain the land-use power of a city to make housing more expensive. Rules like large-lot zoning ordinances that require people to buy three acres with their house have the effect of excluding poorer people who require more services.

Q.How do we fix this?

A.It’s pretty simple, right? You can either make housing affordable by subsidizing it, or you can build more housing. You can do both and hopefully they work together. Step one in a solution is that we are talking about the problem. People are sick of living like this; they’ve accepted that the status quo is totally unacceptable. There are young people both on the tenant side [we should subsidize housing] and the YIMBY [“yes in my backyard” — let’s build more] side choosing to spend their Wednesday evenings going to planning meetings. This alone is a huge amount of progress.

Could FOMO and peer pressure help save us all?