Why did the world's biggest business lobby endorse 23 climate candidates? 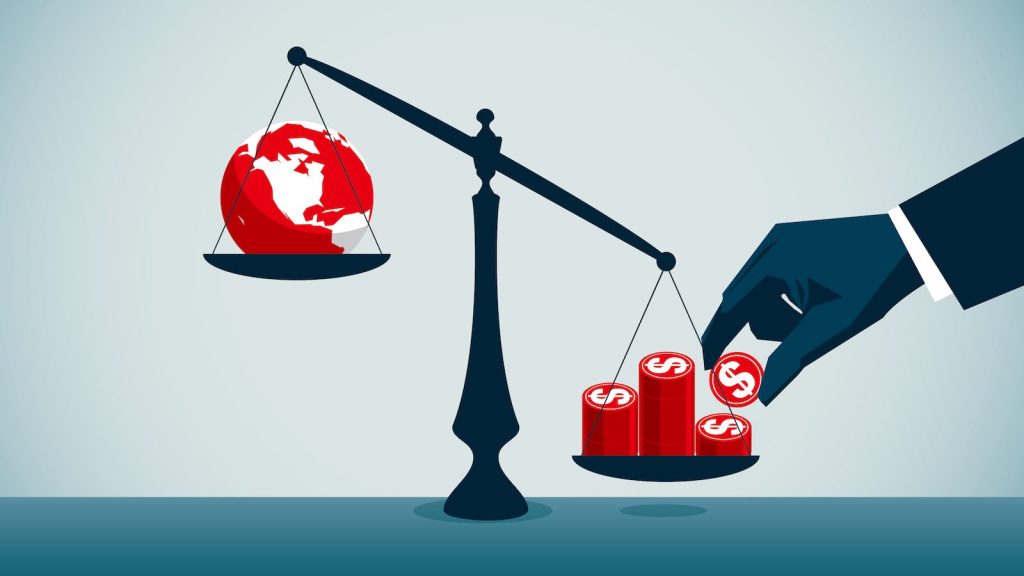 Why did the world’s biggest business lobby endorse 23 climate candidates?

Historically, the U.S. Chamber of Commerce has not been a friend to climate activists. The world’s largest pro-business lobbying group has pushed against clean air and water regulations, criticized the Kyoto Protocol as “bad for the American economy, American workers, and American families,” and roundly rejected the science of human-caused climate change.

“You name the environmental issue, and they are opposing the protections,” said Dan Dudis, former director of Public Citizen’s Chamber Watch, in a 2017 interview with Racked.

So many business leaders were surprised when, after contributing millions of dollars to Republican climate deniers over the years, the Chamber of Commerce announced last month that it was endorsing nearly two dozen first-term Democratic candidates for Congress, including two in highly competitive toss-up races. While this is hardly the first time the lobby has endorsed Democrats, it’s rare for the Chamber to do so in such large numbers.

“The Chamber of Commerce is trying to reinvent itself,” said Craig Holman, a government affairs lobbyist for the nonprofit Public Citizen. Since the 2016 election, when it threw its support behind Donald Trump over Hillary Clinton, the group has gradually retreated from the far right, he said. “They’ve started endorsing more Democrats, they’ve been tolerating more environmental issues.”

Will it make a difference?

While the Democrats endorsed by the Chamber of Commerce tend to be relatively moderate, they aren’t skeptical when it comes to global warming. “Climate change is an existential threat to New Mexico,” said Representative Xochitl Torres Small, the Chamber’s pick for the state’s 2nd district. “We’re seeing it every day with longer droughts and hotter forest fires.” The race is a toss-up in an area where 62 percent of voters say they’re worried about the impacts of climate change.

In contrast, Torres Small’s opponent, Yvette Herrell, has called fossil fuels the “lifeblood” of New Mexico’s economy. The state’s oil and gas earnings hit a record $3.1 billion in fiscal year 2019, and now account for more than 40 percent of the state’s revenue base.

Another close race where the Chamber chose to back the more pro-climate candidate: Oklahoma’s 5th district, where Representative Kendra Horn made history in 2018 by becoming the first Democratic Congressperson to hold the seat in 44 years. She has said that addressing climate change is “critical.” Her opposition to mining and offshore drilling projects, plus her pledged support for Oklahoma’s wind industry and the nation’s public lands, have earned her a lifetime score of 93 percent from the League of Conservation Voters.

The pro-business Chamber’s endorsement of Horn clashes with the National Republican Congressional Committee’s depiction of her as a “Green New Deal extremist.” In one attack ad, the NRCC shows her standing next to Bernie Sanders and the Green New Deal’s cosponsor Alexandria Ocasio-Cortez while alleging that “their socialist Green New Deal” would kill New Mexico jobs.

But in reality, neither Horn nor Torres Small support the Green New Deal. Torres Small has said that ambitions to halt oil and gas exploration on public lands are “out of touch” with New Mexico’s reality as a fossil-fuel-dependent state. Horn, for her part, has called for an “all-of-the-above” approach to energy policy, calling oil and gas a “critical” part of the nation’s energy infrastructure (alongside solar and wind).

Still, the U.S. Chamber’s Democratic endorsements have not sat well with many of the lobby’s more conservative members. Chad Warmington, Oklahoma State Chamber of Commerce CEO and president, wrote a scathing letter based on Horn’s energy platform. “I question how the U.S. Chamber could endorse a candidate who consistently voted against the largest industry in Oklahoma,” he wrote in August. “That is hardly a pro-business record.” One member of the U.S. Chamber, Allen Wright, resigned in protest over Horn’s endorsement, and her constituents have accused her of voting “96 percent of the time with the Pelosi agenda.”

The Chamber’s pro(ish)-climate moves might seem controversial to some of its members, but in the wider business landscape, they are somewhat belated. Many of the Chamber’s own members — companies like Gap, Pepsi, and Disney — have long had ambitious corporate sustainability pledges, promising to slash emissions or conserve resources for years. In fact, since 2009, Apple, Pacific Gas & Electric, Starbucks, Unilever, and General Mills have all left the Chamber, citing its anti-climate advocacy.

Now, the Chamber of Commerce is playing catch-up. On top of the news slew of Democratic endorsements, the group recently added a whole section to its website affirming that “the climate is changing and humans are contributing to these changes” before going on to endorse leadership in climate science, climate-resilient infrastructure, and energy efficiency.

But for all its recent climate progress, the Chamber of Commerce is not about to start backing Green-New-Deal-touting progressive firebrands, Holman said. Analysts say that the U.S. Chamber of Commerce’s endorsements mostly reveal the group’s confidence that the House will remain Democratic through 2022. Holman went so far as to call it “political opportunism,” giving the group a foot in the door to more aggressively lobby representatives from the Democratic majority.

For climate and the environment, he predicted, that might mean continued pushback against emissions regulations and restrictions on oil and gas exploration. The Chamber represents business interests, after all. If their endorsed candidates win, Holman predicted, the Chamber “will lobby those Democrats to try to get them to rein back their policies,” he said.