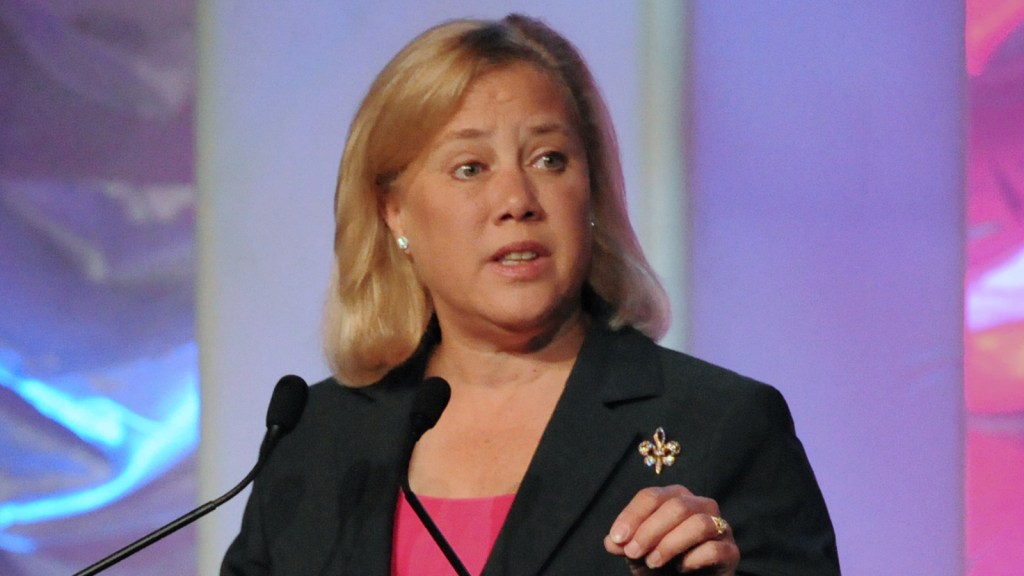 Sen. Mary Landrieu (D-La.) is running against President Obama instead of her likely Republican opponent, Rep. Bill Cassidy. Her first reelection ad of the year compiles clips of her standing up for her state’s oil and gas interests, attacking Obama for policies like the brief moratorium on offshore oil drilling imposed in 2010 after the disastrous BP oil rig explosion. “It’s 300,000 people that go to work every day in this industry,” Landrieu intones. “You can’t just beat up on them.” Implicitly working-class men — they have beards and engineer hats, but they’re too old to be hipsters — look on in solemn assent.

Landrieu also recently brought together 10 other Democrats from red or swing states to push Obama to approve the Keystone XL pipeline by the end of May. “It has already taken much longer than anyone can reasonably justify,” they argue in a letter sent to the president last week.

This is surely a good strategy in Louisiana, a state where Obama lost to Mitt Romney by more than 17 points — and where the oil industry directly employs around 62,000 workers and pays $1.4 billion a year in state taxes.

And Obama knows it’s in his interest to have Democrats hold onto the Senate. That’s why Paul Waldman of The American Prospect argues that there’s no harm done by Landrieu’s pro-fossil-fuel pandering in her new ad:

They know this is all in the game. And you’ll notice that the ad doesn’t actually describe anything in particular Landrieu has done. It’s a bunch of clips of her talking—talking on TV, talking at hearings, and so on. Landrieu is showing voters that she feels what they feel, and is angry on their behalf. If I were the administration, I’d say, “Talk all you want.” This is just posturing, and it doesn’t do any real damage if a southern Democrat postures against the Democratic party or a Democratic president. Because on balance, they’d rather have even a not-particularly-loyal Democrat in that seat than a Republican.

Now, there are certainly times when posturing turns to action, and real harm can be done. Some conservative Democrats in the past made a great show of being as critical as possible of Democratic goals, forcing the party to cater to them, and then siding with Republicans in the end (former Nebraska senator Ben Nelson comes to mind). But if all you’re doing is striking a pose? Knock yourself out.

Waldman’s analysis is correct in the abstract, but not totally applicable to Landrieu. Landrieu doesn’t just talk about how she prefers oil industry profits to clean air, clean water, and a stable climate. She acts on it. And her views matter more than those of the average senator, now that she is chair of the Energy and Natural Resources Committee. That’s why her ad brags that she holds “the most powerful position in the Senate for Louisiana.”

As I noted upon her ascension to the chairmanship, the American Petroleum Institute is quite happy with her taking on that role. She has a lifetime score of just 51 percent from the League of Conservation Voters, the second lowest of any Senate Democrat. Here are some of her career lowlights, from my previous piece:

In 2011, she voted in favor of an amendment sponsored by Senate Minority Leader Mitch McConnell (R-Ky.) to reverse the EPA’s decision to label CO2 a pollutant under the Clean Air Act. … In 2011, she voted against the Close Big Oil Tax Loopholes Act, introduced by Sen. Robert Menendez (D-N.J.), which would have done exactly as its name suggests. She voted for an amendment to the 2012 transportation bill that would have opened up vast areas of coastline to offshore drilling, potentially damaging coastal industries and interfering with military activity.

Landrieu also recently suggested that the U.S. consider lifting the ban on exporting crude oil, which would incentivize more drilling.

In her new ad, Landrieu boasts of having “forced” the Obama administration to end the offshore drilling moratorium. Surely she exaggerates, but it’s certainly true she did everything in her power to get those oil rigs back up and pumping immediately after one of them despoiled her state’s coast. Here is what The New York Times reported in October 2010, upon the administration’s lifting of the moratorium:

Senator Mary L. Landrieu, a Louisiana Democrat who has been among the most vocal critics, called it “a step in the right direction” but said the administration must speed the granting of permits and offer more clarity about the new rules.

Ms. Landrieu has single-handedly blocked Mr. Obama’s nomination of Jack Lew as White House budget director to protest the moratorium and said she would not release her hold yet. “When Congress reconvenes for the lame-duck session next month, I will have had several weeks to evaluate if today’s lifting of the moratorium is actually putting people back to work,” she said.

Oil and gas companies know who their friends in Congress are, and how to reward them. That’s why they are donating generously to Landrieu’s campaign. If they thought it would be more beneficial to have a Republican in her seat, they wouldn’t support her. It actually helps the industry to have a few Democrats from dirty-energy-producing states who will side with the Republican caucus on energy and climate issues, lending the anti-environment stance a veneer of bipartisanship.

From an environmental perspective, Landrieu presents an interesting conundrum. Any Republican from Louisiana would be even more disdainful of environmental protection than she is, and if Republicans take over the Senate, the Energy Committee would be chaired by Lisa Murkowski (R-Alaska), who is also more anti-environment than Landrieu. On the other hand, if Landrieu lost reelection while Democrats retained the Senate, she could be replaced as energy chair by a pro-environment Democrat such as Maria Cantwell of Washington. But with Democrats also facing competitive races this year to hold onto seats in states like West Virginia, Alaska, Iowa, Colorado, North Carolina, and New Hampshire, it is unlikely that they could lose Landrieu’s seat without losing the Senate.

Still, what Louisianans need is not more pandering to their dirty incumbent industries, but real talk about how rising sea levels, extreme weather events, oil spills, and salinization of the Bayou are threatening their land, biodiversity, health, safety, and livelihoods. Unfortunately, they won’t be getting it from Mary Landrieu, or from her Republican opponent. The oil industry still has too tight a hold on Louisiana.