Climate change is killing the unsung heroes of the oceans: Krill 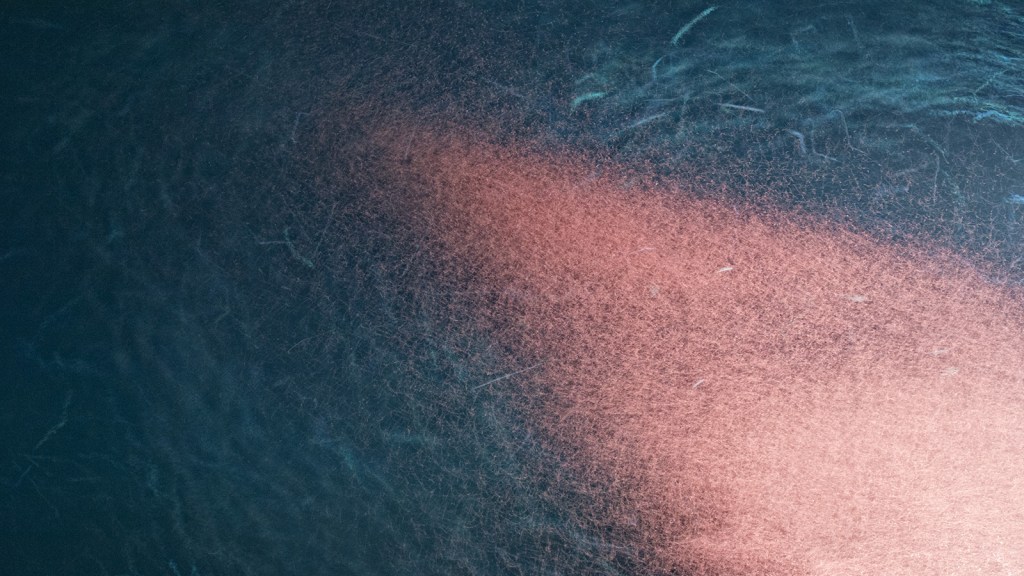 Climate change is killing the unsung heroes of the oceans: Krill

Have you thought about krill recently? No? Weird.

Well then, allow me: Krill — those tiny, shrimp-like crustaceans that are among the most important marine wildlife — are falling victim to climate change. And because of krill’s position on the food chain, this could be a very big problem. While you might not eat krill, that fish you had for lunch probably does, the New York Times reports:

In the Southern Ocean, most marine life is a direct predator of krill or just one step removed. Diminishing krill stocks can mean less food for squid, whales, seals, fish, penguins and sea birds.

“Higher levels of carbon dioxide in the water mean greater levels of ocean acidification,” said Dr. [So] Kawaguchi, whose laboratory holds the only research tanks in the world used to breed and study krill. “This interrupts the physiology of krill. It stops the eggs hatching, or the larvae developing.”

Kawaguchi has been studying krill for 25 years. Seven years ago, he first established the link between a warming planet and krill deaths by pumping carbon dioxide into krill tanks to mimic predicted ocean conditions of the future. The results? Not good. “We thought the krill might be more robust,” Kawaguchi told the Times. “We were not expecting such a clear result.”

Krill is the main food source of many major species of whales, including the 200-ton blue whale. You’d think the largest mammals ever to roam the earth might enjoy something a little more substantial for breakfast, but these massive beings feed almost exclusively on krill and small fish, eating up to 4 tons of krill in a day.

Surprisingly, this makes for some dramatic television:

Whales aren’t the only krill hunters. We, too, have something of an appetite for the weird little things. About 500,000 tons of krill were caught every year during the 80s, but that number dropped to 300,000 by 2014, according to the Times. Most of the catch is used for farmed fish feed and bait, and by the drug industry. Krill are also eaten in parts of Asia and used as an omega-3 supplement in the U.S. At least, they are for now.

“If we continue with business as usual, and we don’t act on reducing carbon emissions, in that case, there could be a 20 to 70 percent reduction in Antarctic krill by 2100,” Dr. Kawaguchi said. “By 2300, the Southern Ocean might not be suitable for krill reproduction.”

Of course, climate change could be totally reversed by then and this will all be something we laugh about circa 2300. Remember the great krill scare of 2015?, we’ll say from inside our cryogenic storage tanks. What a joke that was! HA HA HA HA HA!