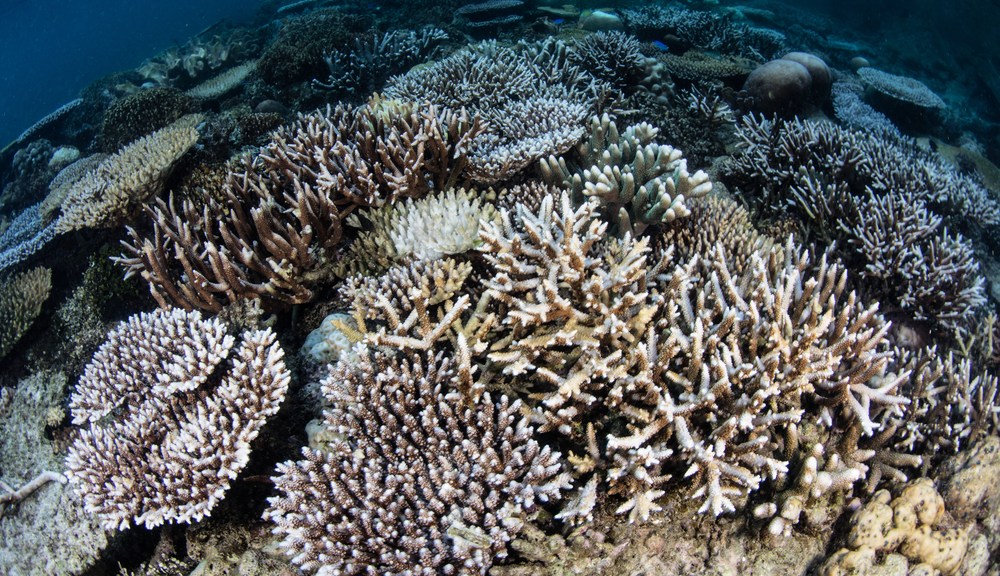 Herpes: Nobody wants ’em, everyone’s got ’em — even, it turns out, the Great Barrier Reef.

Or, rather, a herpes-like virus is invading the Great Barrier Reef. And according to a new study published in the journal Frontiers in Microbiology, this and other viral infections on the reef might become more common as climate change ups the ecosystem’s stress levels.

For the study, researchers collected bits of healthy-looking coral from a reef near Heron Island in Queensland, Australia, where recent bouts of warm temperatures, heavy rainfall, and high exposure to sunlight had the coral especially stressed out.

Back in the lab, the scientists found their coral samples were crawling with viruses — as much as two to three times more than what had previously been reported for that and other parts of the Great Barrier Reef. They also watched some of the samples, as well as the reef itself, bleach over the course of just a few days (none were bleached when the researchers first collected them).

Rebecca Vega-Thurber, an assistant professor of microbiology at Oregon State University and one of the coauthors on the study, explained in a press release that this research indicates a possible connection between coral bleaching and viral infections that has so far received “very little attention.” Here’s more from the release:

“This is bad news,” Vega-Thurber said. “This bleaching event occurred in a very short period on a pristine reef. It may recover, but incidents like this are now happening more widely all around the world.”

Last year, NOAA declared that the world was now experiencing its third global coral bleaching event, the last two being in 1998 and again in 2010. The current event began in the northern Pacific Ocean in 2014, moved south during 2015, and may continue into this year, NOAA officials said.

NOAA estimated that by the end of last year, almost 95 percent of U.S. coral reefs were exposed to ocean conditions that can cause corals to bleach.  If corals die, there will be less shoreline protection from storms, and fewer habitats for fish and other marine life.

While the connection between bleaching and viral infections still requires more research — and many viruses don’t even attack the organisms they live on — one thing that Vega-Thurber and her colleagues do conclude in their paper is that “stressful environmental conditions can rapidly trigger the onset of viral infection” by multiple viruses at once.

But then again, anyone who’s ever suffered from cold sores (aka oral herpes) coulda told you that.