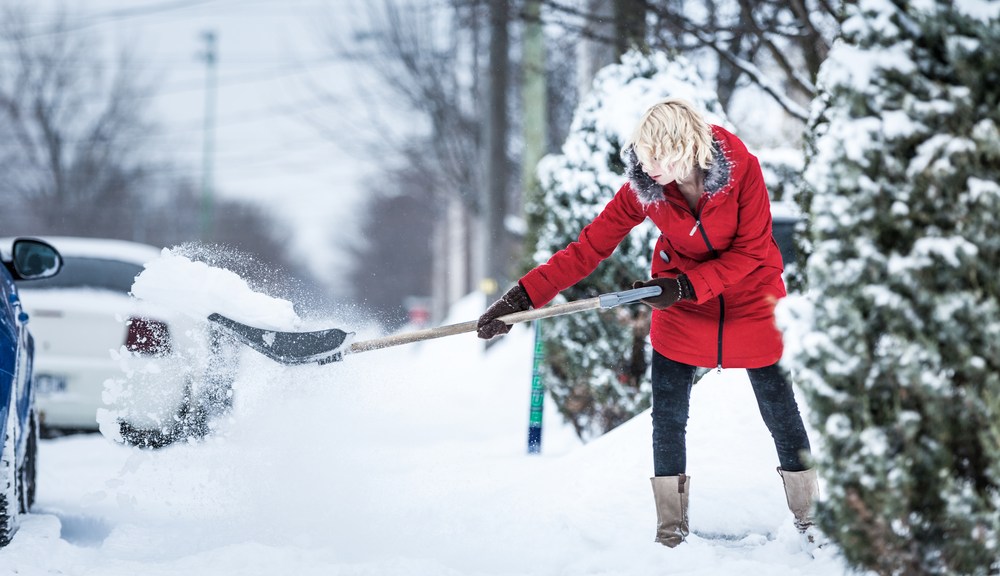 Nothing ruins some good wintertime hygge like a shovel.

Hygge (pronounced “hue-gah”), for those who don’t know, is the Danish word for that warm, cozy feeling that you get when you’re snuggled on a couch by a crackling fire, drinking hot cocoa, and watching snow fall outside your window. It’s also the feeling that’s brutally snatched away when you realize that you aren’t, in fact, in a commercial for wool socks and instead have to grab your shovel, throw on a few hundred layers of clothes, and dig your way back to society.

But what if you could skip the shovel part? What if there existed some kind of magical concrete that could melt snow on impact, ensuring clear driveways, sidewalks, and roads on which to carry on your hygge until, inevitably, you remember that there are three more months of this shit, and you fall into a deep depression? Well, dream no more, children. I give you electrified concrete:

This gift from the heavens is the brainchild of Chris Tuan, a professor of civil engineering at the University of Nebraska-Lincoln. It’s mostly just regular concrete, but Tuan and his colleagues added steel shavings and a carbon byproduct of coal mining to the mixture in order to make it conduct electricity. Then, using about 13 watts of energy per square foot, they were able to heat the concrete to a relatively cold — but warm enough to melt snow — temperature of about 40 degrees F, Tuan told National Geographic.

The Federal Aviation Administration is currently testing the concrete for use on tarmacs, according to a University of Nebraska press release. But the material has already proved useful on a bridge just outside of Lincoln. Here’s more from the press release:

In 2002, Tuan and the Nebraska Department of Roads made the 150-foot Roca Spur Bridge the world’s first to incorporate conductive concrete. Inlaid with 52 conductive slabs that successfully de-iced its surface during a five-year trial run, the bridge exemplifies the sort of targeted site that Tuan envisions for the technology.

“Bridges always freeze up first, because they’re exposed to the elements on top and bottom,” Tuan said. “It’s not cost-effective to build entire roadways using conductive concrete, but you can use it at certain locations where you always get ice or have potholes.”

But before you toss the shovel and jump on the electro-concrete bandwagon, a few questions:

First: How many greenhouse gas emissions does this stuff produce? Regular concrete is a well-documented contributor to climate change, because its primary ingredient is cement, and the cement industry alone is responsible for about 5 percent of CO2 emissions. Presumably, cement is also a primary ingredient in this electro-concrete, since the additives only constitute about 20 percent of the mixture, according to the press release.

Second: How do we feel about using byproducts of steel manufacturing and coal mining to make magical concrete? Sure, if these materials are going to waste anyway, then we might as well use them. But in the long term, it might be more sustainable to use materials that don’t rely on such environmentally destructive industries.

And finally: If I have an electrified driveway (powered by renewable energy, of course), could I crank that baby up to, say, 80 degrees? I’m just thinking that a nice fire pit, a few lawn chairs, some friends, and a bit of hard cider (heavy on the hard) out front on a clear winter night would make for some nice hygge.

Anyway, until then, check out what hygge means to these Danes: