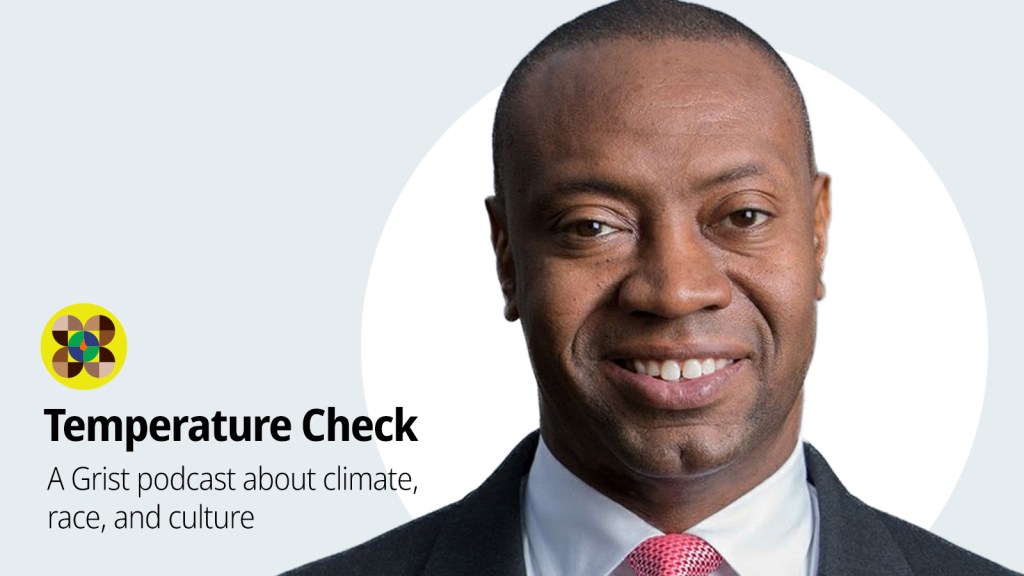 How do climate science and fatherhood relate to the racial-justice demonstrations of summer 2020? To start the new year, the ninth episode of Temperature Check — Grist’s new podcast on climate, race, and culture — covers this and plenty more.

Host Andrew Simon and guest Marshall Shepherd kick things off with thoughts on climate under the Biden administration and the inspiration behind Shepherd’s new book. Then they dive into a discussion of bias, the urgency of communicating and diversifying climate science, and what it means to be a father.

Guest Marshall Shepherd is the Georgia Athletic Association distinguished professor of geography and atmospheric sciences at the University of Georgia, and director of its Atmospheric Sciences Program. He was the 2013 president of the American Meteorological Society (AMS). Prior to academia, he spent 12 years as a scientist at NASA Goddard Space Flight Center and was deputy project scientist of the Global Precipitation Measurement Mission.

Shepherd is the host of The Weather Channel’s Weather Geeks podcast and a contributor to Forbes Magazine. He chairs the NASA Earth Science Advisory Committee and has previously served on NOAA’s Science Advisory Board. His research primarily centers around hydrometeorological extremes, urban climate, and the intersection of weather and society. He has received numerous awards including the 2004 White House PECASE Award, the Captain Planet Foundation Protector of the Earth Award, the 2019 AGU Climate Communication Prize, the 2020 Mani L. Bhaumik Award for Public Engagement with Science and the 2018 AMS Helmut Landsberg Award. He received his B.S., M.S. and PhD in meteorology from Florida State University.

Shepherd has two TEDx talks on climate science and communication that collectively exceed two million viewers. He is routinely asked to brief the media, Congress, and the White House on weather-climate-science related topics.

You can listen to the ninth episode of Temperature Check on Grist, and subscribe to the podcast on Apple, Spotify, or wherever you get your podcasts. New episodes will drop weekly.

The Race Awakening of 2020: A 6-Step Guide for Moving Forward

TEDx talk: 3 kinds of bias that shape your worldview