From paradise to Superfund, afloat on New Jersey's Passaic River

For the first 18 years of my life I lived along the final 17-mile stretch of the Passaic River. That’s the dirty, ugly part of the river that passes through the most crowded, industrialized part of the United States.

The Passaic forms the western border of my home town: North Arlington, New Jersey, a tiny borough just a few miles north of the river’s mouth in Newark. Our house sat on a steep slope above the river. In the winter, when the oak and maple trees were all bare, I could see the water from our front porch. Sometimes in summer, when a flood tide overwhelmed the river’s sluggish current, the Passaic would smell faintly of the sea.

The Passaic was my home town river, but I didn’t have much to do with it as a kid. I crossed over it often enough, every time we visited my mother’s family, who lived on the other side. But I rarely played by the Passaic. I never fished it or took a boat out on it. I certainly didn’t swim in it. I didn’t really know the river. I just knew that it gave me the creeps. The lower Passaic flows through the most densely populated, heavily industrialized area in the country.Photo: Mary Bruno

Like the state it flows through, the river has a serious image problem. The Passaic is as historic as New York’s storied Hudson, and in some places — the 77-foot-high cascade in Paterson, for one — it is just as majestic. But most people, even some New Jerseyites, have never heard of the river. Those who have know it only as one of America’s most polluted waterways. It’s hard to bond with a river like that.

The Passaic is a poster child for rivers — for nature — everywhere. The river had been the lifeblood of the region, the source of food and power, the playground of the rich, the avenue of transportation, communication and commerce. The first white settlers sailed up the Passaic in 1662 and founded Newark, the nation’s third oldest city, on its banks. The river’s abundant charms fueled an explosion of growth and industry that transformed the fledgling United States into a global manufacturing powerhouse. But in time the industrial revolution it spawned would poison and betray the Passaic. By 1952, the year I was born, the river’s beauty and majesty were dim and distant memories. Its lower stretch was a toxic canal. The Passaic wasn’t a source of wonder and delight, or even interest anymore. For a whole generation, my generation, it inspired fear, revulsion, and denial instead.

The river wasn’t fearsome in any traditional sense. It didn’t rage or thunder. It didn’t loll along and then suddenly turn into a boil or hurl itself over a cliff — not this far downstream anyway. It wasn’t icy cold or booby trapped with eddies. It wasn’t even that wide; a dog paddler like me could make it all the way across. But the river scared us just the same. It scared us in a deep down creepy kind of way.

Surely, I thought, there must be more to my home town river than the oily, garbage-strewn slough that I remembered. 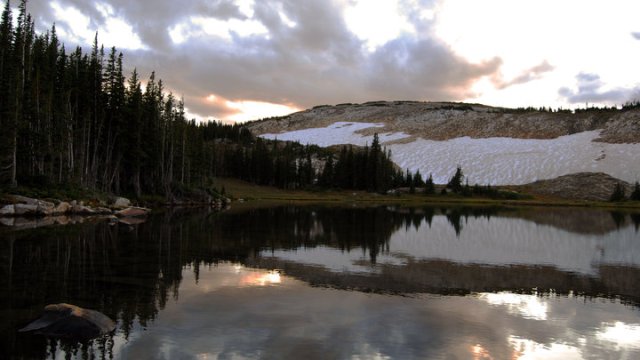 Taunton River in Bridgewater, Mass.Photo: Corrie Collin Water covers 70 percent of the Earth’s surface, but chances are there’s a body of water close to home that’s also close to your heart — a fjord that strikes your fancy, a …
See all articles in this series