A nuclear plant designed like Fukushima is right in Florence's path 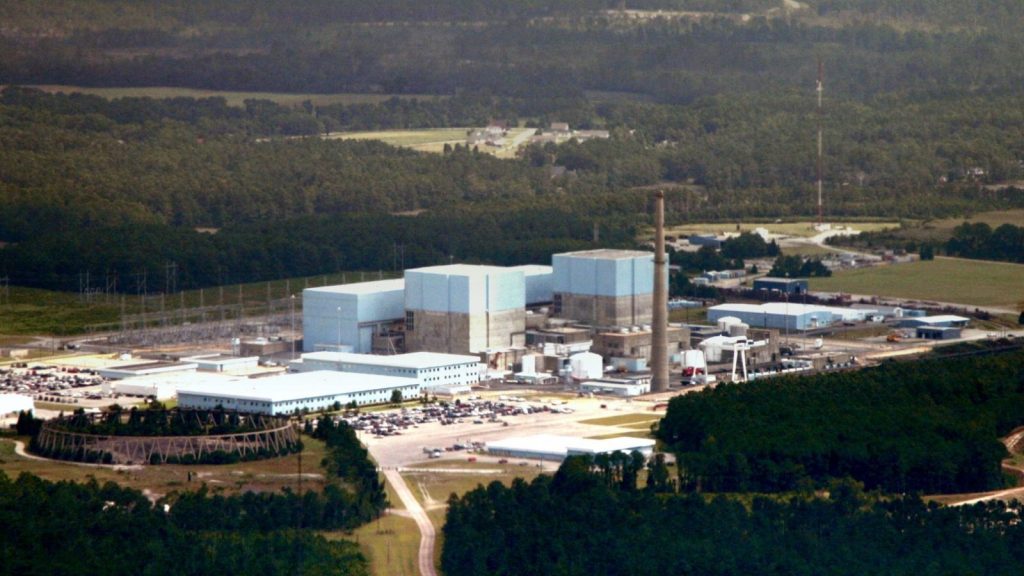 On March 11, 2011, a one-two, earthquake-tsunami punch knocked out the safety systems at the Fukushima Dai-ichi nuclear power plant, triggering an explosion of hydrogen gas and meltdowns in three of its six reactors — the world’s worst nuclear disaster since Chernobyl. Fukushima’s facility was built with 1960s technology, designed at a time when engineers underestimated plant vulnerabilities during natural disasters. In the U.S., 20 plants with similar designs are currently operating.

One of them is slated for a head-on collision with Hurricane Florence.

Duke Energy Corp’s dual-reactor, 1,870-megawatt Brunswick plant sits four miles inland from Cape Fear, a pointy headland jutting into the Atlantic Ocean just south of the city of Wilmington, North Carolina. Brunswick has survived decades of run-ins with hurricanes, but Florence could be its biggest test yet.

The plant perches near the banks of the Cape Fear River, which drains 9,000 square miles of the state’s most densely populated regions. Like Hurricane Harvey in 2017, Florence is predicted to stall out for days, pounding the Carolinas with unrelenting amounts of water, leading to life-threatening storm surges and catastrophic flooding. NOAA’s National Hurricane Center is projecting 110 mile-per-hour winds, waves as high as 13 feet, and in some places, up to 40 inches of rain.

A life-threatening storm surge is expected from #Florence, particularly along the North Carolina coast between Cape Fear and Cape Lookout, including western Pamlico Sound and the Pamlico and Neuse Rivers. Water levels are already quickly rising in these areas @NHC_Surge pic.twitter.com/wyxrp20CGJ

Officials at Brunswick say the plant is bracing for the impending destruction. “We’re monitoring the meteorological conditions, and if we have certainty that the winds onsite will reach 73 miles per hour, then we’ll begin an orderly shutdown of the units,” said Karen Williams, a spokesperson for Duke Energy, reached by phone Wednesday afternoon.

The company also brought in workers ahead of the storm’s landfall who will stay through its duration, sleeping on cots and blow-up mattresses, so that the facility has enough staff to handle multiple shifts. In the last few days they’ve been doing walk-throughs of the plant, inspecting diesel-powered backup generators and installing waterproof steel barriers on nine doors that house important safety equipment.

These precautions are relatively new for Brunswick. They’re part of a sweep of changes nuclear plants around the U.S. have adopted post-Fukushima.

Following the accident in Japan, a task force of senior Nuclear Regulatory Commission staff used the lessons from that disaster to draft new rules for the U.S. When the earthquake’s tremors hit Fukushima, knocking out the electrical grid, the plant’s emergency diesel generators kicked in as expected to provide emergency power. It was the wave of water that hit 40 minutes later that damaged that backup equipment, plunging the plant into total blackout. Without power, operators lost the ability to pump water into the reactors, exposing the cores, and leading to the explosive meltdown. From this, the NRC’s big initiative to make U.S. nuclear plants better prepared for such extreme events included the particular goal of making them less vulnerable to flooding.

“Every plant in the country was required to re-examine potential flooding hazards from any source — be it storm surge, intense rainfall, river flooding — with up-to-date models,” says Scott Burnell, a public affairs officer for the NRC. The Commission then compared the results of those reports to the plants’ flood protection features.

Duke predicted a maximum storm surge of 7 feet at the plant’s safety-related buildings. But the plant was originally designed to cope with only 3.6 feet of expected surge, according to the NRC’s 2017 summary assessment of Duke’s hazard reevaluation report, which has not been made public.

In a letter earlier this year, the NRC reminded Duke that the plant’s current design falls short of the reevaluated flood risks. According to Burnell, Duke has since submitted an assessment of how it will cope — including the use of those steel door reinforcements — which the NRC is still evaluating. “The review is not complete but there’s nothing in there to this point that causes us any concern,” says Burnell.

Duke’s Williams echoed the sentiment, saying that the company doesn’t expect any flooding damage at Brunswick, which sits 20 feet above sea level. “Our plant is designed to handle any kind of natural event, including a hurricane,” she said.

Storms can be unpredictable, however. Dave Lochbaum, who directs a nuclear safety watchdog group at the Union of Concerned Scientists, has spent a lifetime studying nuclear failures. Brunswick troubles him because in 2012, Duke found hundreds of missing or damaged flood protections at the plant, such as cracked seals and corroded pipes. According to the group, none of the NRC’s subsequent reports have mentioned repairs.

“Hopefully they’ve been fixed,” says Lochbaum. “But we’ve not been able to confirm that with the available documentation.”

He credits Brunswick for following through on the NRC’s post-Fukushima orders to install additional equipment — pumps, generators, hoses, cables, battery-powered sensors — to maintain safe levels of cooling in the event the plant loses its connection to the grid and use of its emergency diesel generators. But Lochbaum points out that history proves such preparation might not be enough.

In its 2012 post-Fukushima review, Florida Power & Light told the NRC that flood protections at its St. Lucie plant on South Hutchinson Island were adequate, despite failing to discover six electrical conduits with missing seals in one of the emergency core cooling systems. Two years later, a freak storm inundated Florida’s central coast with record rainfall, flooding one of the plant’s reactors with 50,000 gallons of stormwater. The deluge submerged core cooling pumps, rendering them useless. Had the reactor faltered during the storm, the plant would not have been able to maintain a safe and stable status beyond 24 hours, according to an NRC notice of violation issued to FPL after the incident.

Something similarly freakish happened at Entergy’s Arkansas Nuclear One plant in March 2013. Workers were transporting a 525-ton generator during a maintenance outage when the rigging collapsed, sending it crashing through the floor, rupturing a fire main. Emergency systems began pumping water into the facility, causing flooding and damage to electrical components shared by both reactors.

“I’m not projecting that Florence is going to cause the next St. Lucie, or Arkansas,” says Lochbaum. But those incidents serve as a reminder that nuclear plants are vulnerable to extreme events, like superstorms. “The only two times we’ve been challenged by floods since Fukushima we’ve come up short-handed,” he says. “Both those plants thought they were ready, until they weren’t.”

Duke is also preparing five other nuclear plants in the projected impact area of the 400-mile-wide hurricane. The good news is that local residents have had ample warning. More than 1.5 million residents across North and South Carolina have been ordered to evacuate their homes before the eye of the storm makes landfall on Thursday.