Climate hero Neil deGrasse Tyson may be a MeToo villain. What now? 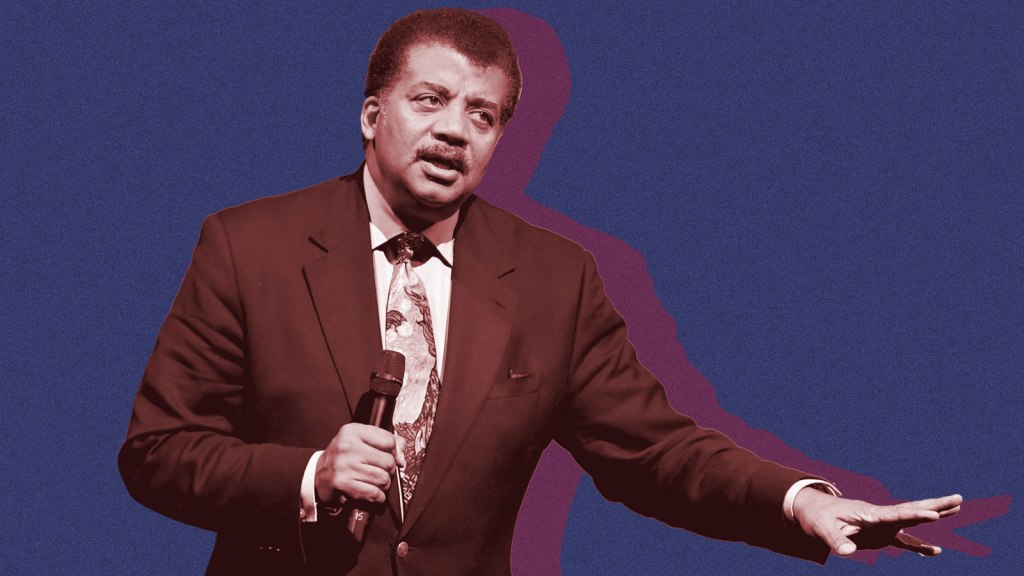 Climate hero Neil deGrasse Tyson may be a MeToo villain. What now?

Over the course of the past week, three new women have come forward to accuse Neil deGrasse Tyson of sexual misconduct. Tyson’s total accusations come from four women, one of whom came forward publicly as early as 2010, and range from drugged rape to unwanted touching. The mounting stories, which span a time period of 30 years, are garnering attention now that the MeToo movement has secured, at long last, the public’s attention to these types of stories.

Tyson responded to these accusations last Saturday in a Facebook post titled, “On Being Accused.” In the note, he admits certain aspects of the incidents did occur, but says he experienced them differently from his accusers — moments he at times describes as “intimate,” with “genuine affection” and “enthusiasm.”

“Evidence always matters,” Tyson writes of the accusations, “But what happens when it’s just one person’s word against another’s, and the stories don’t agree? That’s when people tend to pass judgment on who is more credible than whom. And that’s when an impartial investigation can best serve the truth – and would have my full cooperation to do so.”

Tyson is the latest in a long string of powerful men — producers, politicians, journalists, CEOs, chefs, you name it — to be accused of sexual harassment and assault. But I’m particularly curious to see how the public handles Tyson’s case. For those who instinctively side with Tyson’s version of events, what will that say to women in STEM? Or women anywhere? And for those who trust these women, will Tyson be “cancelled,” in the parlance of the moment — erasing his work on climate awareness, for example?

Tyson has occupied a position of authority in science and science communication, particularly when it comes to calls to action on climate change. It’s something more than authority, even — it’s adoration.

In the last post, I gushed over Tyson’s heartwarming antics as he told a first-grade girl that her natural curiosity about the world and rudimentary investigations into its delights — puddles, the sound of banging metal, etc. — were signs of an early interest in science. It is, indeed, uplifting to see a small girl be encouraged to pursue a field that’s been historically unwelcoming to women — and more than that, to be encouraged by one of the most famous faces of that field. It had all the makings of some fine clickbait circa 2014!

But, as we know, one heartwarming video does not exactly make STEM a girl’s club. As that girl grows up, she will learn that objectivity is sacrosanct in science. She will also watch as women in science come forward to share their experiences of being attacked, harassed, and assaulted, and that their ability to “objectively” determine the harm done by the men in question will be frequently doubted.

Maybe that was your experience, detractors will say, but the man you’re accusing experienced it another way. Who is right?

Case in point: Tyson, in his Facebook post, includes details that imply he should be considered the objective, trusted participant in each of these scenarios. This woman offered a hug in departure, so she couldn’t have been that upset; that other woman is a devotée of New Age-y online videos, so she has to be pretty kooky; this woman never said she was uncomfortable at the time, so no take backs!

Accomplishment in a certain field should not be an all-access pass; because you are the model for planetary popular science does not render your morality unassailable. That is the purest application of objectivity; that you are able to see all of a person’s gifts and flaws, and not allow the former to cloud judgment of the latter.

Knowing what we do now, I rewatched Tyson’s words to that first-grader. He is a figure of authority, and in that moment, he used it to make her feel powerful. What he seemed to say to that small girl was: You are important enough to try to understand the world, just like I do. That was a significant gesture, and I don’t find it less meaningful in the aftermath of the allegations that Tyson used his authority at other times to make other women feel small — in ways at best, questionable, and at worst, monstrous.

That evening in the university gym, he did a good thing. But doing a good thing does not make one a good person, and we should be able to separate the two. I continue to respect Tyson as an astronomer, a powerful voice on climate action, and an advocate for diversity in science. I respect him less as a man. I am aghast that he would leverage his popularity to contrast himself against his accusers.

Over the course of the MeToo era, the practice of hero worship feels increasingly absurd. I would like to celebrate the things that people do, when they are worthy of celebration, and not make it a blank check of approval for who they are. All people are flawed; some are evil. That little girl need not look up to Neil deGrasse Tyson the man; but I don’t believe that should negate the confidence in herself that he may have helped to build.

A block of encouragement from an imperfect person should not make for a less steady foundation. Science is built “on the shoulders of giants,” not saints. And when they topple, perhaps we can let them go and continue to climb.