Climate science's official text is outdated. Here's what it's missing. 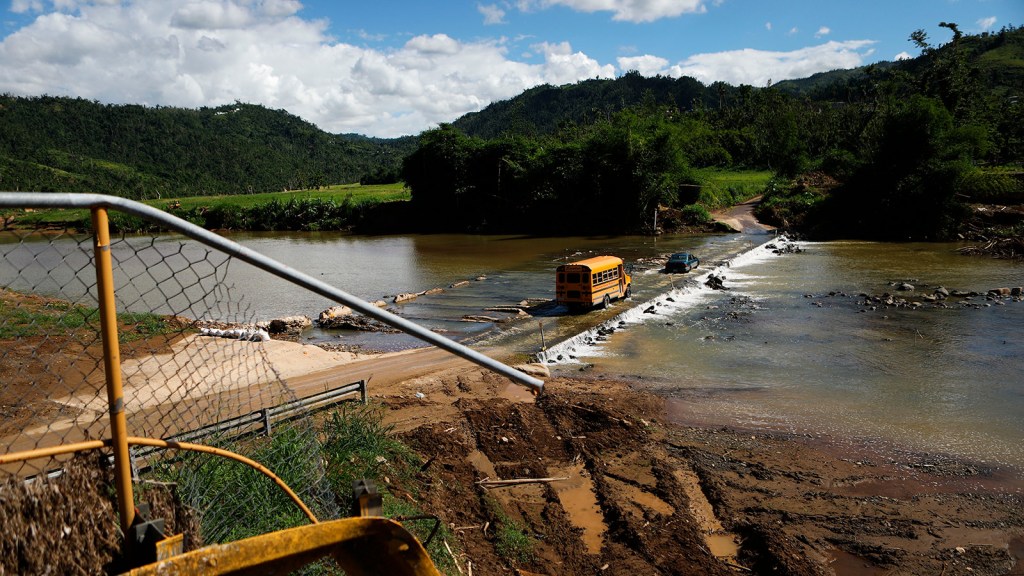 A school bus crosses a makeshift bridge for vehicles, near where the original bridge was washed away by Hurricane Maria flooding, on December 20, 2017 in Morovis, Puerto Rico. Mario Tama/Getty Images
status update

The first-ever courtroom tutorial of climate science this week went about as you’d expect. The scientists representing Oakland and San Francisco had Powerpoint problems, and the oil industry’s lawyer cherry-picked his facts.

For all their differences, both sides drew from a common source: The Intergovernmental Panel on Climate Change is the gold-standard for mainstream climate science. Problem is, the last IPCC report came out way back in 2013. As it turns out, we’ve learned a lot about our climate since then, and most of that new information paints an increasingly urgent picture of the need to slash fossil-fuel emissions as soon as possible.

Chevron attorney now up – "from Chevron's perspective there's no debate about climate science" going to be quoting chapter and verse from IPCC reports. It's an "amazing resource"

It’s convenient that Chevron’s attorney relied on that aging five-year-old report. The next IPCC report isn’t planned for public release until the fall of 2019. Gathering consensus takes time, and the result is that IPCC reports are out of date before they’re published and necessarily conservative.

The climate models used in these reports grow old in a hurry. Since the 1970s, they’ve routinely underestimated the rate of global warming. Some of the most recent comprehensive assessments of climate science, including last year’s congressionally-mandated, White House-approved, Climate Science Special Report, include scary new sections on “climate surprises” like simultaneous droughts and hurricanes, that have wide-reaching consequences. The scientists representing the two cities knew this, and didn’t limit their talking points to the IPCC.

“Positive feedbacks (self-reinforcing cycles) within the climate system have the potential to accelerate human-induced climate change,” says a section from that Climate Science Special report, “and even shift the Earth’s climate system, in part or in whole, into new states that are very different from those experienced in the recent past.” None of this was included in the last IPCC report.

Actually, a helluva lot has changed in our understanding of the Earth’s climate system since the 2013 IPCC report. Here are some of the highlights:

The climate system is moving much more quickly than we thought, and human action to curb climate change is moving much too slowly. Nasty surprises are increasingly possible, and hopeful surprises are more necessary than ever. But there’s some solace to take from this week’s events. The hearing this week is just one of the many courtrooms in which Big Oil has been forced to defend itself. Challenging polluters directly through the courts might result in one of those hopeful surprises people weren’t betting on five years ago.