It’s no secret that the Trump administration has been deleting climate change from government websites. Perhaps the saddest part of it all has been the fate of the EPA’s climate page, which used to provide information on the health and environmental impacts of human-induced climate change.

Shortly after President Trump took office in January 2017, a spokesperson for the EPA transition team told The Hill that there were no plans to take down content regarding climate change. “We’re looking at scrubbing it up a bit, putting a little freshener on it, and getting it back up to the public,” he said.

Nearly two years later, that “little freshener” has turned into an overhaul.

In April 2017, the EPA’s climate change page was taken down for revisions to “reflect the agency’s new direction under President Donald Trump.”

After a year and a half of waiting, it’s now clear that there is no update coming. The page has dropped the pretense of revisions, an analysis by the Environmental Data & Governance Initiative shows. The site dropped the line “This page is being updated” in October and replaced it with “We want to help you find what you are looking for.” 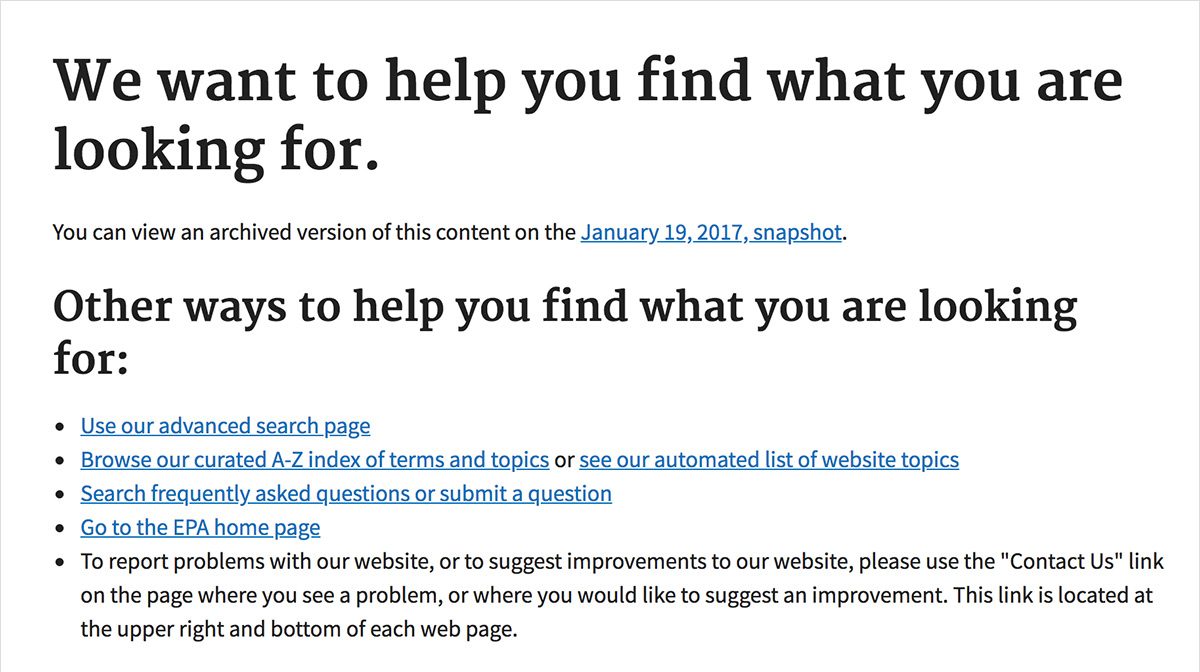 Thankfully, it still links to a snapshot of the page from when President Obama was in office. If what you’re looking for is up-to-date climate change data from 2018, however, you’ll have to look elsewhere.