Grab your apocalypse bag -- it's fire season in California 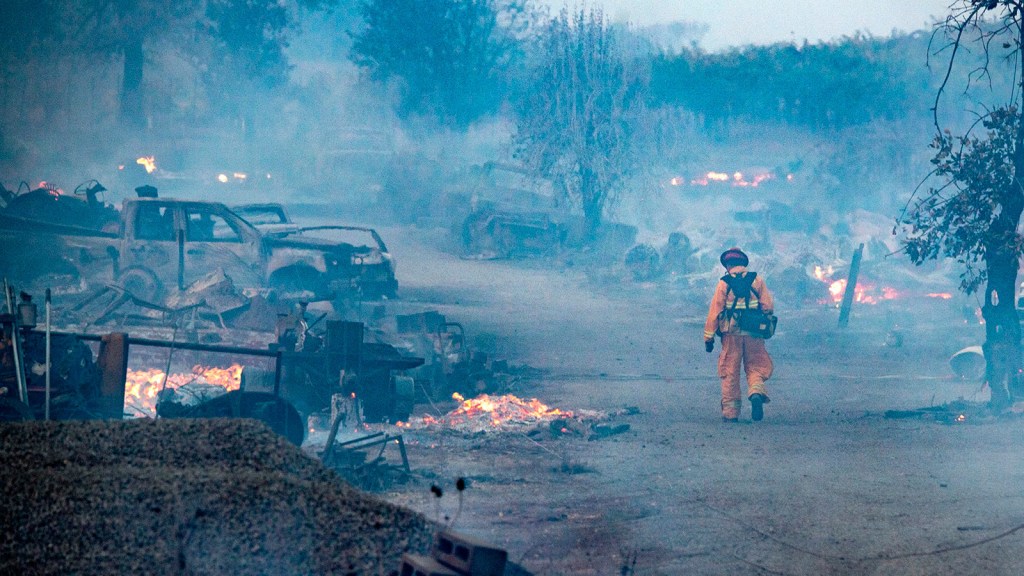 It’s officially fire season in California. Dry winds rush in from the desert to the east, smoke turns midday to twilight, people hurry from place to place in facemasks, and the electricity goes out.

That’s been the story for the last three years. The risk of wildfires has always been high in the fall when the wind that usually carries cooling fog from the ocean into the interior reverses course. But it has never been so consistently bad. There’s plenty of blame to go around, but behind it all is a warming climate that’s killing trees, drying out brush, and turning bad behaviour into disasters.

California's hottest new club is fire season. This place has everything: power shutoffs, retardant baths, air grit, and entire weeks when the sun turns into a sad red ball. https://t.co/BameY4GQsC

Meteorologists predicted the dangerously dry weather a few days in advance, and Pacific Gas & Electric, the state’s largest utility, let customers know that it would be turning off power to guard against windblown branches crashing into power lines. I was visiting my parents in Nevada City, a 3-hour drive east of my home in the Bay Area, when the lights went out on Saturday. The kids delighted at the novelty of it We set jugs of water by the sinks and made our way to bed by lamplight. In the morning, despite protests from the children, my father fired up the noisy generator he had hooked up to his propane tank, so we could do the dishes, cool the refrigerator, and check the news.

In Southern California, people grabbed their “apocalypse bags” of pre-packed necessities and made their way through jammed roads out of harm’s way. Former Governor Arnold Schwarzenegger and basketball star LeBron James were among the evacuees. James had to try four hotels before he found one with room for his family.

Man these LA 🔥 aren’t no joke. Had to emergency evacuate my house and I’ve been driving around with my family trying to get rooms. No luck so far! 🤦🏾‍♂️

The search for housing was tougher in Northern California wine country, where evacuations from the Kincade fire have forced some 200,000 people out of their homes. People have been sleeping in churches and fairgrounds. Officials ordered mandatory evacuations from an area stretching from the active fire east of Highway 101 all the way to the Pacific Ocean as 70 mile-per-hour winds whipped the flames to the west. Some of the houses rebuilt since the 2017 fires may burn again. The smoke was dangerously thick in many parts of wine country, but farmworkers were still out picking grapes.

Many of the schools in the Bay Area closed, and those closest to the fire will be shut all week. More than 100,000 students stayed home Monday around Los Angeles. Firefighters worked to contain the Getty Fire in west Los Angeles, in anticipation of the most severe winds so far this year. PG&E expects to cut power to more than half a million customers on Tuesday and Wednesday.

On Sunday, when I surveyed routes for driving home, I found my options were limited. To the west, the Kinkade Fire was swallowing more of wine country. To the east, a handful of small fires were blazing. And in the middle, a wall of fire had engulfed the Carquinez Bridge, closing Interstate 80, our usual path home. We waited for hours. Fortunately, firefighters quickly put out most of the new fires, I-80 reopened, and we slipped home Sunday evening, gawping at smoking black patches on either side of the road.

The winds have calmed here in the Bay Area, but it’s only temporary. The weather is supposed to turn incendiary again by Wednesday. It’s just what Californians have come to expect. After all, it’s fire season.