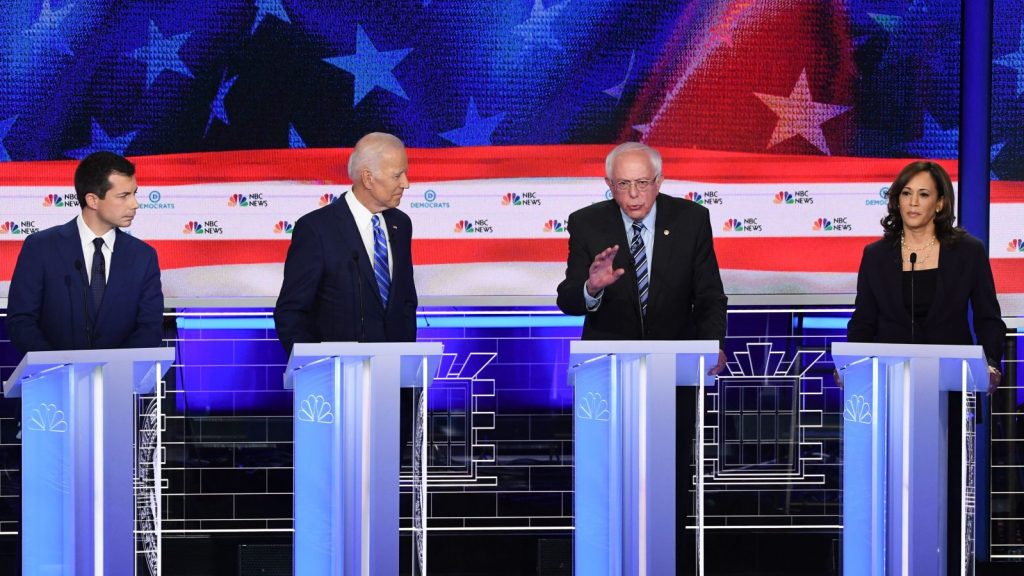 There was no shortage of Green New Deal fans on the primary debate stage in Miami last week. Of the 20 debate-qualified Democrats vying to oust President Trump next November, almost all have come out in favor of the progressive proposal to pair fighting climate change with economic reforms.

But is support for the Green New Deal still the best way to determine if your favorite candidate is a climate hawk? As more and more presidential hopefuls release ambitious climate plans, that particular green credential is rapidly growing outdated.

On Monday, the progressive think tank Data for Progress released a new assessment of where each candidate stands on the Green New Deal.

Rather than looking at whether a given candidate has shouted “I support the idea of a Green New Deal” into a void somewhere in Iowa, the assessment is based on the cold, hard facts. Has the candidate released a climate policy proposal, and, if so, how does it stack up against 48 “essential Green New Deal components” determined by the think tank?

Those components include things like: holding polluters liable for their pollution, carbon removal technology, and sustainable farming. It also takes a look at how the plan in question aims to accomplish said issue. For example, plans that seek to enact a green agenda via “federal policies and actions” got full points, while goals without clear policies in place got half points.

All of the senators running for president are co-signers of the resolution introduced in Congress in February by Representative Alexandria Ocasio-Cortez and Senator Ed Markey. Only Elizabeth Warren has a climate plan while Bernie Sanders, Kirstin Gillibrand, Cory Booker, Amy Klobuchar, and Kamala Harris have yet to release comprehensive climate proposals. The eight candidates who support the resolution but don’t have climate plans yet, including those five senators, are relegated to a small section on the right side of the rubric. Left side: wheat, right side: chaff. For now.

By choosing to use climate plans as their main differentiator, Data for Progress’ results look different from those produced by Greenpeace, for example, which recently released a scorecard based on a combination of each candidates’ environmental record, support for the Green New Deal resolution, and climate plan.

In Data for Progress’ version of where the candidates stand, four candidates’ plans qualify as “thorough”: Beto O’Rourke, Elizabeth Warren, Joe Biden, and, of course, Jay Inslee (whose plan got a “very thorough,” the highest score of the bunch). John Hickenlooper, John Delaney, and Michael Bennet, the only other candidates who have released full-blown climate plans, got an “incomplete” from Data for Progress (Delaney got a “very incomplete”).

In Greenpeace’s scorecard, Biden and Beto came in seventh and ninth place, respectively (a B and B-). Warren was relegated to fourth place, and Inslee, the self-proclaimed “climate candidate” who has released four climate plans so far, came in first, naturally. In Greenpeace’s breakdown, Sanders and Booker, who don’t have climate plans, ended up outranking everyone but Inslee.

Data for Progress’ rubric sets a new and improved standard for judging candidates’ support for the Green New Deal. Words aren’t enough anymore. Give the people what they want: climate plans.