Humans cause climate change. Do we just need fewer humans? 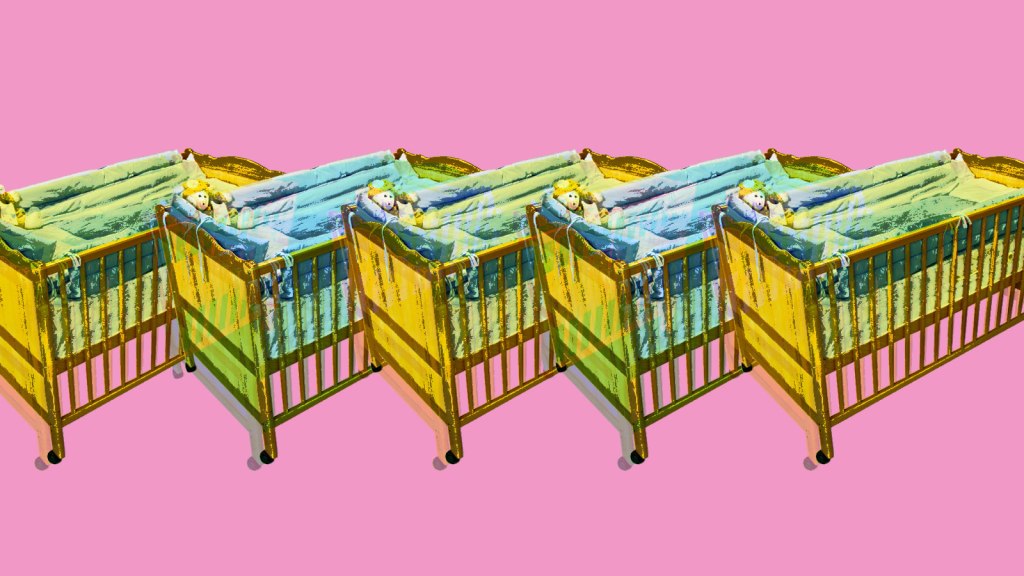 Humans cause climate change. Do we just need fewer humans?

Q. How come the huge impact of our population growth on climate change doesn’t get more attention when we talk about how to take action against warming?

— Too Many Humans, Too Little Time

There’s long been a contingent of environmentalists who love to point to the world’s population as a major factor in humans’ self-destruction. The logic seems basic: Climate change is caused by humans, so fewer humans should limit the harm of climate change.

The “optimal” global population to sustain ecosystems is considered to be between 1 and 2 billion. The actual population at present is a bit more than 7.5 billion.

The issue of how you arrive at fewer humans is decidedly less basic. Some entity has to dictate which humans get to produce more humans — or in an even more macabre scenario, which humans stay and which humans go. The way that societies have made that decision, historically, is by ranking the worth of different groups — usually by ethnicity, often by sexuality, frequently by mental and physical ability — and sterilizing those deemed to be of lower value. In the U.S. alone, Latinos, Native Americans, African-Americans, and the mentally ill and disabled have all been victims of this dehumanizing practice, shockingly all as recently as the 1970s.

“A main argument for why those coerced sterilizations were done was to alleviate the pressure that population growth was putting on state resources, because these groups were disproportionately receiving welfare,” Jade Sasser, a professor of feminist political ecology at the University of California, Riverside, and author of On Infertile Ground: Population Control and Women’s Rights in the Era of Climate Change, told me.

That argument goes directly back to the English economist Thomas Malthus, who wrote in the late-18th century that unchecked population growth would bring with it food shortages, illness, and conflict, she explained. “And it actually exacerbates inequality because it suggests that the poor and people of color are responsible for the inequalities that actually constrain their lives and their choices.”

The man who many count as responsible for bringing Malthusian logic into mainstream environmental theory is Stanford University conservation biologist Paul Ehrlich, co-author of the controversial book “The Population Bomb.” (His wife, Anne, is his frequent collaborator and an uncredited co-author on that seminal work.) I called him to try to answer how much we can blame overpopulation for climate change.

Fifty years after his book’s release, Ehrlich still believes that population is an under-recognized threat in environmental degradation because it naturally drives up consumption. In collaboration with John Holdren, who went on to serve as President Barack Obama’s senior science and technology advisor, Ehrlich developed the “IPAT equation” in the 1970s:

Looking at the equation, it stands to reason that if we are able to greatly reduce consumption and greatly improve the efficiency of our technology, wouldn’t that allow us to potentially forgo population control?

“It certainly would carry less weight,” Ehrlich said. “But the problem is that the three together now are on a doomsday path. I don’t see the slightest chance of us changing to avoid what’s coming. The idea that you can just ignore how many people there are and get a technological fix to worry about food or climate or war or so on — it’s as illogical as religion.”

It likely comes as no surprise that in the half-century since IPAT’s development a new generation of academics has made modifications to it. I found one in a lecture from an industrial ecology course taught at Dartmouth College.

This alternate version replaces affluence with per capita Gross Domestic Product, the value of all goods and services in a particular economy divided by its total population. The equation reads:

Population cancels out, of course, and you end up with:

In our conversation, Ehrlich suggests we should aspire to have a system where everyone consumes the same amount. At the same time, he says, we should work toward making that consumption as sustainable as possible. But, he adds, “I see no way you can solve problems of equity without the rich giving up a lot of what they do to make room for the poor to do better.”

Without rapid development of clean-powered circular economies and a massive transfer of wealth, we end up back with population being an active factor in climate change.

OK, so how do you choose which people have to go? Imagine the United States Congress — largely white people, many of whom enjoy great wealth, but generally all of whom consume plenty (in some cases thanks to their support of dirty technologies). If those people are making the rules on population control in the U.S., do you think they’re going to advocate for the rights of communities that aren’t like most of its members?

In fact, the one point that both the reproductive justice community and neo-Malthusians can agree on is that the provision of voluntary, universal access to birth control is a bare-minimum human right. In the United States, one of the highest-emitting countries in the world, it’s misleading to discuss population-based policies — such as China’s one-child policy — as a reasonable solution to climate change when access to reproductive healthcare and any number of should-be basic resources here is so uneven.

“There are those environmentalists who are saying it’s not about voluntary access to birth control, it’s about creating demand and convincing people to have fewer children,” said Sasser, the UC Riverside professor. “I find that argument frustrating because the poor tend to use far fewer polluting resources than the wealthy, and until we really get to a place in which those kinds of social inequalities are eliminated, I don’t think we should be targeting the poor for lowering their resource consumption. It’s based on a blindness to inequalities that exist throughout the world.”

Simply limiting food without addressing any of the other factors doesn’t guarantee an improvement in the overall health of the person who is obese. Similarly, narrowly focusing on population without making incredible efforts to reduce our consumption and improve our technology is irresponsible.