Hurricane Florence is no Hugo. It looks worse. 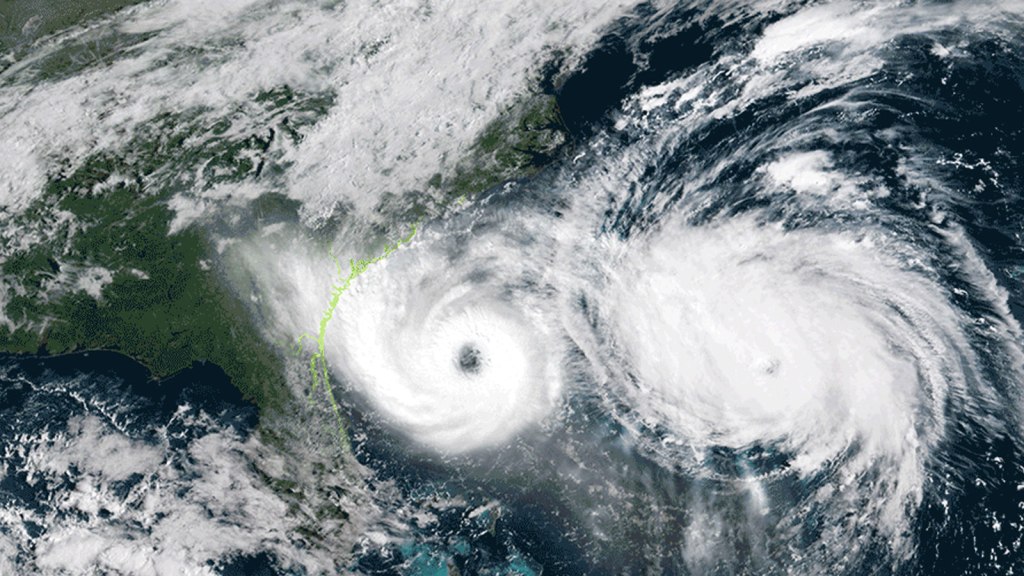 Hurricane Florence is no Hugo. It looks worse.

With winds of 125 mph and a span of hundreds of miles, Hurricane Florence is already one of the largest and strongest hurricanes ever to threaten the East Coast. The National Weather Service in Wilmington, North Carolina — near where Florence is expected to make landfall on Thursday — is already calling it “the storm of a lifetime.”

In this region, the current storm of anyone’s lifetime is 1989’s Hurricane Hugo — with winds of 140 mph, it was the most powerful hurricane to hit land north of Florida since weather records began in 1851.

Even though its winds won’t be quite as strong, Florence could be much worse by many other measures. Take a look at how they compare side-by-side from space (that’s Hugo on the left):

Larger hurricanes typically bring much higher storm surges, historically the deadliest threat from hurricanes, because a larger span of winds can push more water ashore. Hugo’s storm surge peaked at around 20 feet near Moores Landing, South Carolina. Owing to North Carolina’s unique coastal geography, and with the extra nudge from the past 30 years of sea-level rise, Florence’s surge could top 20 feet.

Large, slow-moving hurricanes can also produce more rain. The latest warnings from the National Hurricane Center predict totals of up to 40 inches in isolated areas, far above the 27.84” that fell in Georgia during Hurricane Alberto in 1994 (the current East Coast record), or the 10.28 inches that fell in South Carolina during Hugo. Florence’s deluge will extend inland for hundreds of miles, which would flood virtually every river and stream in the Carolinas.

Worst of all, Florence will likely slide southward after reaching the shore, following the coastline and inflicting damage down to Charleston, S.C. or as far south as Savannah, Georgia. In contrast, Hugo’s landfall was relatively quick, weakening to a tropical storm in less than a day. Florence’s long coastal tour could take as long as two and a half days.

Stronger, rainier, and more damaging hurricanes have long been predicted as a consequence of climate change. Florence is the latest example. There are more to come.