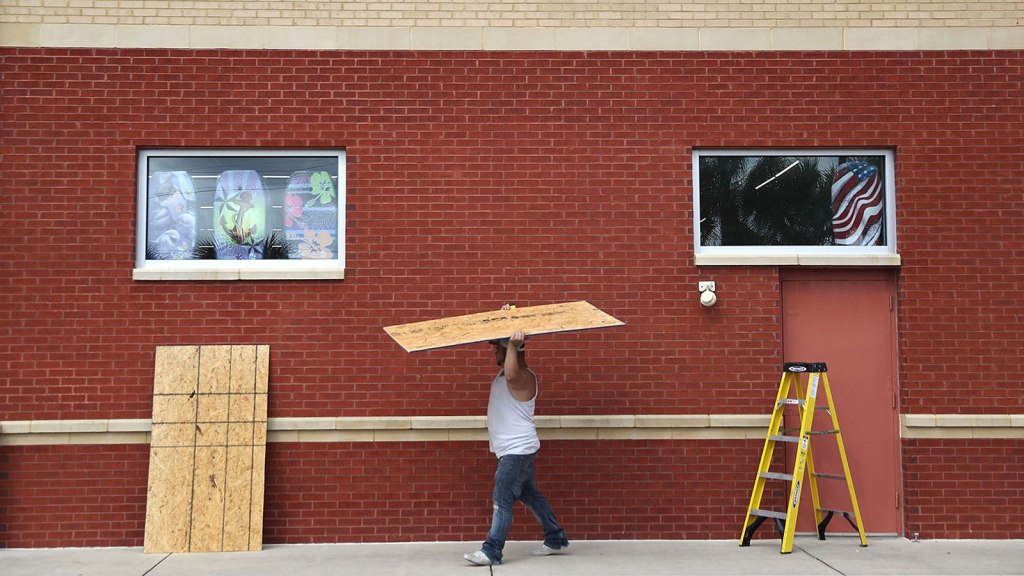 With Hurricane Michael bearing down on the Gulf Coast, the state of Florida is just hours away from America’s latest hurricane disaster.

As of Tuesday evening, Michael was a Category 3 hurricane, and was expected to intensify even further before landfall on Wednesday afternoon near Panama City, where mandatory evacuations are underway. On Tuesday, President Trump signed a pre-landfall emergency declaration to help speed the flow of aid to Florida.

With Michael’s impending landfall, America is bracing for its fourth major hurricane in just 15 months. Last year’s trio of Harvey, Irma, and Maria made landfall with sustained winds above 115 mph, the criteria for a “major” hurricane.

In the Panhandle region of Florida, a storm like this is exceedingly rare. There have been only nine major hurricanes to approach the region in all of weather recordkeeping dating back to 1850. If Michael strengthens even a bit more than forecast, it could eclipse them all.

But wind speeds aren’t the only important factor here: 2012’s Sandy, which devastated the New York City region, and last month’s Hurricane Florence, which created all-time record flooding in North Carolina, had winds well below that threshold when they hit land. They still caused massive damage due to their large size.

Michael will be a relatively large hurricane, too, and is hitting a region of the Florida coast that’s particularly vulnerable to storm surge and coastal flooding. A huge swath of the northern Gulf Coast, from near New Orleans to Tampa, is currently under either tropical storm or hurricane warnings. Storm surge could be as high as 13 feet, depending on exactly where Michael makes landfall. Just offshore, waves in the normally docile Gulf of Mexico will be up to 40 feet high. The combination of extremely powerful winds and coastal flooding could prove devastating for the Florida Panhandle’s beach communities, like Fort Walton Beach and Panama City, which are set to take the brunt of Michael’s force.

In the past year since Hurricane Maria devastated Puerto Rico, tens of thousands of people have moved to central and northern Florida — and Michael is likely to bring repeat trauma for some. During Irma, half of the region lost power as the storm weakened. Michael is now gearing for a direct hit, while strengthening.

Southwest Florida, which is outside the warning area, is already seeing flooding — in one case, threatening a sea wall that has just been reconstructed after last year’s Irma. Michael is so large, it could even cause coastal flooding on the other side of Florida — in combination with the King Tide, an astronomical oddity that makes October 9 the highest high tide of the year, and the influence of long-term sea-level rise linked to climate change.

It’s impossible to think of record-setting hurricanes like Michael as freak aberrations from “normal” weather. Six of the seven most damaging hurricanes in U.S. history have hit in the past 10 years. In an era of rapid climate change, every weather event — including Michael — is a partial product of current and historical greenhouse gas emissions, and should come as a warning of yet worse hurricanes in the coming decades if we continue on a business as usual path.