Minnesota just approved a new tar-sands pipeline. Activists say they will fight it. 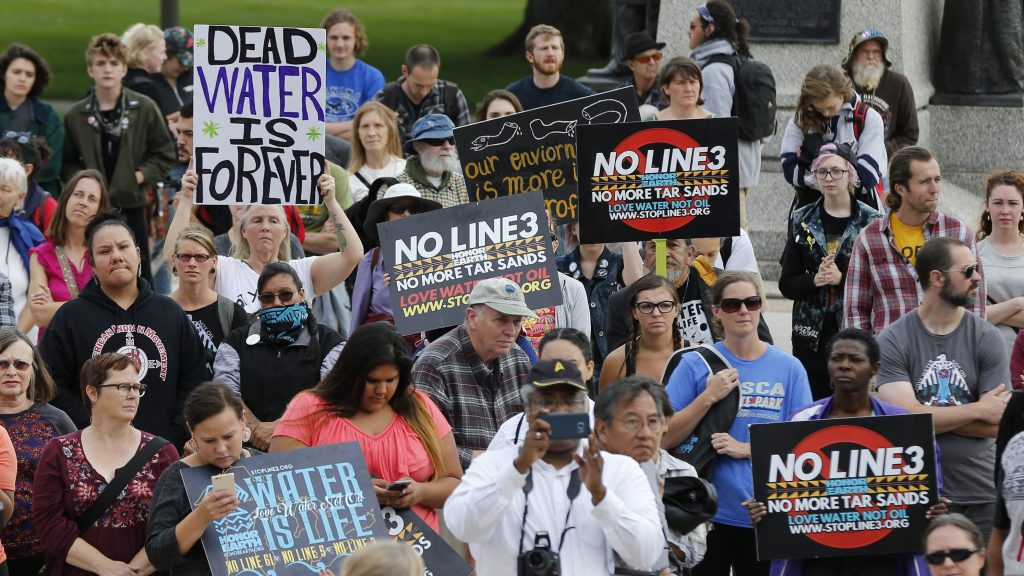 Minnesota just approved a new tar-sands pipeline. Activists say they will fight it.

On Thursday, the Minnesota Public Utility Commission gave the green light to Enbridge Energy’s Line 3 — a new Canadian tar-sands pipeline that would replace a deteriorating pipeline that’s currently running at half capacity. It’s the most recent development in an ongoing dispute over the Canadian energy company’s plan.

The decision isn’t totally final, according to the state’s governor. But it allows Enbridge to now apply for 29 other permits it needs to build the pipeline, which would run from Superior, Wisconsin, to Alberta, Canada.

In the early ’90s, a pipeline spilled 1.7 million gallons of oil in northern Minnesota. Activists worry that a major spill could happen again, potentially affecting river health and indigenous practices. Although the proposed route doesn’t go through reservations, it would cut through places where indigenous groups harvest wild rice and hunt.

@WinonaLaduke of @HonorTheEarth following today's approval of Line 3: "We are here, we will stand here, because we have been here for 10,000 years. We're the home team, and we're not going anywhere." pic.twitter.com/qSTZaOfV53

Environmental and indigenous rights activist Winona LaDuke has been fighting the Line 3 project for five years. She tells Grist she’s disappointed in the public utility commission’s decision. But she’s still optimistic that the new line won’t happen: LaDuke called the project “Enbridge’s most expensive pipeline that will never be built.”

Margaret Breen of Youth Climate Intervenors — a group of young activists who have been working to oppose the pipeline — says that her organization remains motivated to stop the project, too.

There’s also the possibility of legal action. Cathy Collentine of the Sierra Club’s Beyond Dirty Fuels Campaign says that the Sierra Club is exploring options to halt the pipeline’s progress, such as petitioning for a reconsideration of the decision.

LaDuke says her group, Honor the Earth, has a legal team that plans to take action. The group is inviting water protectors to come to Minnesota.

LaDuke expects more resisters to join in the wake of the most recent decision. “We think water protector tourism should be at an all time high,” she says, and warns that a Standing Rock-like protest may be on the way.