The dream (of democracy and climate action) is alive in Portland 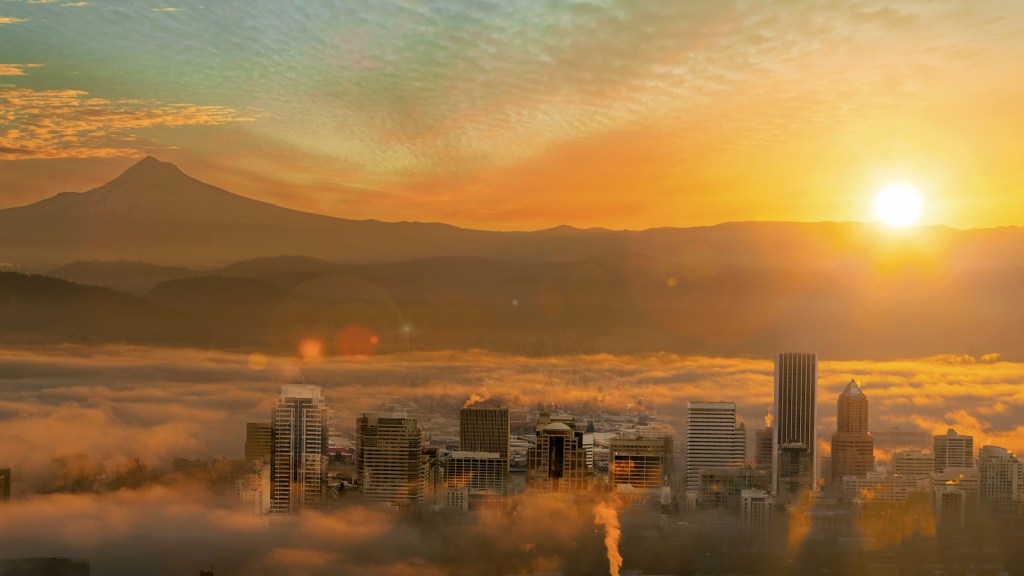 OK, Portland. We get it. David Gn Photography / Getty Images
leave it to beavers

The dream (of democracy and climate action) is alive in Portland

It’s a pretty bad time for climate change and democracy. Brazil’s right-wing populist candidate for president could be disastrous for the Amazon rainforest. In frontline countries like Maldives, Kenya, and Syria, strongmen increasingly use climate change as an excuse to clamp down on power and threaten democracy itself. Our own climate-denying president replaced his first secretary of state, a former oil company CEO, with someone even more hostile to the international consensus on the need for climate action.

Just before the 2016 election, Robinson Meyer at the Atlantic warned Trump was “the first demagogue of the Anthropocene.” Nearly two years in, it’s easy to think that Meyer may have been on to something.

In a new column for the Atlantic, Vann Newkirk gives an update of Meyer’s argument, saying that the recent string of weather disasters and the specter of much worse to come is already fracturing American democracy, boosting racial and economic inequality, and threatening our trust in government.

“The evidence seems to be mounting that not only will the developing climate regime, if sustained, expose the cracks in the American democratic project, but it will also widen them,” Newkirk writes.

There’s ample reason for concern. But in a bit of better news, one state is bucking the trend, strengthening its democracy, and suggesting that doing so can help it fight climate change. Surprise! It’s Oregon.

Portland, one of the least air-conditioned cities in the country, has a lot to lose from climate change. Huge fires this summer in Oregon and across the Pacific Northwest cast a pall of smoke over the state, leading at times to the worst air quality in the country and direct economic threats to economic staples of vineyards and tourism. “We can’t survive another summer like this,” Ron Bergquist, the owner of a ski lodge in Southern Oregon, told his local newspaper. A blossoming El Niño in the Pacific Ocean means the state’s lingering drought may grow even worse in the year to come.

In this era of mega-forest fires, Oregon has led the push toward making voting easier. The state instituted mandatory vote-by-mail 20 years ago and made voter registration automatic three years ago. (That article has made the rounds in progressive circles in recent weeks in contrast to the voter suppression fight in Georgia.)

Amid triple-digit heat, activists in Portland lobbied this summer to support a ballot initiative to launch a clean energy fund, instituting a 1-percent tax on large corporations and diverting that money to improve the city’s carbon-free infrastructure, particularly for communities of color.

The initiative was “born out of both a strong desire to address climate change and out of frustration at bearing the brunt of the fossil fuel economy, and not seeing the benefit of Portland’s clean-energy transition in their communities,” Tony DeFalco, the deputy director of the coalition that helped organize the effort to get it on the ballot, said in an interview with Fast Company.

In poll after poll, Americans clearly share the desire for a world in which climate change is not killing them, and their desire for that voice to be heard.

Seeing little action in response, some have pointed to places like Singapore and China to argue that democracy itself is actually the problem here. A benevolent dictatorship, acting quickly and forcefully to remake society to work without fossil fuels, might be preferable to the methodical, incremental approach that has characterized international climate negotiations for decades. After all, it’s pretty annoying to wait four whole years between presidential elections when the IPCC says we could be well on our way to signing away civilization itself at the end of the next decade. Not a lot of wiggle room there.

A rejuvenation of direct, participatory democracy — eschewing both the unwieldy consensus model of the United Nations, and the dangerous authoritarian tendencies of China — have been the rallying cry of democratic socialists since the 2016 election. While this has long been discussed, it hasn’t yet become the dominant narrative — perhaps because these success stories aren’t being told. In Oregon, it’s an idea that is actually happening.