This year's global hurricane boom could go into overdrive 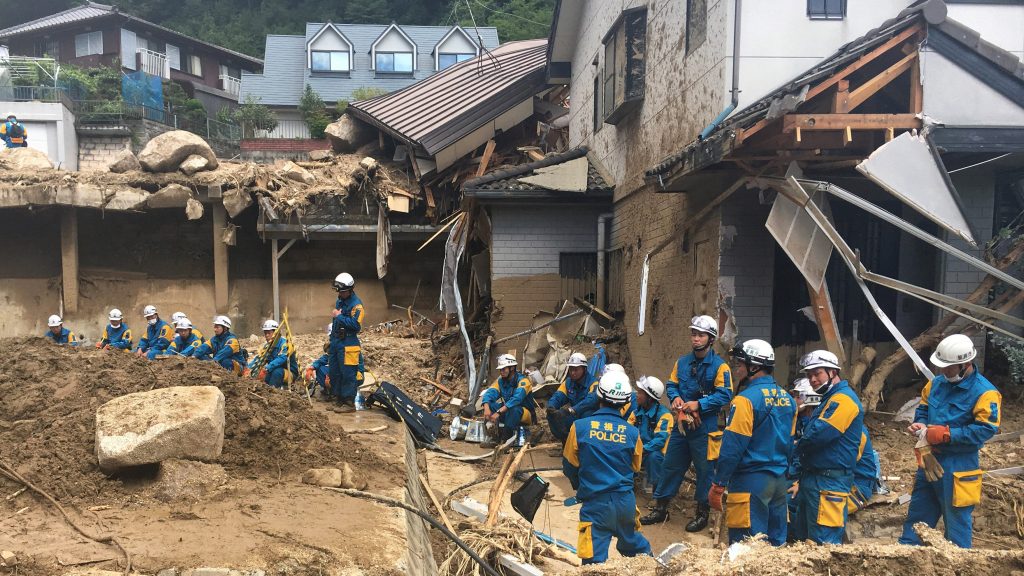 This year’s global hurricane boom could go into overdrive

The powerful weather pattern known as El Niño has been blamed for massive wildfires, crippling droughts, and global food shortages. And it’s looking increasingly likely that another one is on the way.

The latest outlook from the National Weather Service, out Thursday, says there’s a 70 percent chance that El Niño will arrive before the end of the year. Summertime outlooks for El Niño are generally pretty accurate, so it’s a big deal that the weather pattern is still in the forecast.

Another El Niño would carry far-reaching consequences for the world’s weather, one of which may have already arrived: Hurricanes and typhoons have been popping up more often than normal this year. (Both are place-specific names; the meteorological term for these storms is tropical cyclone.) El Niño warms the waters of the Pacific Ocean, providing additional fuel for tropical cyclones and increasing their activity by about 15 percent.

All this has already led to several cyclone disasters in a season that’s just getting started.

In May, Cyclone Mekunu struck Oman, bringing two years’ worth of rainfall in a few hours and creating a huge swath of temporary lakes in one of the driest deserts on Earth. This week, more than 600,000 people were evacuated in China’s Fujian province before Typhoon Maria made landfall. Meanwhile storm-weary Puerto Rico received a scare from Hurricane Beryl, before it fizzled shortly after reaching the Caribbean.

Earlier this month, Typhoon Prapiroon kicked off a record-breaking torrential downpour in southern Japan. More than 70 inches of rain have fallen — about four-months worth in 11 days — a precipitation level on par with what Texas experienced during Hurricane Harvey last year. More than 200 people have died so far as a result, and the damage is so widespread that Japanese officials are comparing it to the 2011 earthquake and subsequent tsunami.

To be clear, El Niño is a natural, cyclical phenomenon that the Pacific Ocean has undergone for millennia. And just because there’s an El Niño brewing doesn’t mean every rainstorm everywhere is connected to it. But there’s growing evidence that climate change is starting to make stronger El Niños happen more often. And that evidence, combined with the fact that climate change is increasing cyclone-related rainfall intensity anyway, is easily enough implicate human activity in the worst of  floods that occur against the backdrop of an El Niño year.

We need to look back only to 2015 — the last visit from El Niño — to find the busiest tropical cyclone season in recorded history. So far, this year is just a storm or two off that pace.

Over the past 15 years, the National Weather Service has called for an impending El Niño in their July outlooks six times. They’ve been wrong only once, in 2012. Sure, they could be wrong this year, but don’t bet on it. If the building El Niño arrives, global air temperatures will surge, lagging a few months behind the warmer oceans. That would give 2019 a good shot at knocking off 2016 as the warmest year on record. With a strong El Niño, global temperatures might even tiptoe across the 1.5 degree-Celsius mark — temporarily crossing a major milestone that climate campaigners are fighting to prevent.