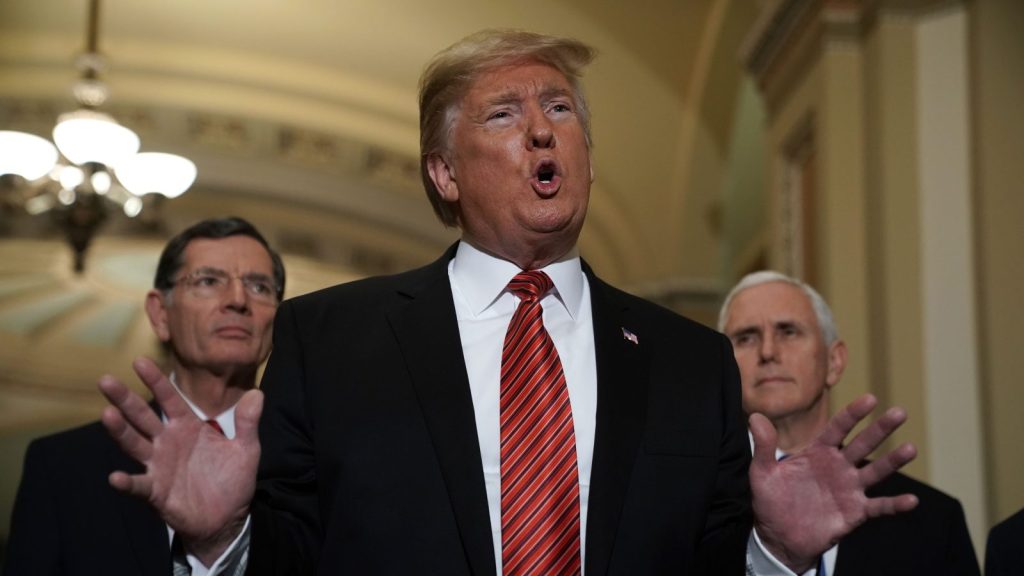 President Trump seems determined to find a way to fund a border wall between the U.S. and Mexico — even if it means diverting billions of dollars of aid originally earmarked for Puerto Rico and other communities recovering from disasters.

Now 21 days into the partial government shutdown (tied for the longest ever in U.S. history), it’s crunch time for Trump. Democrats remain unwilling to approve the $5 billion in wall funding that the president has requested to build a wall. One way around that political roadblock could be for Trump to declare a national emergency, which would allow him to use unspent Defense Department disaster recovery and military construction funds to start construction.

Construction of a 315-mile border wall would eat up a significant chunk of the nearly $14 billion worth of emergency funds, which had been set aside for numerous disaster relief projects including reconstruction in post-hurricane Puerto Rico, flood management along the hurricane-affected coastline in Texas, and wildfire management n California. The funding was allocated to the Army Corps of Engineers back in a February 2018 but never spent.

Considering that The Federal Emergency Management Agency has suspended disaster relief contracts thanks to the shutdown, it looks like it’ll be some time before these areas will see those dollars.

Representative Nydia Velazquez (D-N.Y), said in a statement that it would be “beyond appalling for the president to take money from places like Puerto Rico that have suffered enormous catastrophes, costing thousands of American citizens’ lives, in order to pay for Donald Trump’s foolish, offensive and hateful wall.”

“Siphoning funding from real disasters to pay for a crisis manufactured by the president is wholly unacceptable and the American people won’t fall for it,” she wrote.

While it’s unclear whether Trump will indeed declare a national emergency, he told Fox News host Sean Hannity on Thursday that without a deal with Congress, “most likely I will do that. I would actually say I would.”