Would you go vegan for free dinners? 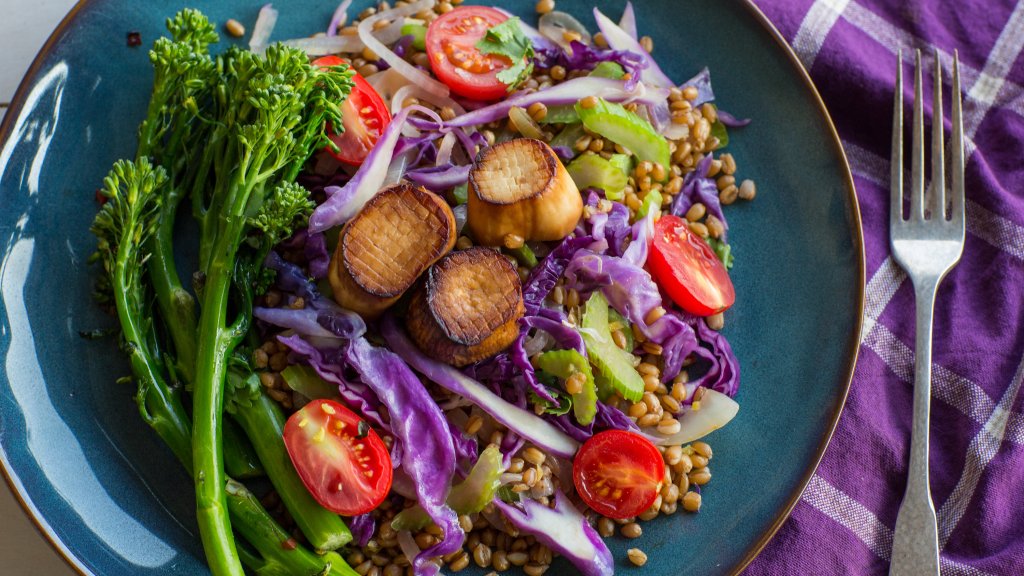 Would you go vegan for free dinners?

With the negative health effects and environmental impact of meat and dairy consumption becoming more mainstream, many Americans are going vegan.

And now you don’t have to be a vegan chef to do it. Meal delivery service Purple Carrot is making vegan cuisine available to people across the dietary spectrum. The company delivers tasty plant-based meals with fresh, pre-measured ingredients and easy-to-follow recipes right to your front door.

Funny coincidence — we have a six-month Purple Carrot “Perfect Pair” subscription (three meals a week for two people) to give away! Just donate at least $10 today, and you’ll be entered to win.

Still not convinced that vegan Pad Thai is for you? Here are five reasons to go vegan:

How does lowering your risk of cancer, stroke, heart disease, obesity, and death sound? Good? We thought so. And the best news? You don’t even have to go fully vegan to do that. Even cooking meatless meals once or twice a week can have positive health implications. Then you’d be a bona fide reducetarian!

2. … and that means you’ll save money

Chronic diseases like diabetes and heart disease account for 75 percent of the $2 trillion spent on medical care in the US. By eating less meat and dairy, you can drastically decrease the likelihood you’ll get sick and rack up large medical bills. Meat is also super expensive! By cutting costly meats out of your diet, you’ll be happier and richer.

3. Eating less meat is better for the environment

Enough about your own health, you narcissist — let’s talk about the health of the planet. It takes 1,850 gallons of water to produce a single pound of beef. And livestock producers, which include meat and dairy farming, account for about 15 percent of greenhouse gas emissions around the world.

4. Vegan meals can be extra tasty

Vegan food doesn’t have to be carrot sticks and hummus. In fact, it can be downright gourmet. Purple Carrot has recipes like “Dark Chocolate Mole Tempeh with Spanish Rice and Charred Peppers” and “Falafel Hash with Grapefruit-Arugula Tabbouleh,” so flavor is not something you’ll be missing out on.

Trust us. We tested it out. And, believe it or not, they didn’t pay us for that.

So what are you waiting for? Donate at least $10 today, and you’ll also be entered to win a Stockholm Limited Edition electric bike from Blix Bikes or a Grist “Make America Green Again” hat.