Who wore 'camp' better: The Met Gala or climate change? 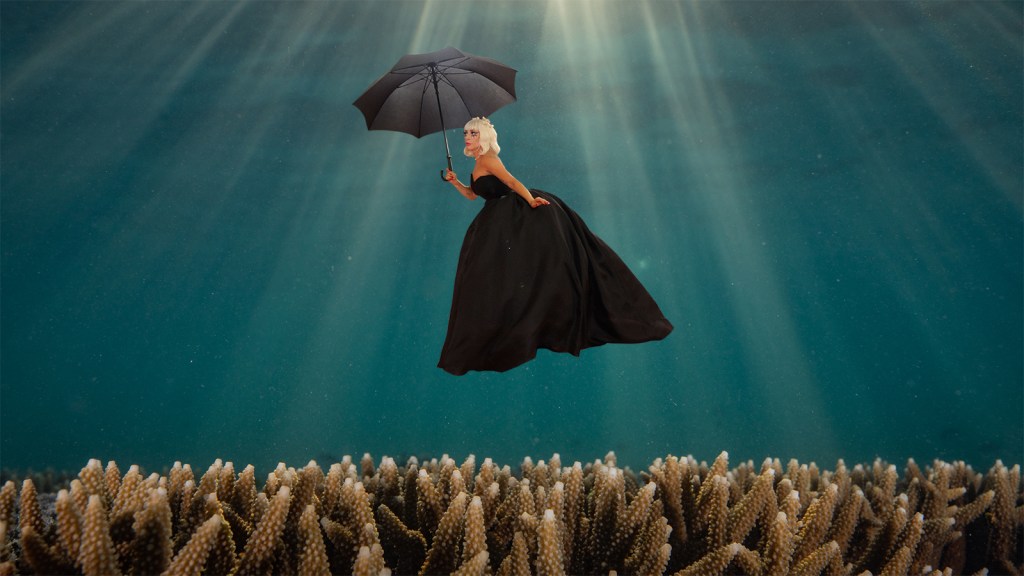 Who wore ‘camp’ better: The Met Gala or climate change?

When I told a room of environmental journalists that the Met Gala theme this year was “camp,” I was met with some hesitant squinting. Finally, one colleague ventured: “Like … Coleman tents?”

The misunderstanding was perhaps a sign of how little overlap exists between the worlds of fashion and environmentalism — one traditionally defined by excess and the other hopelessly mired in asceticism. The realities of the fashion industry often clash with the moralities of environmentalism and vice versa (although that’s thankfully starting to change).

But it would be hard to imagine a more striking clash than the one that took place on this first Monday of May, when Anna Wintour’s annual testament to elegant excess coincided with the release of a United Nations report on the very bleak future of many species on Earth.

For your reference (if you’re like some of my colleagues), the Met Gala is basically the annual prom of the high-fashion world, co-hosted by Vogue and the Metropolitan Costume Institute. This year’s theme was camp — think Lady Gaga as a Marilyn Monroe nesting doll; Billy Porter as Midas-meets-Cleopatra; or icy-haired Laverne Cox in Maleficent-chic. On a cultural level, camp is a subtle (yet decidedly un-subtle) and complicated concept on which writer Susan Sontag wrote a 58-point definition-slash-essay in 1964.

If I had to parse the rationale behind Wintour’s theme choice, I would say she delights in impossible assignments, because by definition you can’t try to be camp. But, if I were attempting to execute said assignment, I would define camp as a celebratory triumph of the artificial over the natural.

One could easily argue that a camping tent, an artificial object carefully made of artificial materials that allows humans to sleep in nature without being bothered by organic things like mosquitos or rain or a chilly breeze, is without a doubt a triumph of artifice over nature. But the tent is not Camp with a capital-C, because it’s all utility and no art; all purpose, no aesthetic. Camp, writes Sontag, “incarnates a victory of ‘style’ over ‘content,’ ‘aesthetics’ over ‘morality,’ of irony over tragedy.”

By especially the latter part of this definition, the Met Gala has succeeded with its theme more than it ever could have imagined. You couldn’t invent more outrageous irony than the most extravagant celebration of wealth and costume-y excess sharing its big day with the release of a very dark prognosis for nature writ large. According to the U.N. report, human designs have asserted their dominance over the planet, and as a result, 1 million species are at risk of extinction, and countless ecosystems at the point of dissolution. Artifice triumphing over nature — with catastrophic results.

The U.N. report, if it’s not already clear, is not camp. Camp is never serious. When Sontag wrote, “Nothing in nature can be campy,” she maybe had no idea how much truer that statement could be in 2019 than in 1964 because nature is very depressing and very serious right now. That’s because it’s dying.

Right now, I could go in a direction where I decry the blissfully ignorant, Nero-esque surfeit of sparkle taking place on the edge of Central Park. But the logical continuation of that argument is that a celebration of irony, frivolity, and fun is wholly irresponsible in the face of ecosystems choking on carbon. And then you would stop reading and sigh deeply, because, honestly, who would rather feel bad than good?

So let’s just veer off that path, and instead try to apply some lessons from Sontag’s theory of camp to our environmental situation. While a fashion extravaganza accessible only to the super-rich doesn’t exactly help the climate cause, there are lessons the climate-conscious can absorb from the finer points of camp theory.

As Sontag says: “One can be serious about the frivolous, frivolous about the serious.” The climate situation is very serious, obviously; sea-level rise has already begun, average temperatures are already creeping up, ecosystems are faltering and species are dying, and there is such a massive amount of work to be done to change the way our societies and economies function to stop it from getting truly catastrophic.

Our current climate situation is absolutely ridiculous. I know this whole crisis is about human civilization and life on Earth, in which you are inherently involved unless you are a Martian (in which case, great for the diversity of my readership), but take a step back for a moment. Climate change largely exists because of the decisions of a relatively small minority of people shaped a world that’s powered by burning ancient dinosaur bones.

And as we hurtle toward an increasingly catastrophic but potentially avoidable future, we have a president whose public approval depends on his traveling around the country hooting about his allegiance to the most obsolete kind of dinosaur bone. And it kind of works! When you tell it as a story like that, it’s an absurd situation. It’s like a Greek tragedy, but stupider.

“The excruciating is also one of the tonalities of camp,” Sontag says. “But,” she adds, “there is never, never tragedy.” You have some power to resist tragedy. You can do the necessary bit that you can to reshape society because the way it works is so ridiculous because it would be too absurd for civilizations to end this way, because it’s all so, so foolish.

And tragedy — if we’re really embracing a celebration of over-the-top — would be losing absolute icons of camp spirit.

Unlike Sontag, I believe nature can be camp. We can even turn to the Met Gala carpet itself for confirmation. Cardi B’s billowing red train is basically vampire squid drag; Lizzo would not be out of place in a flamingo revue; Celine Dion appears to have grafted a swimming feather star to her own head (or perhaps those tendrils were an homage to fragile sea ice?). Have you ever seen a nudibranch? A cuttlefish? A puffin, for crying out loud? Camp is alive and well in the animal kingdom.

Nature is ridiculous, humans are ridiculous, and climate change is the most ridiculous thing that humans have ever done. So perhaps, with some imagination, we can twist the Met Gala into a counterintuitive mantra for the future: Everything can’t end this way. It would be too camp.