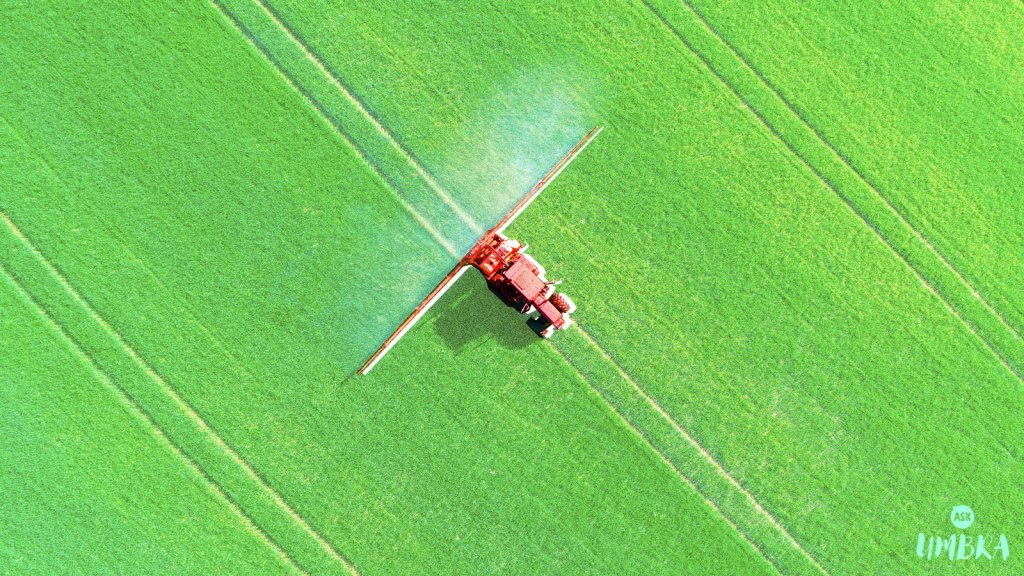 Grist / Peter Cade / Getty Images
If You Have To Ask, It's Probably Yes

I know there has to be a link between pesticide manufacturing and racial injustice but I’m having trouble tracking it down.

— Something Looks Ethically Unsavory To Him

I think your instincts are pretty good! If you were to spin a wheel of environmental woes — possibly the most depressing game show of all time, and that’s in a field that includes The Bachelor — the odds are very good that any issue you landed on would be connected to racial injustice in some way. That’s because racial injustice is deeply embedded in the roots of American society, so it tends to play at least a part in most conflicts.

As a general rule, every environmental conflict has exploitation at its center: some entity (usually a corporation, a government, or another powerful entity) profiting off of some natural resource (water, oil, forests) to the detriment of the community that depends on that resource.

The case of pesticides, however, is a little more multilayered: Imagine a farmer who’s spraying chemicals approved for use by the federal government onto their fields in order to more efficiently grow crops for people all over the country to eat. Let’s say the people planting and picking the crops on that farm start to get sick as a result of coming into regular contact with those pesticides. Not only that, it turns out those chemicals also made their way into the local air, soil, and groundwater. Now, people who live near the farm are also becoming sick as a result.

That exact scenario recently played out with chlorpyrifos, a very widely used pesticide with proven links to brain damage in children. It’s also been shown to sicken many farmworkers, virtually all of whom are migrant workers from Mexico and Central America and are unlikely to report their illnesses for fear of losing their jobs. After years of activist pressure applied primarily by Latina women living in California’s Central Valley, the state finally banned the use and sale of the chemical. Hawaii has moved to do the same. Meanwhile, the Environmental Protection Agency, or EPA, has refused to ban chlorpyrifos, going so far as to censor farmworker testimony in its decision. (A year ago, that refusal was challenged by a federal court — it’s been a saga!)

So that’s a racial injustice connection right there. The United States infamously offloads environmental risk onto the people who work in its fields and grow its food while simultaneously treating them as less than human. U.S. farmworkers are overwhelmingly undocumented people of color, and their health and their rights don’t seem to matter to the government, particularly if those rights infringe on the profits of large chemical corporations who make and sell those pesticides. In fact, the United States still embraces many pesticides that have been banned in the European Union, Brazil, and China due to their environmental and human health impacts. Meanwhile, the people buying that produce never really have to confront how it got to their shopping cart. That system is the definition of injustice.

Communities of color bear the immediate brunt of manufacturing and other point-source pollution in the United States, because they tend to be located in polluted industrial zones. (You may have heard them called “fenceline communities” in the parlance of our times.) That’s not a coincidence; cheaper housing gets shunted near contaminated areas and vice versa! So if you follow your instincts and trace most pesticides back to where they were made, you’ll likely find more racial disparities in who tends to live nearby.

Journalist Rachel Aviv wrote a 2014 profile of renowned biologist Tyrone Hayes, who went up against Syngenta, producer of the very widely-used pesticide atrazine — which, incidentally, Trump’s EPA has staunchly defended. Atrazine is an endocrine disruptor which Hayes found had devastating effects on the sexual development of amphibians. It’s also been tied to various human health issues as well. Syngenta attempted to discredit Hayes, who is Black, by claiming that he was mentally unstable and that his results couldn’t be replicated, but Hayes refused to back down. The whole thing really blew up.

This quote from Aviv’s profile stood out to me: “At some of his lectures, Hayes warned that the consequences of atrazine use were disproportionately felt by people of color. ‘If you’re black or Hispanic, you’re more likely to live or work in areas where you’re exposed to crap,’ he said.” There’s really no better way to sum it up!

Toxic pesticides (and any other threat to human health that disproportionately lands on communities of color) aren’t so much causes of racial injustice as symptoms of it. Wielded indiscriminately and without regulation, they are ugly, harmful features of our society and they will always hurt those who don’t have the wealth and access to protect themselves.

You’re following your instincts and asking the right questions, and that’s half the battle!