Can we just drown our carbon emissions in the ocean? 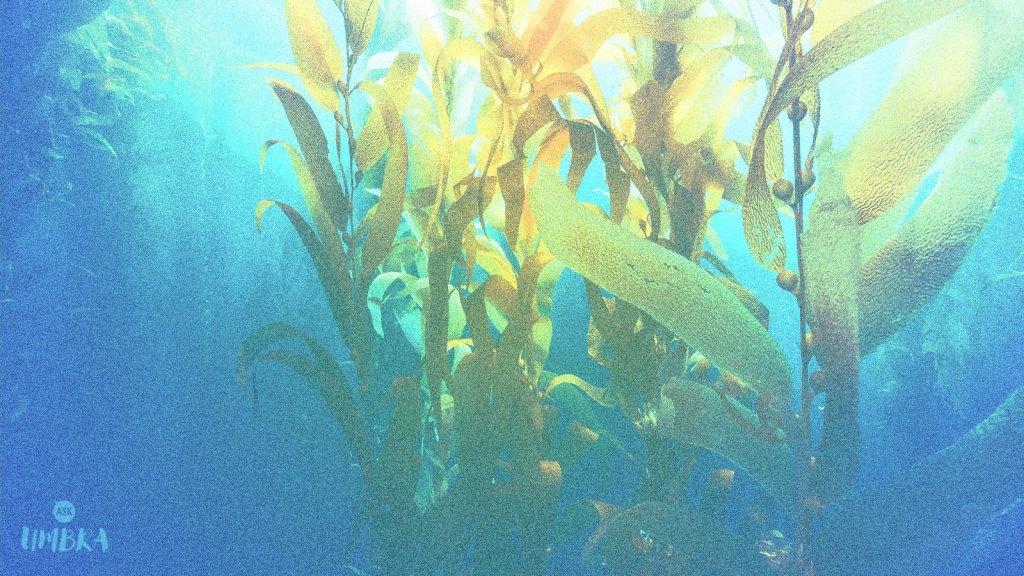 Grist / Brent Durand / Getty Images
We All Have Limits

Can we just drown our carbon emissions in the ocean?

Is there a maximum amount of CO2 that the ocean can absorb? What will be the effects should this happen?

Once you learn how many of the various expressions of climate change — drought, hurricanes, even wildfires — have to do with fluctuations in the ocean, it’s hard to stop thinking about it. We land-dwellers tend to think of the ocean as this distant, mysterious, separate place. And while the vast majority of it is certainly distant and mysterious, it’s not separate at all! Marine flora produce more than half of the oxygen humans breathe, ocean currents determine how weather systems move and develop, and sometimes if you’re lucky enough to be near a shoreline at the right time, you can see a seal and that’s always incredible!

But understanding marine fluctuations — and their effects on dry land — requires some grasp of several scientific concepts that, if you’re anything like me, you haven’t thought about since high school. (Don’t worry — I made sure to consult actual experts on ocean chemistry for this column rather than rely solely on my own understanding of air-sea gas exchange.) And not to spoil the ending, but you don’t want the ocean to absorb too much of the carbon dioxide we pump into the atmosphere. (Like, for example, everything that’s coming out of the Western wildfires. Yikes.)

Let’s start by talking about the concept of a carbon sink — basically a natural or artificial reservoir that stores carbon rather than letting it cray all around in the atmosphere. You can find carbon sinks in lots of different ecosystems; they include peat bogs, grasslands, and mangroves. But the ocean is the planet’s biggest carbon sink by far. Scientists estimate that the ocean absorbs at least a quarter — and perhaps as much as half! — of all human activity-produced CO2 every year.

Here’s how it works: The surface of the ocean and the air above exchange molecules all the time; that explains both how we end up with bits of microplastics in ocean air (not nice) and how carbon dioxide gets pulled out of the atmosphere (nice!). Where does all that marine carbon go? Some of it gets converted into biomass by underwater critters that consider it a delicious, nourishing treat.

There are a bunch of organisms at the sunlit surface level of the ocean — kelp! Phytoplankton! Blue-green algae! — that convert carbon into sugar via photosynthesis. That sustenance then gets passed along the food chain. The carbon that gets processed out as waste then sinks to the depths of the ocean where ocean scientists like to refer to it as “marine snow.” Whatever “snow” isn’t consumed ends up as a thick blanket of “ooze” (NOAA’s words, not mine) that makes up about 75 percent of the ocean floor. Meanwhile, the ocean’s surface is free to absorb more carbon and start the process all over again. James Bishop, a marine chemist who studies the ocean carbon cycle, refers to this process as the “biological carbon pump” of the ocean.

But carbon dioxide doesn’t just get gobbled up by marine plants. It also dissolves in seawater, forming carbonic acid. This weak acid then “dissociates” — relatable! — into ions that can throw off the pH of the ocean, with disastrous results. You might know this phenomenon as “ocean acidification.” Since the Industrial Revolution, the pH of the ocean, which is naturally slightly basic (not in a pumpkin spice way), has shifted from around 8.2 to a pH of 8.1. That might not sound like much, but it’s very bad news for anything with a skeleton or shell made of calcium carbonate — like corals, for example. Those structures can end up weakened or, in the worst cases, straight-up dissolved.

The weaker the organisms that make up the various stages of that “carbon pump” become, the less the ocean will be able to uptake and store all the extra carbon dioxide we’re dumping into the atmosphere. There’s also the fun extra factor that as the planet gets hotter, the ocean absorbs a lot of that heat. Warmer water throws off the balance of marine ecosystems as well as messing with the ocean’s all-important carbon pump. So, unlike a potential match’s dating history, you can’t really use past behavior to predict how the ocean’s carbon cycle will treat us in the future.

“We are already adding carbon dioxide at a rate at least 10 times higher than ever observed in the geological record, which spans at least 100 million years,” Bishop said. “So we don’t know what the trajectory of this biological carbon pump is; we don’t know who the winners and losers are going to be. We’re already in dangerous territory, and yes, we could still do more damage.”

I get the sense that you’re trying to suss out whether the ocean can act as a sort of repository for all our climate sins. Well, that’s been researched! There is another way that you can take carbon dioxide out of the air and stick it into the ocean, but it’s kind of the geoengineering equivalent of putting all your dirty clothes under your bed and pretending you never have to do laundry again! In the early 2000s, some scientists got together to study what might happen if you pumped carbon dioxide from the atmosphere into the deep ocean via pipelines.

There are a lot of issues with this idea, as you might imagine: It’s very expensive; it technically violates international conventions that make it illegal for countries to dump their trash into the ocean; and, well, if the ocean is already acidifying it isn’t a great idea to dump more CO2 into it, even at its deepest, darkest levels. In fact, the concept of “ocean acidification” first came to light when the Department of Energy was doing lab experiments to study the possible impacts of deep-sea carbon injection.

“I think that very few people are any longer proposing just to inject molecular carbon dioxide into the deep ocean,” said Ken Caldeira, an atmospheric scientist at the Carnegie Institution of Science. “I think the general feeling is though, yeah, it would kinda sorta work, there must be something better to do than that.”

And in the end, Caldeira added: “There’s no limit to how much carbon dioxide you could put in the deep ocean, but it won’t stay there and it will come out and warm things up.” Because the barrier between land and sea is actually very, very thin!

But just because we can’t use the ocean as our unlimited carbon hiding spot doesn’t mean it’s all over: Since the whole problem is atmosphere-warming greenhouse gas emissions caused by the burning of fossil fuels, companies and governments could devote more effort to figuring out how to not burn fossil fuels. Rather than crossing our fingers and saying a prayer while sticking the byproducts of that fossil fuel-burning into the deepest crevices of the oceans, why not just turn off the carbon tap?

The ocean can hold a lot of our mistakes, but eventually it’s going to make us pay for them — unless we change our ways.