I care about the climate. That makes me a good person, right? 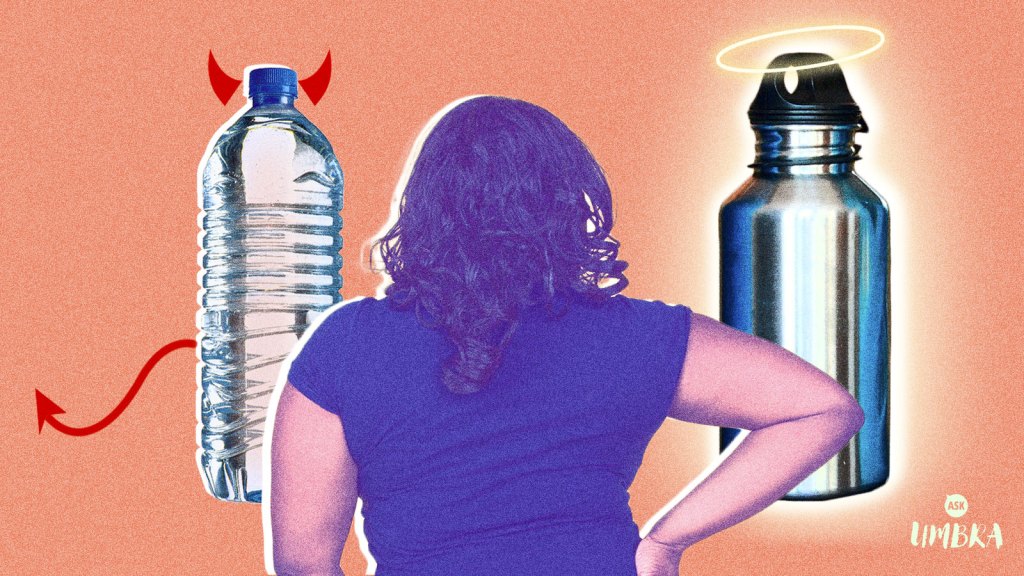 I care about the climate. That makes me a good person, right?

What is the relationship between being eco-conscious and being a good person?

— My One Real Altruism: Living Sustainably

Sorry to be annoying, but let me first address your question (and what a question!) with one of my own: What does it mean to be a “good person”? It reminds me of the famous quote from the 1964 Supreme Court First Amendment case Jacobellis v. Ohio in which Justice Potter Stewart attempted to describe the difference between protected speech and hardcore pornography: “I know it when I see it,” he wrote of the latter.

But when you get right down to it, human decency (and probably hardcore pornography) isn’t something you can always define with your gut. At the same time, there are no guidelines to check, boxes to tick off, or rubrics to use for “good person”-hood. I don’t know if you came here to debate moral relativism, the theory that the morality of a person’s behavior is subject to situation, culture, and time period, and can’t be judged against a static universal moral code, but I’m just going to come out and say that kind of rhetoric is a bit above my climate columnist pay grade.

It is, however, my climate columnist duty to try to approach your question as comprehensively as I can, and I’ll start by pointing out that there are a couple of different ways to interpret it. First: Is being eco-conscious a necessary condition for being a good person? I called up Jonathon Keats, a philosopher and artist who’s been exploring the epistemology of climate change for years: including, most recently, a take on measuring time based on river currents. Keats said that eco-consciousness basically is an extension of being conscious of your surroundings; that it’s impossible to be thoughtful and observant in the world and not be concerned about environmental degradation and climate change.

Another angle from which one could interpret your query: If you are a person who cares about the environment and lets that principle guide your actions, is that enough to qualify you as a good person?

Statistically, the obvious answer is no, because one can immediately come up with many counterexamples: The Nazis passed major environmental protection legislation; homicidal cult leader Charles Manson founded an anti-pollution ecological movement called Airs Trees Water Animals (which still exists!); and you may have read the story in New York Magazine this week about a pair of so-called “eco-warriors” who had attempted to build a business out of slum-lording and exploiting their employees all over Brooklyn. The story included the following extremely choice excerpt:

“[Loretta] Gendville received accolades for her green and ‘aggressively local’ businesses, which banned plastic bags long before the city did. In 2015, Gendville somewhat notoriously put up a Bernie Sanders poster in one of her stores a few months after Hillary Clinton had visited the location. ‘Hillary Clinton is, you know, more in the game with all of the corporations, which I’m against,’ she told Buzzfeed. (According to public records, Gendville has not voted since 2012.)”

Now, I live for those little perfect gems of hypocrisy, perhaps because as a journalist, I get a kind of professional thrill when reckless exploiters get caught. But there are also much subtler examples of the iffy morality of environmental defenders than extremely un-self-aware gentrifiers. What about staunch defenders of car-free urban living who actively campaign against pro-density, affordable housing measures? People who advocate for alternative energy in the name of staving off climate change, but don’t care about the associated impacts of lithium mining? Devotees of all-organic everything who never tip the servers at their local juice bar because they say they can’t afford the extra expense?

One thing all those examples have in common is that they involve people who choose not to consider how inequity makes the benefits — and even the possibility — of an “eco-friendly” lifestyle inaccessible to so many. For example, a sustainably farmed, low-carbon footprint diet sounds great, but it can come at a hefty premium, which puts it out of reach for a lot of people in lower income brackets.

There’s also a potentially dangerous strain subset of “environmentalism” out there that one might call eco-fetishism: the segment of people who love nature and vegan diets and effortless organic cotton sheath dresses for their purity. All those things feel clean and close to nature and therefore inherently good. There was even a much-publicized study a few years ago suggesting that simply being presented with the mere image of organic foods made people harsher in their judgments of others — but simultaneously less likely to help out when asked. (Note there are serious flaws to this study, but we can still call it food for thought.)

One could carry that line of “natural = morally good” to a relatively ugly place, if so inclined: We must keep the forests healthy and lush (yes, sounds good), which means fewer humans (hmmm), which means we can’t have any more immigrants (pardon?) and definitely no more brown children (good lord??)!

This is the point of Ours, a new project by artist Samuel Marion, which imagines a toney outdoor gear brand backing something called the “Malthusian Initiative” with the following ethos: “As the loss of biodiverse landscapes all accelerate, we are doing our best to address the cause, and not just symptoms, of global warming: overpopulation.” The site is satire, but it really doesn’t sound too far off from a lot of environmental groups, including the virulently anti-immigration, conservation-funding Colcom Foundation.

So no, not all eco-minded people, groups, or even causes are inherently good. You can probably find some environmentally questionable behavior in the lives of most self-described eco-conscious people. But environmental hypocrisy is all but impossible to avoid in a society that’s built top-to-bottom on fossil fuels. But rather than focus on planet-supporting perfection as a prerequisite for goodness, I would argue that it’s hard to be a good person — or at least a really good person — without possessing at least some level of eco-consciousness.

In the end, remember that most people are really trying to get by with their ethics intact in a world that very much incentivizes bad behavior — so try to be a bit easy with your judgment.