It’s Monday, August 12, and India is going to look a whole lot greener. 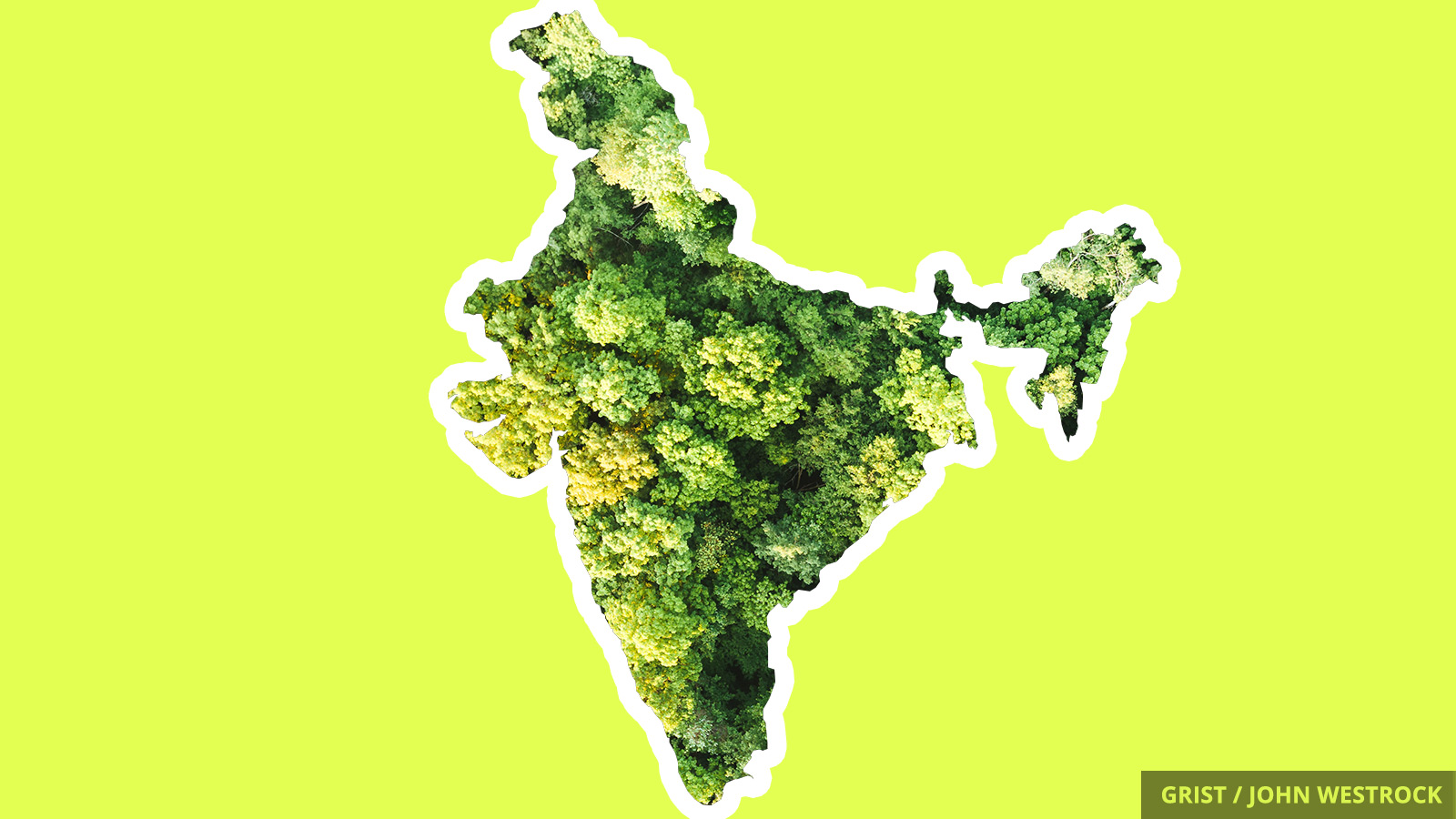 In just one day, more than a million students, government officials, and volunteers in India planted a whopping 220 million trees in the subcontinent’s most populated state, Uttar Pradesh. The marathon 24-hour tree-planting frenzy was all thanks to a government campaign to combat climate change and improve the environment, according to The Associated Press.

“We set the target of 220 million because Uttar Pradesh is home to 220 million people,” state Chief Minister Yogi Adityanath told The Associated Press.

Dozens of species of saplings were planted in over 1.4 million locations, including 60,000 villages. Though the saplings are planted, they’re not entirely out of the woods, so to speak. Usually, only about 60 percent of saplings survive, with the rest succumbing to disease or lack of water.

In India, air pollution kills over a million people per year. Right now, the country is home to 9 of the top 10 most polluted cities in the world. As part of the Paris Agreement, India pledged to increase forest cover to 235 million acres — one-third of the country’s land area — by 2030, but its growing population of 1.3 billion people and rapid industrialization are hampering those efforts.

Of course, planting saplings is not the end-all-be-all solution, but volunteers hoped getting their hands dirty would spur new climate-forward activity to take root.

Newark, New Jersey, is distributing bottled water to residents after the EPA sent an urgent letter Friday advising that lead levels in the city’s water are not safe for consumption. Newark officials initially denied a possible lead contamination issue for over a year, but then last fall distributed water filters to some residents. The New Jersey EPA is saying the filtration devices aren’t enough and has threatened to hold state and local officials legally accountable.

President Trump’s decision to open up Alaska’s Bristol Bay, a salmon habitat of global importance, to mining came after an off-the-books meeting with Alaska Governor Mike Dunleavy aboard Air Force One, CNN reports. Following the meeting, senior EPA officials told staffers that the Pebble Mine project would go forward. President Obama had blocked the project after EPA scientists found that the mine would cause “complete loss” of the bay’s fish habitat.

The White House on Monday put the finishing touches on a big overhaul to the Endangered Species Act, which Trump says will make regulatory burdens less onerous. Environmentalists say more creatures will go extinct as a result. The U.N. recently published a terrifying report that says humankind is on track to wipe out a million species — and it looks like the Trump administration is eager to speed up the process.

Meet the Uber of public transit