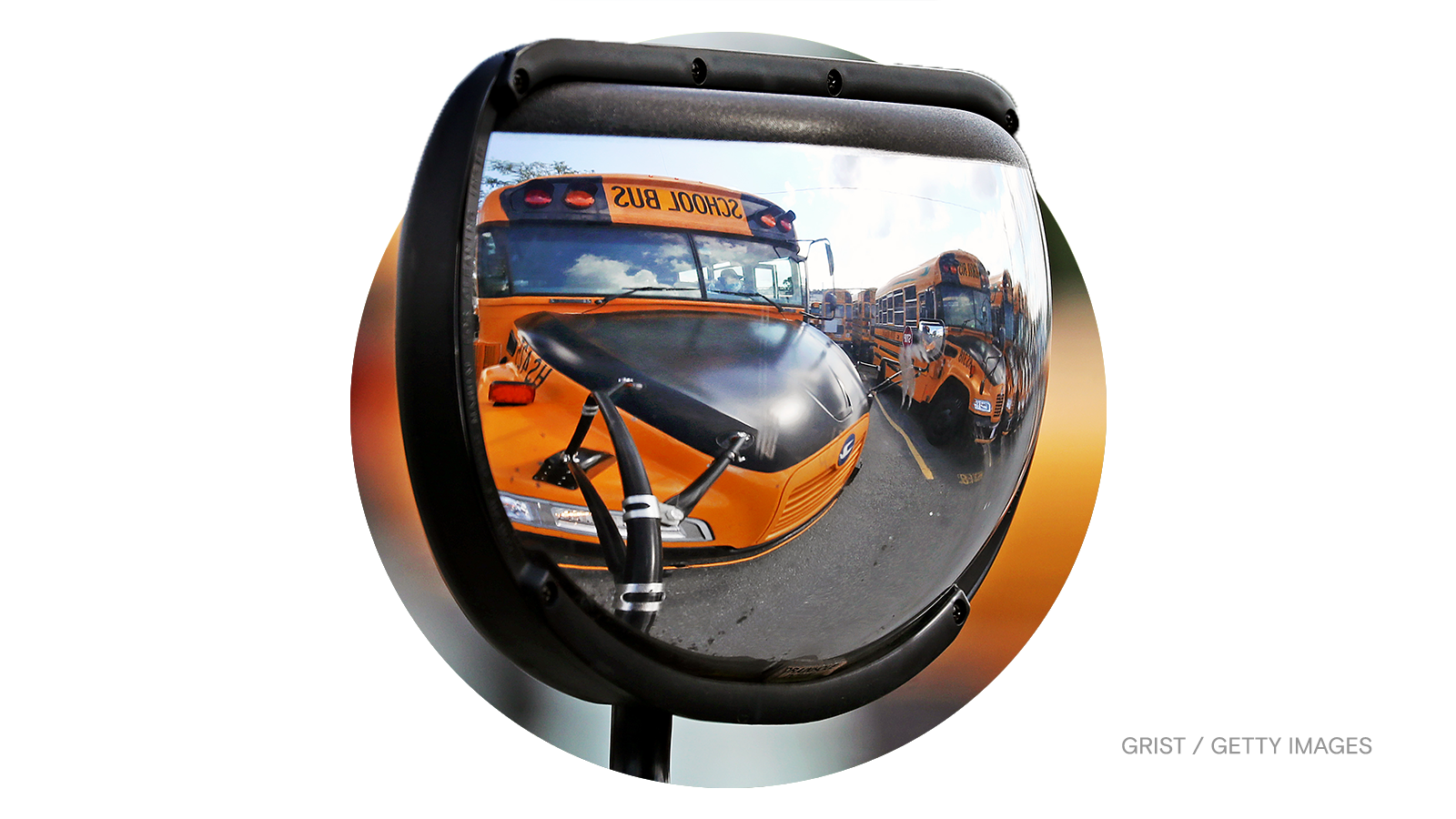 “The Administration is seizing the opportunity to align classrooms with the science of learning and development to improve educational equity and environmental justice,” the White House said in a fact sheet.

At the center of the Biden administration’s action plan is the $500 million grant program. Funded by the bipartisan infrastructure law that President Joe Biden signed last November, the program is intended to address longstanding public health problems that can inhibit schoolchildren’s ability to learn, such as poor indoor air quality. According to a 2020 report from the Government Accountability Office, more than half of the country’s school districts need to update or replace their heating, ventilation, and air conditioning or other systems.

By boosting energy efficiency and encouraging a shift to clean energy, the grant program is also intended to help drive down greenhouse gas emissions. Public school buildings account for 5 percent of the U.S.’s energy consumption from commercial buildings, and their facilities emit more than 72 million metric tons of CO2 each year — about as much as 8.6 million homes. Additional reductions in climate pollution are expected to come from a separate, $5 billion pot of money to buy electric school buses. The Biden administration released an online tool to help districts apply for this funding on Monday.

Environmental advocacy groups cheered the White House’s action plan as a victory for students, because the money saved on energy could translate to additional funding for education. “This funding is a great start … to help schools shift from operational costs and put dollars back into student learning,” Tish Tablan, program director for the clean energy nonprofit Generation180, told me.

The country’s largest potash mine is coming to Michigan. Here’s why locals are worried.
Lina Tran, Grist
➤ Read more

A new record for battery storage