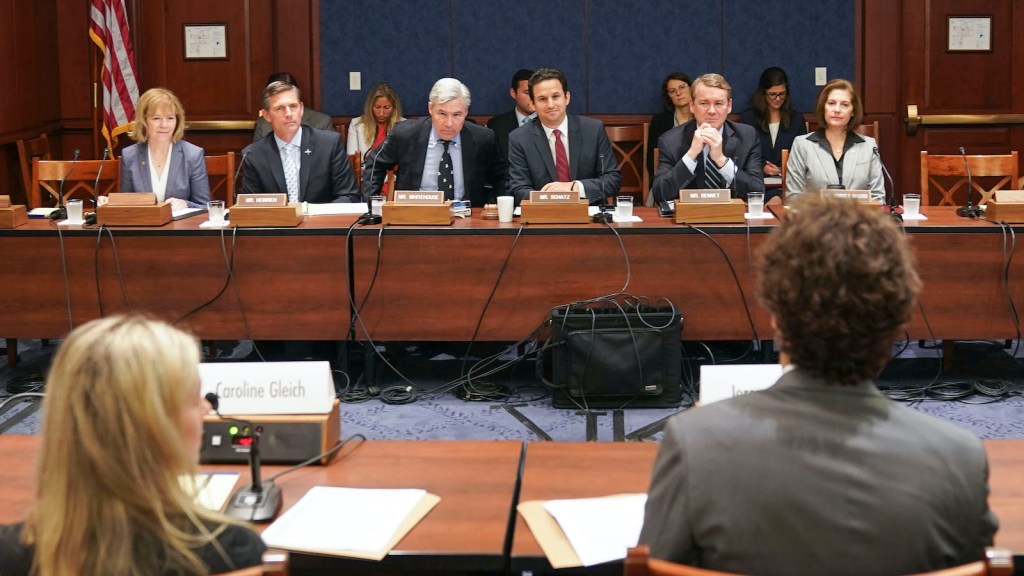 Another day, another 100-plus-page Democratic plan to address our overheating planet and the growing climate crisis. On Tuesday, the Special Committee on the Climate Crisis — a group of 10 Democratic U.S. senators led by Senator Brian Schatz from Hawaii — released a 260-page report calling on the government to spend more than $400 billion a year toward building “the clean energy future we all deserve.”

It’s not the first climate plan to be released in recent months, and it won’t be the last. Two months ago, Democrats in the House released a 538-page report to tackle the climate crisis and reduce inequality at the same time. Democratic presidential nominee Joe Biden, meanwhile, has pushed a $2 trillion plan that would eliminate emissions from the electricity sector by 2035 and spur huge investments in clean energy.

The Senate plan, however, covers different ground. Here are three ways the Democratic senators’ plan diverges from the other recent plans we’ve seen.

The plan doesn’t say exactly how we should cut emissions, just how much we should spend

Compared to other climate plans, the Senate’s climate action roadmap is a little vague on policy specifics. Like the Biden and House plans, it calls for the country to cut carbon emissions to “net-zero” by 2050 — but at this point, that goal, once seen as ambitious, is a must-have. After all, climate-fueled disasters are spreading at a rapid rate: Wildfires in California have burned more than 1.25 million acres so far this summer, and Hurricane Laura, one of a number of record-breaking tropical storms this season, is poised to make landfall in the Gulf Coast on Wednesday or Thursday.

To help the nation get to net-zero, both Biden and House Democrats have thrown their weight behind creating a clean electricity standard, which would require all of the nation’s electricity to be carbon-free by 2035 or 2040, respectively. The Senate plan, however, is more ambivalent on how to cut emissions from electricity, saying that “a federal clean energy standard, emissions standards, a carbon price, and/or other market mechanisms” could all work if tied to massive clean energy spending. (The plan does support creating or strengthening federal standards for vehicle emissions and pollution from heavy industry.)

Though the plan doesn’t commit to a specific strategy for cutting emissions, it does put a price tag on what it will take to cut emissions dramatically. According to the senators, the federal government should be spending at least 2 percent of the country’s gross domestic product every year to address climate change — and funneling 40 percent of that spending towards communities on the frontlines of the climate crisis. (They predict this investment will create around 10 million jobs.) Based on the current U.S. GDP, that’s around $400 billion a year, almost on par with the $2 trillion Biden has vowed to spend in a four-year period.

Many of the economic risks of climate change are already crystal clear, and yet financial markets have yet to take them into account. The Senate committee devotes a substantial part of its plan to this oversight, warning that if banks, insurers, and investors are allowed to continue taking on more risk under the assumption that the government will bail them out later, it could lead to a 2008-style economic crisis.

There are three ways that climate change presents a systemic risk to the financial system, according to a recent report by the sustainable finance nonprofit Ceres. The most obvious are the direct economic losses caused by climate change-fueled droughts, heatwaves, wildfires, storms, and flooding. Then there are the socioeconomic risks — things like negative health impacts and lost productivity due to extreme heat, or declines in tourism as biodiversity dissipates. Lastly there’s something called “transition risk,” the idea that companies that aren’t preparing for the transition to the carbon-neutral economy are setting themselves up to lose money because their assets could lose value rapidly.

The Senate plan runs with a number of Ceres’ recommendations, including the suggestion that the Securities and Exchange Commission (SEC) require publicly traded companies to disclose their climate risks. It also recommends that the SEC require credit rating agencies to account for climate risk in their methodologies, warning that the current rating system allows the companies that are driving climate change to have easy access to credit.

Senate Democrats also want the Federal Reserve to incorporate climate change into U.S. monetary policy and in its “stress tests,” or analyses of how well financial institutions, as well as the entire U.S. economy, can withstand a financial crisis. The plan recommends the U.S. officially join the Network for Greening the Financial System, an international collaboration developing new approaches to financial regulation.

There’s broad support for these changes. In mid-July, 40 investors representing nearly $1 trillion sent letters to U.S. financial regulators, urging them to incorporate climate change into their mandates. The mega-plan released by House Democrats in June included many of the same recommendations. The Senate committee contends that they will not only mitigate financial risk, but also reorient the market to make the investments needed to fight climate change look more financially attractive.

The plan goes after dark money in politics

Current campaign finance and lobbying laws allow an oil company like ExxonMobil to pour millions into a marketing campaign aimed at greening its public-facing image while simultaneously lobbying against climate policy in Congress. In the Senate plan, a section on “dark money” seeks to limit Exxon’s and other fossil fuel corporations’ abilities to influence elections and spread disinformation about climate change.

Citizens United, the 2010 Supreme Court decision that allowed corporations to spend unlimited amounts to advocate for the election or defeat of politicians — anonymously, via shadowy nonprofits, if they wished — “allowed fossil fuel political power to effectively capture Republican elected officials nationwide,” the plan says. In order to curtail the influence of fossil fuel dollars on elected officials, the committee suggests a three-pronged approach: expose, reform, and alert.

The initial step is to pull back the veil on fossil fuel industry funding. In order to accomplish this, the plan says Congress should investigate which corporations are funding which nonprofits, even requiring witnesses from nonprofits who testify before congressional committees to disclose their funding sources — if the funders have a vested interest in the subject at hand.

To reform the campaign finance system, the plan recommends that the Securities and Exchange Commission create a rule that would require companies to disclose their spending on everything that has to do with influencing politics. The committee also prompts Congress to update and enforce the Honest Leadership and Open Government Act of 2007, which sought to shut the revolving door between the private sector and the federal government (it didn’t work). And, finally, the plan says Congress should pass legislation mandating transparency in election spending. The Senate attempted to pass such legislation in 2012 but it was blocked by Republicans.

Curiously, the third prong of the committee’s plan for dark money, “alert,” provides little in the way of concrete action. Instead, the senators call on corporate America to use its political clout to put pressure on fossil fuel companies and boost climate action in Congress.

“Imagine how quickly Congress could act if powerful trade associations like the U.S. Chamber of Commerce and National Association of Manufacturers became advocates for serious pro-climate policies,” the plan says. “Imagine if the powerful banking, agricultural, financial services, technology, and consumer products lobbies came in and demanded real climate action.”

In short, the Senate Climate Crisis Committee knows that politicians can’t build “the clean energy future we all deserve” on their own. The plan isn’t just a roadmap for Democratic lawmakers; it’s also an invitation to major corporations to use their power for the greater good.