It’s Friday, May 27, and U.S. regulators want to block the Pebble Mine project in Alaska from moving forward. 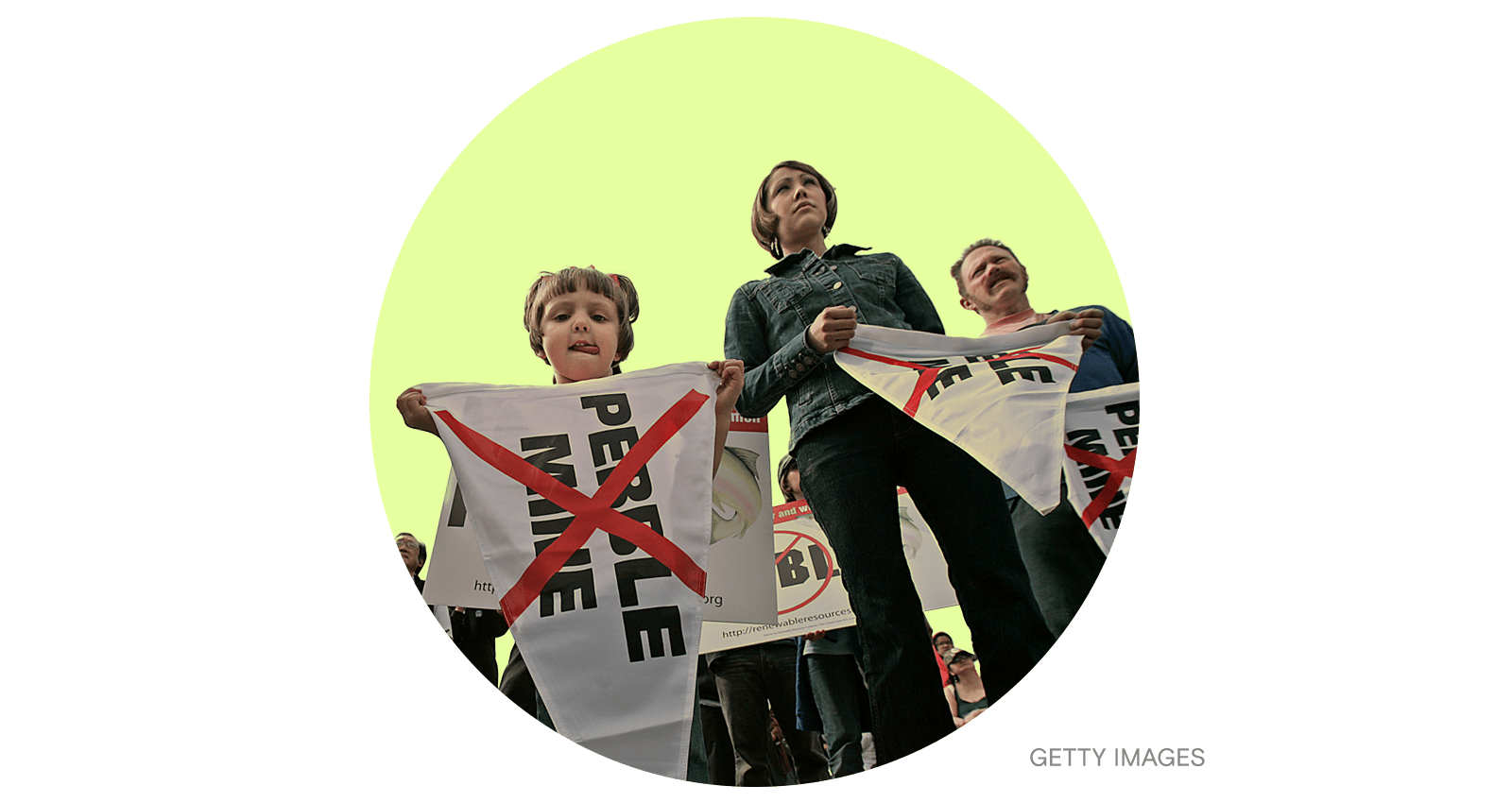 The Biden administration has proposed new protections for Bristol Bay in southwestern Alaska, potentially dealing a “death blow” to a controversial mining project.

Using its authority under the Clean Water Act, the Environmental Protection Agency, or EPA, said on Wednesday that it would ban the disposal of mining waste in the Bristol Bay watershed, where developers have been planning to open a sprawling open-pit mine since 2002, hoping to extract copper, gold, and other metals.

Opponents say the project — known as Pebble Mine — would do irreversible damage to the region’s rivers, streams, and wetlands, jeopardizing the world’s largest sockeye salmon fishery and the thousands of jobs it sustains. According to the Natural Resources Defense Council, a completed Pebble Mine could pollute the area with some 9 billion metric tons of toxic waste.

“[T]he Pebble Deposit would cause permanent damage to an ecosystem that supports a renewable economic powerhouse and has sustained fishing cultures since time immemorial,” Casey Sixkiller, a regional administrator for the EPA, said in a statement. The agency’s proposal would protect a 308-square-mile section of Bristol Bay around the proposed Pebble Mine site — a small slice of the watershed’s entire 40,000-square-mile area. In 2014, the Obama administration proposed but never finalized protections for the region. And the Biden EPA began exploring the possibility of protecting the area through the Clean Water Act last year.

A coalition of Alaska Native communities, environmental groups, and the fishing industry has spent more than a decade opposing the Pebble Mine project. They cheered the EPA’s proposal but vowed to keep the pressure on. Joel Reynolds, Western director and senior attorney for the nonprofit Natural Resources Defense Council, said that the agency’s ruling could not only stop Pebble Mine, but also discourage similar projects throughout Bristol Bay. “I don’t think there’s any question that [the EPA’s] action will send a message to the mining industry that this kind of project is unacceptable in this region,” he told me.

The EPA’s proposal will now be subject to a public comment period until July 5, after which it expects to put the proposal in place.

In an era of drought, an obscure water contract is pitting California farmers against each other
Jake Bittle, Grist
➤ Read more