It’s Wednesday, March 18, and a new bill wants to give lithium-ion batteries a second life. 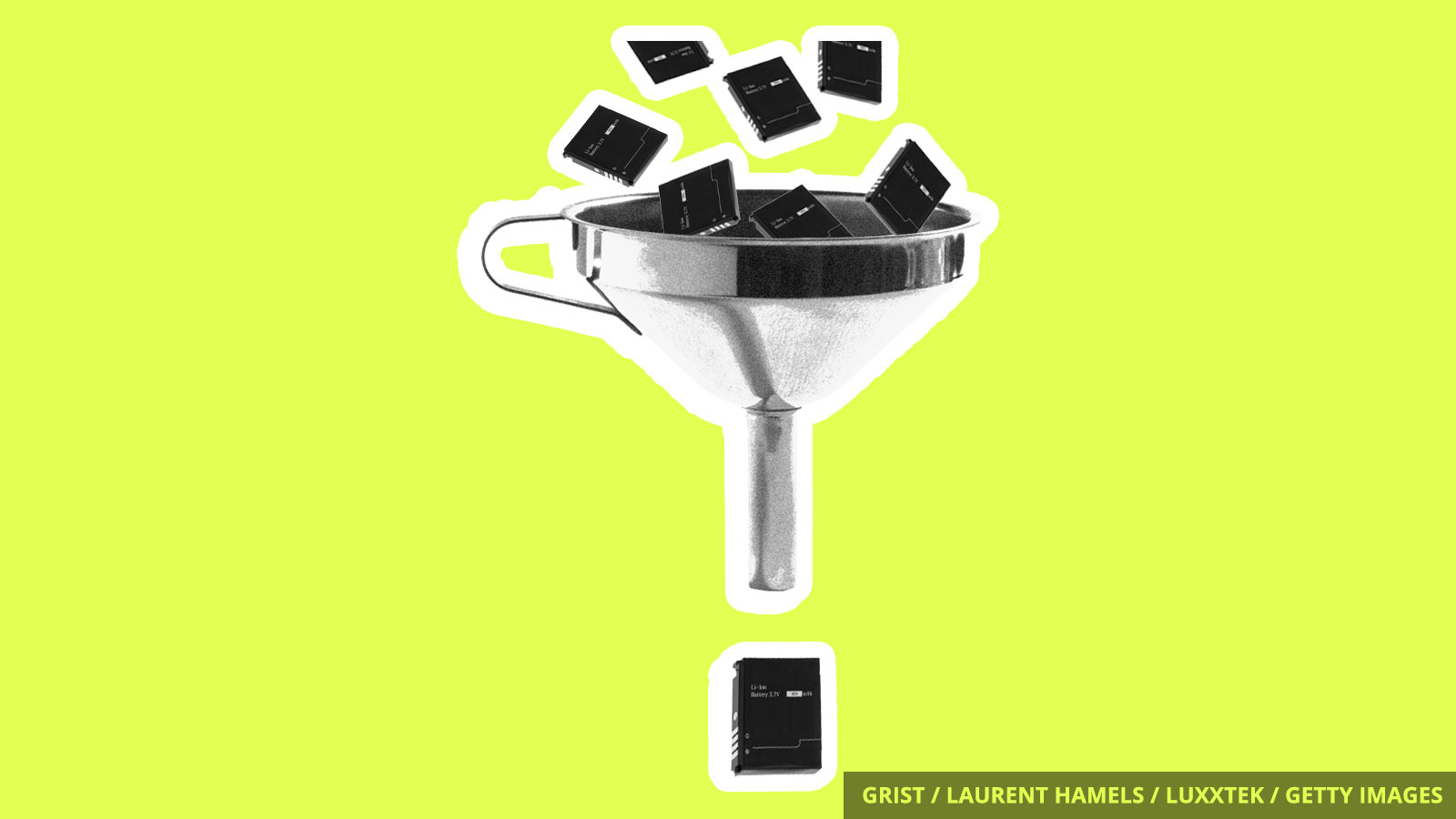 As with plastic bottles and aluminum cans, Americans suck at recycling the lithium-ion batteries in laptops, iPhones, and Teslas. A new bill circulating in Congress, the Battery and Critical Mineral Recycling Act of 2020, seeks to change that by finding new ways to recover the lithium stashed in your broken old phone.

Experts warn that lithium mines may soon struggle to keep up with global demand for electric car batteries and renewable energy storage. As Maddie Stone reports for Grist, the new bill heeds this warning and promotes mining our landfills, scrapyards, and closet shelves to extract lithium from spent batteries and reuse the valuable element to make new batteries. It would fund competition for inventing a better recycling process, since current recycling technologies are energy intensive, difficult, and produce toxic byproducts. The bill would also pump money into battery recycling collection programs and labeling programs that inform consumers how to recycle their spent batteries.

The ongoing COVID-19 pandemic means that the new battery bill isn’t likely to be a priority in Congress anytime soon. But it’s a solid starting point for an issue we’ll have to tackle to make a sustainable green transition a reality.

Wall Street poured $2.7 trillion into fossil fuel companies between 2016 and 2019, according to a new analysis. JPMorgan Chase, whose economists recently wrote an internal report arguing that climate change is a threat to humanity, leads the list of fossil-fuel funders with a whopping $269 billion invested in oil, gas, and coal extraction.

China may relax its emissions rules to help carmakers and other industries recover from the economic fallout from the coronavirus. For two months, shuttered factories briefly caused clear skies over notoriously polluted cities like Beijing and Shanghai. Now, however, Chinese authorities are considering delaying the rollout of new emissions standards to help car companies.

Elon Musk, Tesla’s billionaire CEO, tried to keep a Bay Area Tesla manufacturing plant open despite the global pandemic — but is now being ordered by Alameda County to comply with a three-week lockdown. The county sheriff’s office announced on Tuesday that the electric vehicle company is “not an essential business,” just a day after Tesla told employees that it would continue manufacturing amid the crisis.