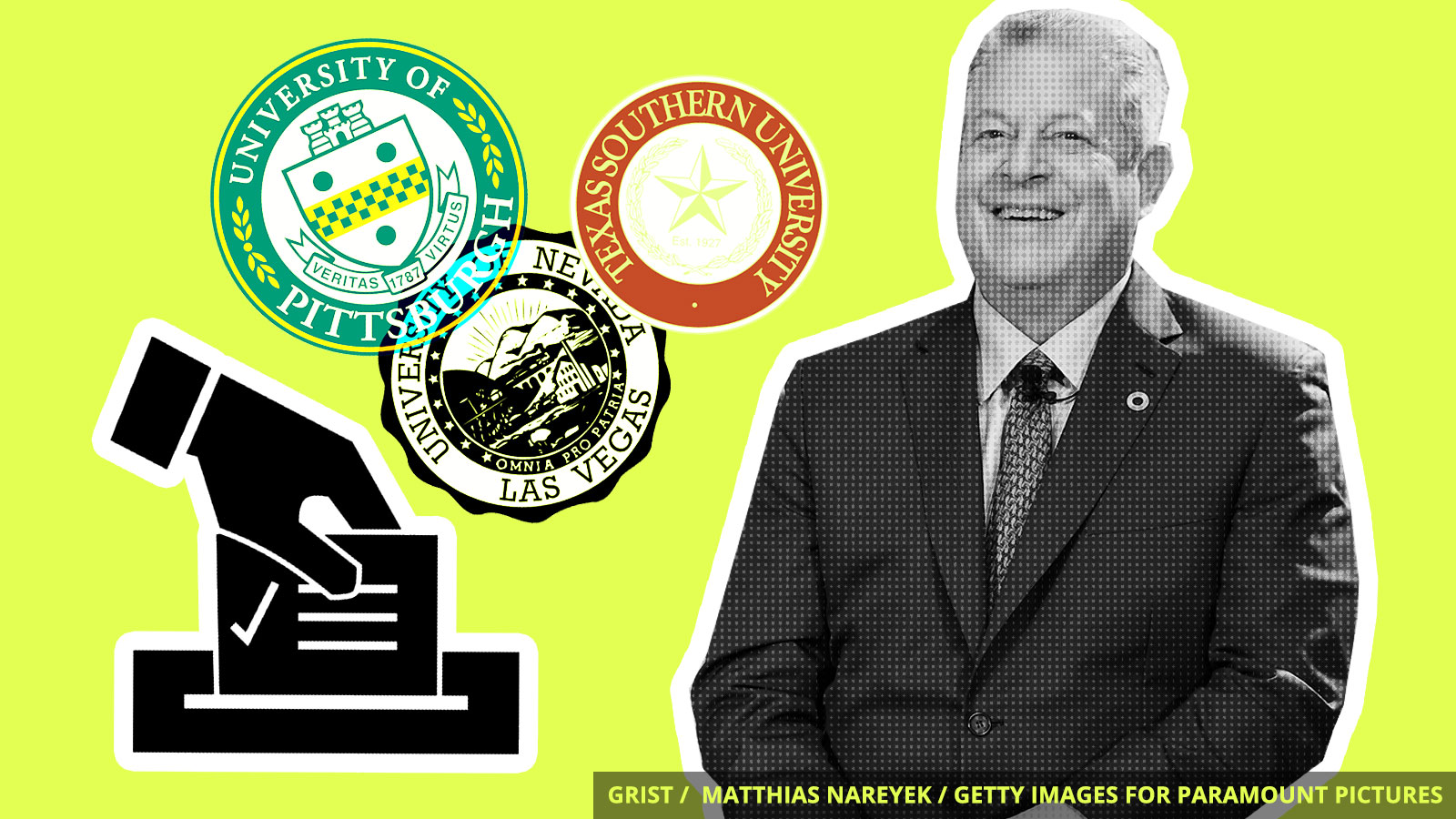 Declaring young voters “a driving force for climate action this November,” the former vice president and creator of An Inconvenient Truth is directing resources from his Climate Reality Action Fund towards promoting youth turnout for the 2020 presidential election. Over the next several months, Gore will spread his message — “Vote Your Future: Vote Climate” — alongside youth organizers at college campuses in swing states.

Gore’s focus on young voter registration operates under the (reasonable) assumption that any candidate opposing Trump would pursue a less catastrophic climate policy. Although the one-time presidential candidate has paid lip service to the Green New Deal, he has not endorsed any of the Democratic candidates or their specific climate plans.

Gore is far from alone in focusing on voter mobilization to fight climate change. The grassroots Sunrise Movement, which has endorsed presidential candidate Bernie Sanders, has already invested thousands of hours in youth-targeted campaigning in the name of climate action. And the Environmental Voter Project has been encouraging people who care about climate and the environment to show up at the polls since 2015.

In the last two months, about 211 million gallons of toxic sewage has leaked into the waters and streets of Fort Lauderdale, Florida, resulting in a $1.8 million fine for the city. The spill, caused by old, broken sewer pipes, has flowed into residential homes, killed fish, and released a foul odor into the air.

Warming temperatures could eradicate almost all coral reef ecosystems by 2100, according to a new study. Researchers found that most of the places where coral reefs currently exist will no longer be suitable habitats by 2045 because of rising temperatures and ocean acidification.

A bomb cyclone dubbed Storm Dennis has wreaked havoc on England and Wales, inundating 1,400 homes and businesses and killing at least five people. Some parts of Wales saw a month’s worth of rainfall in 48 hours, and about 140 flood warnings remain in effect across the U.K.