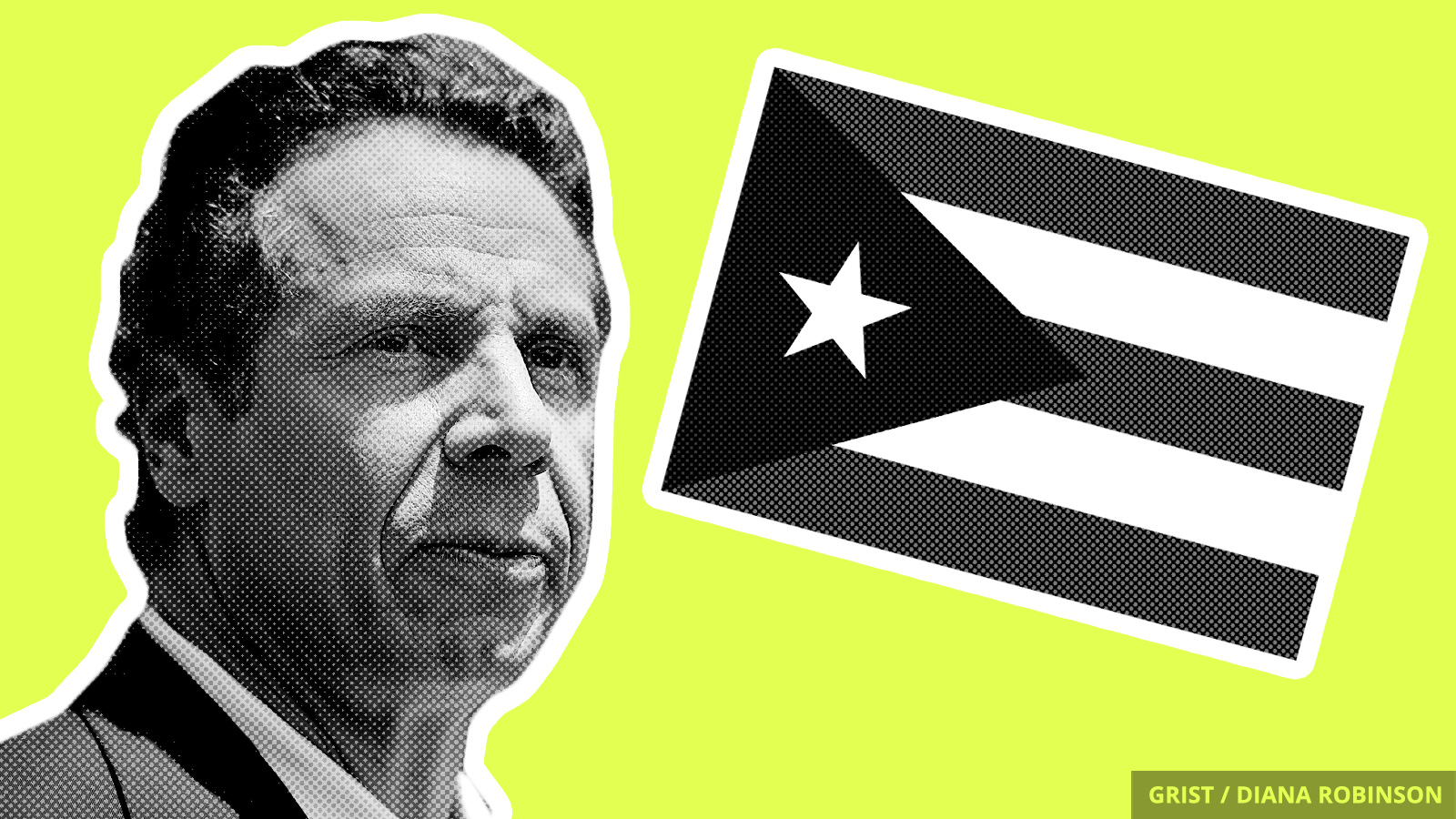 Empire State Governor Andrew Cuomo thinks the way President Trump handled hurricane Maria in Puerto Rico was “despicable.” Over Labor Day weekend, Cuomo announced that he plans to take the lead in filing a lawsuit against the Trump administration for its failure to provide relief.

“Florida got attention, Texas got attention and Puerto Rico got the short end of the stick. That is not just wrong and unethical and despicable, it is also illegal,” the governor said in a release on Sunday.

Puerto Rico’s list of grievances against Trump and his response to hurricane Maria, the worst natural disaster to hit Dominica and Puerto Rico, is … long. Cuomo’s office released a list of five major disparities between the way Trump handled hurricane fallout in Florida and Texas compared to Puerto Rico. For starters, it took the feds three weeks to start delivering critical supplies to the island but six days to get supplies to Texas after Hurricane Harvey. FEMA approved nearly 23 times as much money for victims of Harvey than it did for victims of Maria.

When Trump visited Puerto Rico, he boasted that Maria wasn’t a “real catastrophe like Katrina,” because the official death toll estimate was 16 at the time. A new report commissioned by the Puerto Rican government shows that number was way off — an estimated 2,975 people died, about 1,000 more than the number of people who perished in the aftermath of Hurricane Katrina in 2005.

As it happens, New York has the largest stateside population of Puerto Ricans. Cuomo said he plans to help the more than 11,000 of them displaced by the storm and living in New York file suit. “We are going to fight back and we’re going to show this president that the law is the law,” he said.

A new report by the U.S. Government Accountability Office casts more light onto just how flawed the federal response was to Hurricane Maria in Puerto Rico last year. According to the report, more than half of federal emergency personnel deployed to the island in Maria’s aftermath were not qualified to do the work. FEMA was also understaffed and short on Spanish-speakers.

Yet another climate skeptic is set to join the Trump administration. Trump is appointing Princeton atomic physicist William Happer to be the senior director for emerging technologies on the National Security Council. Happer has likened the U.S. signing of the Paris Climate Agreement to the U.K.’s appeasement of Hitler in the 1930s and has called climate science a “cult.”

Trump’s Supreme Court nominee, Brett Kavanaugh, doesn’t have a great track record on the environment either. The League of Conservation Voters published a review of Kavanaugh’s time on the U.S. Court of Appeals for Washington, D.C., and the effect his rulings have had on pollution, greenhouse gas emissions, and renewables. During his Senate hearing today, when asked about his attitude toward regulations designed to protect workers, consumers, and the environment, he responded: “I am not a skeptic of regulation at all. I am a skeptic of unauthorized regulation, of illegal regulation.”