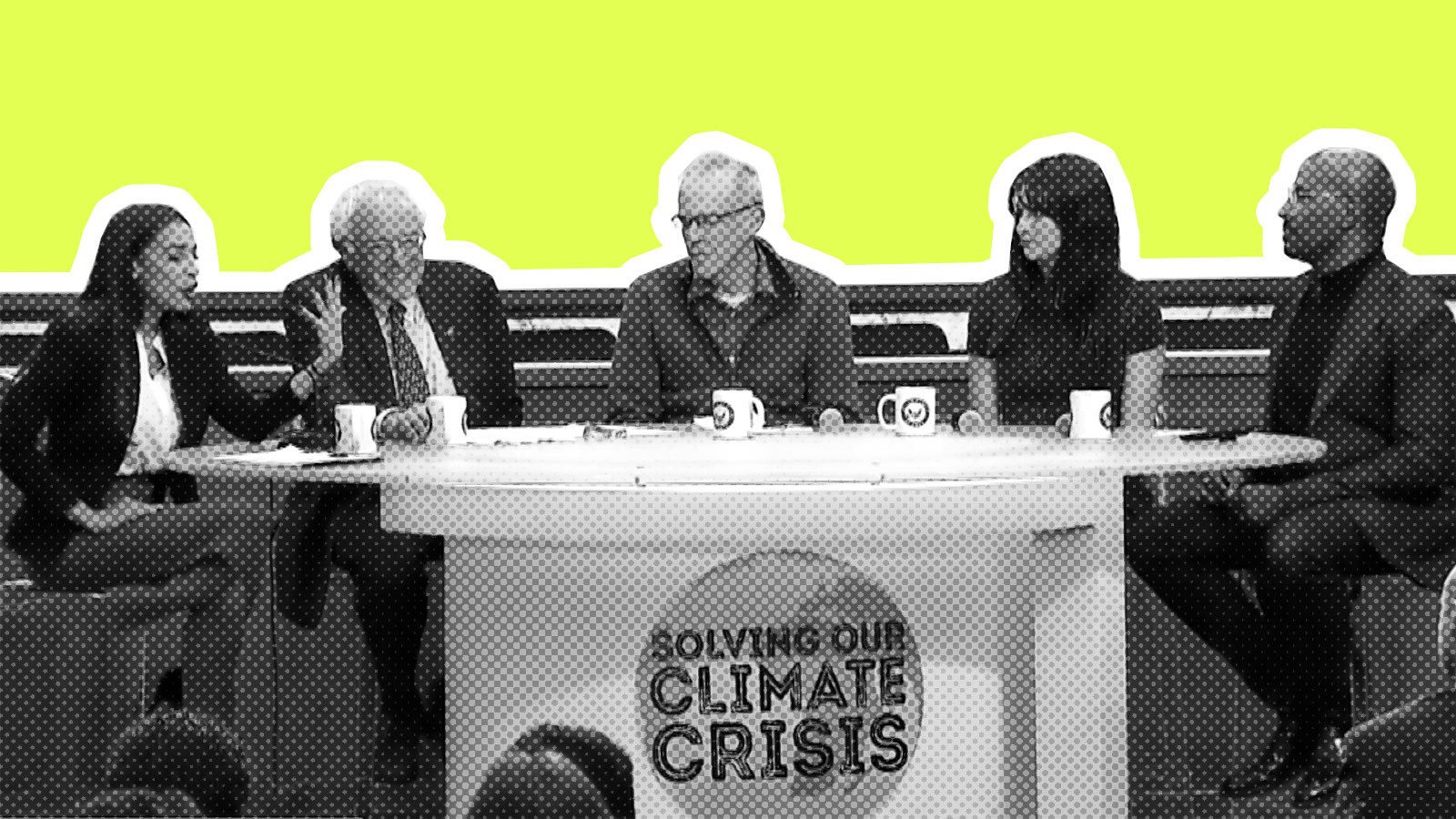 Not long after it was clear that Representative-elect Alexandria Ocasio-Cortez’s push for a Green New Deal was gaining actual momentum, Senator Bernie Sanders announced a town hall on climate change.

The event took place last night. Panelists included CNN star Van Jones, author Bill McKibben (who is a board member at Grist), actress/activist Shailene Woodley (who has been publicly advocating for climate solutions since before Standing Rock), and, of course, Ocasio-Cortez. The event didn’t really provide a lot of solutions, but it did put climate change front and center — something we always like to see.

Sanders opened up the conference with a jab at the coal company-sponsored U.N. climate talks underway in Poland right now, saying, “This event is not sponsored by ExxonMobil, nor is it sponsored or paid for by the Koch brothers.” Bernnn. Then, Van Jones asked the Union of Concerned Scientists climate science director if she could “come up with something to suck the CO2 out of the air.” She helpfully suggested a “tree.”

Ocasio-Cortez stole the show by charismatically slamming establishment politicians. When Sanders asked her whether sustainability is really as big of a disaster for the economy as the GOP says, she responded: “It’s unsurprising that the response to the only bold proposal [to address climate change is] we have is to incite fear. The only way we’re going to get out of this situation is by choosing to be courageous.”

On that hopeful note, a happy Tuesday to all my fine-feathered climate hawks.

Global leaders at COP24, the U.N. climate conference being held this year in Katowice, Poland, have done away with pleasantries, skipping straight to the collapse of civilizations. In his opening remarks, U.N. Secretary-General António Guterres urged countries to reduce their 2010 emissions by 45 percent over the next decade and to aim for net-zero emissions by 2050. Guterres warned of the “catastrophic consequences” that would result if the world didn’t take climate change seriously.

It might be best to just leave dams to beavers. A study published Monday found that the environmental toll of dams has been greatly underestimated. Costly mega-dam projects also rarely generate the amount of power promised, according to Pacific Standard.

Gas-guzzling cars are ready for a retirement, but Trump is giving them a lifeline. In August, the administration released a plan to freeze vehicle standards, claiming that it would save money and prevent deaths. Politico reported on Monday that the Trump administration has quietly lowered its estimate of the number of lives the freeze would save.