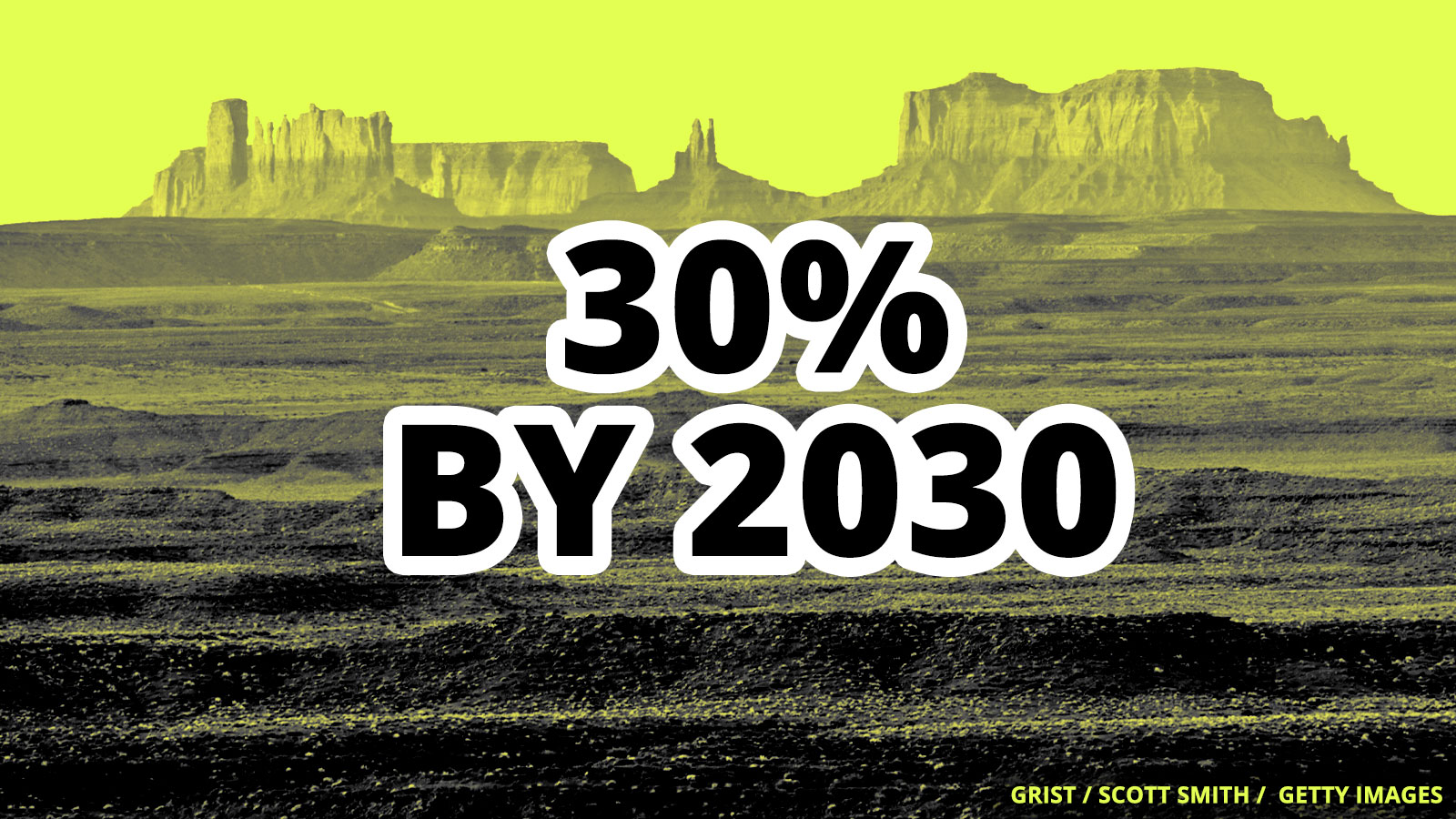 During a flurry of climate-focused executive actions yesterday, President Joe Biden promised to conserve 30 percent of U.S. land by 2030. The conservation pledge was part of an executive order that also prioritized environmental justice, halted oil and gas leasing on public land, and curbed fossil fuel subsidies.

Only 12 percent of U.S. lands are currently protected, meaning Biden would have to nearly triple current levels of conservation to meet the target — an area twice the size of Texas. The president also committed to the conservation of 30 percent of U.S. coastal waters. That’s an easier lift, given that 26 percent of these waters are protected at present.

The 30 percent target stems from an initiative known as 30×30, which more than 50 other countries have joined in order to combat biodiversity loss. In 2019, the U.N. warned that more than 1 million species are at risk of extinction without ambitious conservation action. Yesterday’s pledge is a move in that direction.

“This is a crucial step to stopping the wildlife extinction crisis, which threatens the future of all life on our planet,” Kierán Suckling, executive director of the Center for Biological Diversity, said in a press release. “We’re grateful the Biden administration will address this global crisis.”

Despite Biden’s pause of oil and gas leasing on public lands, the Biden administration has issued at least 31 new oil drilling permits since Inauguration Day. BP and Shell are among the recipients of those permits, which authorize operations on federal land and offshore.

Though Apple, Google, Microsoft, Facebook, and Amazon have promised to lead the world to a greener future, over the past two years these “Big Five” tech companies only dedicated 4 percent of their federal lobbying activities to climate policy, according to a new report from the think tank InfluenceMap. During that same period, five big oil companies — Chevron, Shell, Exxon, BP, and ConocoPhillips — spent 38 percent of their lobbying efforts fighting climate legislation.

On Monday, the Environmental Protection Agency launched a civil rights probe after two Chicago environmental justice groups brought a complaint against the Illinois EPA for allowing a polluting scrap yard to be moved from Chicago’s wealthy North Side to its disadvantaged Southeast Side. The complaint says that the state colluded with city agencies and developers to settle polluting industries near communities of color.