It’s Monday, May 23, and California has big plans for offshore wind. 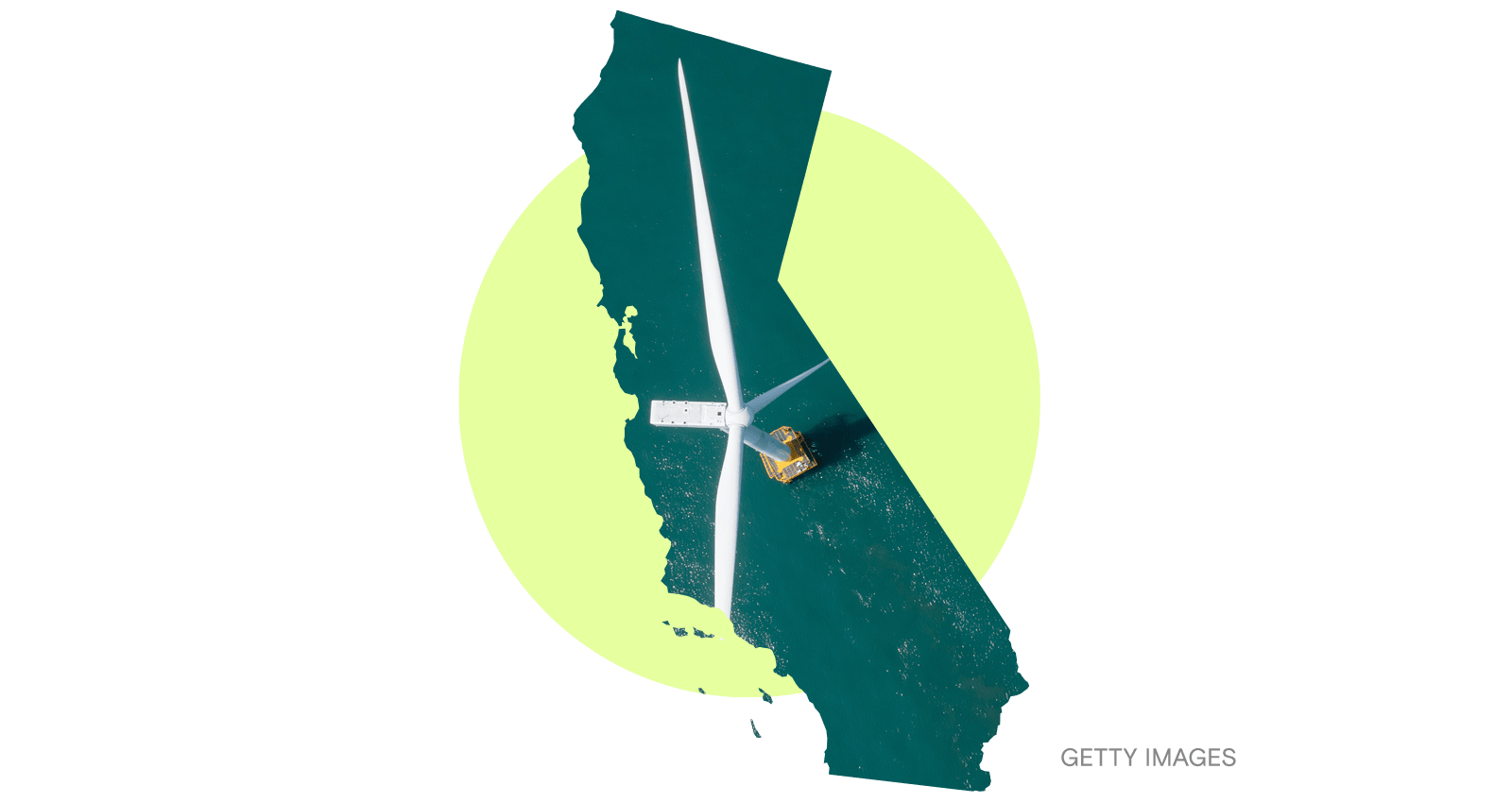 California, which already leads the nation on a number of environmental metrics, now ​​has an ambitious plan to become a powerhouse for offshore wind.

A draft report released earlier this month by the California Energy Commission, or CEC, lays out a comprehensive roadmap for offshore wind turbines, recommending that 3 gigawatts of capacity be added to the Golden State’s coastline by 2030. By 2045, the report recommends expanding to a total of between 10 and 15 gigawatts — more than any other state, and enough to power up to 15 million homes.

“Once finalized, these targets will give industry a strong signal that California is serious about offshore wind power,” Jordan Cunningham, a Republican assembly member from San Luis Obispo, told the San Luis Obispo Tribune. The report was required by a bill that Democratic Governor Gavin Newsom signed last September.

In addition to setting the benchmarks for 2030 and 2045, the draft document cites previous studies that have calculated a “feasible capacity” limit of nearly 22 gigawatts of offshore wind power for California. Areas with the potential for wind development span the state’s entire coastline, but some regions of particular interest include the Morro Bay wind energy area — a nearly quarter-of-a-million-acre swath of the ocean off the coast of San Simeon in Southern California — and another large area near Humboldt County in the northernmost part of the state.

Once the CEC votes on the draft report — which could happen during its next meeting on May 24 — it will have to prepare an economic assessment by the end of the year. The commission will also need to draw up a more detailed plan addressing procurement concerns, specifying necessary upgrades to the state’s electric grid, and highlighting potential harms to fisheries, Indigenous people, the military, and other stakeholders.