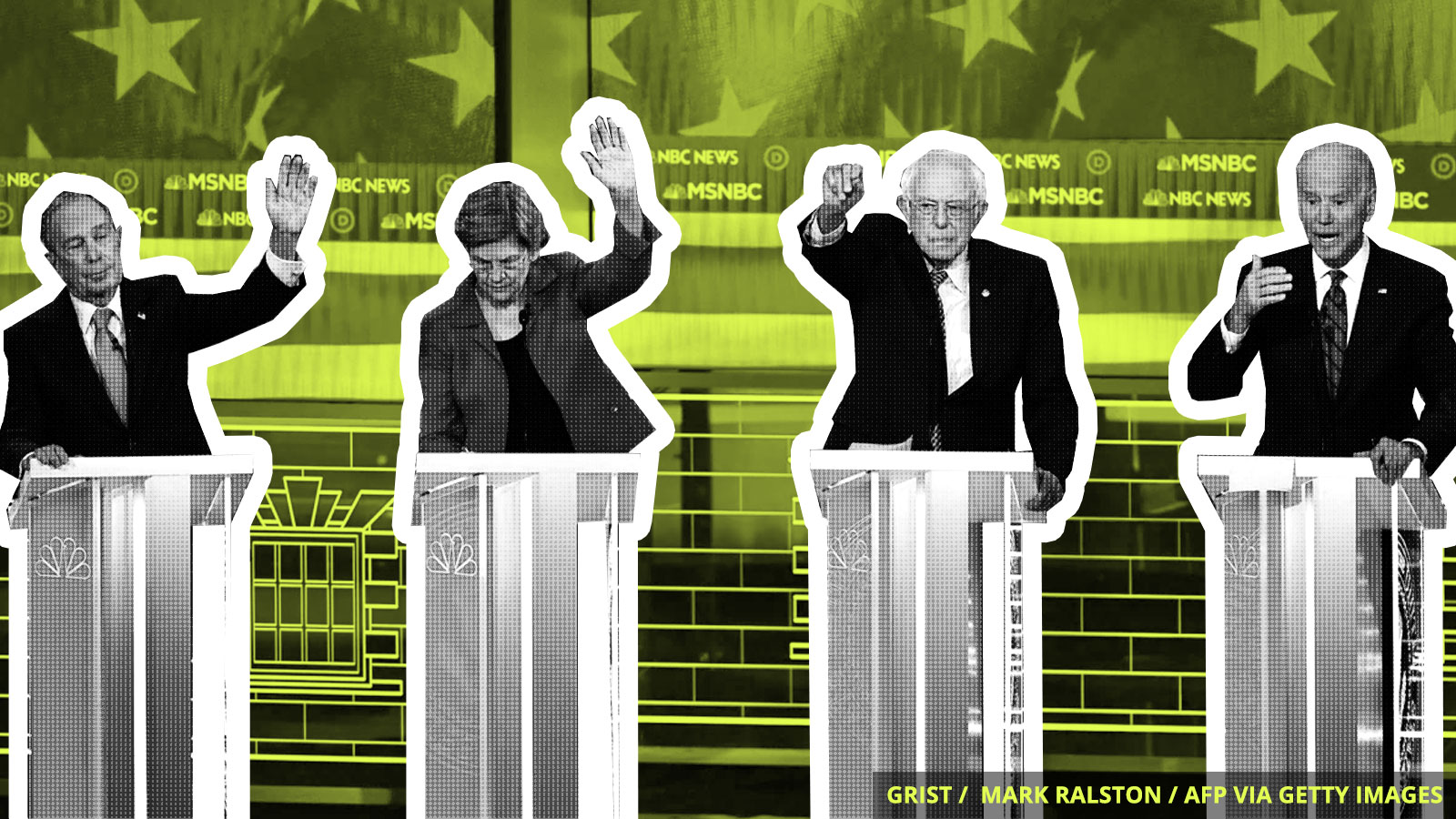 Wednesday’s Democratic primary debate in Nevada was different from the eight that came before it in one major way: It was the first debate in American history moderated by a climate journalist. Vanessa Huac, a climate correspondent for the American Spanish-language television network Telemundo, was one of five moderators grilling candidates.

Does that mean climate change was finally a key and decisive issue on the debate stage? You bet. And Huac wasn’t the only one asking tough climate questions.

For 16 minutes, the candidates took a break from piling on newcomer candidate and former New York City Mayor Michael Bloomberg to talk climate policy. The discussion was sparked by a question from moderator Jon Ralston, founder of the Nevada Independent, who asked about the threat that extreme heat poses to the livelihood of the state. The candidates went on to answer questions — and disagree — about coal, fracking, and how to rein in China’s greenhouse gas emissions.

One thing the Democrats on stage seemed to agree on was that climate change is an existential threat that needs to be addressed immediately, not decades in the future. “Let’s be real about the deadline: It’s not 2050. It’s not 2040. It’s not 2030,” former South Bend, Indiana, Mayor Pete Buttigieg said. “It’s 2020.”

A new report in Nature shows we’ve underestimated the oil and gas industry’s role in the current methane crisis by 20 to 40 percent. The amount of atmospheric methane, a potent greenhouse gas, has more than doubled since about 1750. The report says oil and gas companies need to do a better job of monitoring and capturing methane emissions.

Trump may say he’s an “environmentalist,” but his administration cleaned up fewer toxic superfund sites last year than any other administration since the superfund cleanup program was introduced in the 1980s. New EPA data shows that the federal government completed just six site cleanups in the 2019 budget year.

Climate change could ignite a recession “the likes of which we’ve never seen before,” according to expert commentary in Nature Energy. Financial markets are neglecting to account for the risks rising seas, floods, droughts, and fires pose to businesses, wrote accounting professor Paul A. Griffin.