It’s Wednesday, May 8, and climate change legislation is trending nationwide. 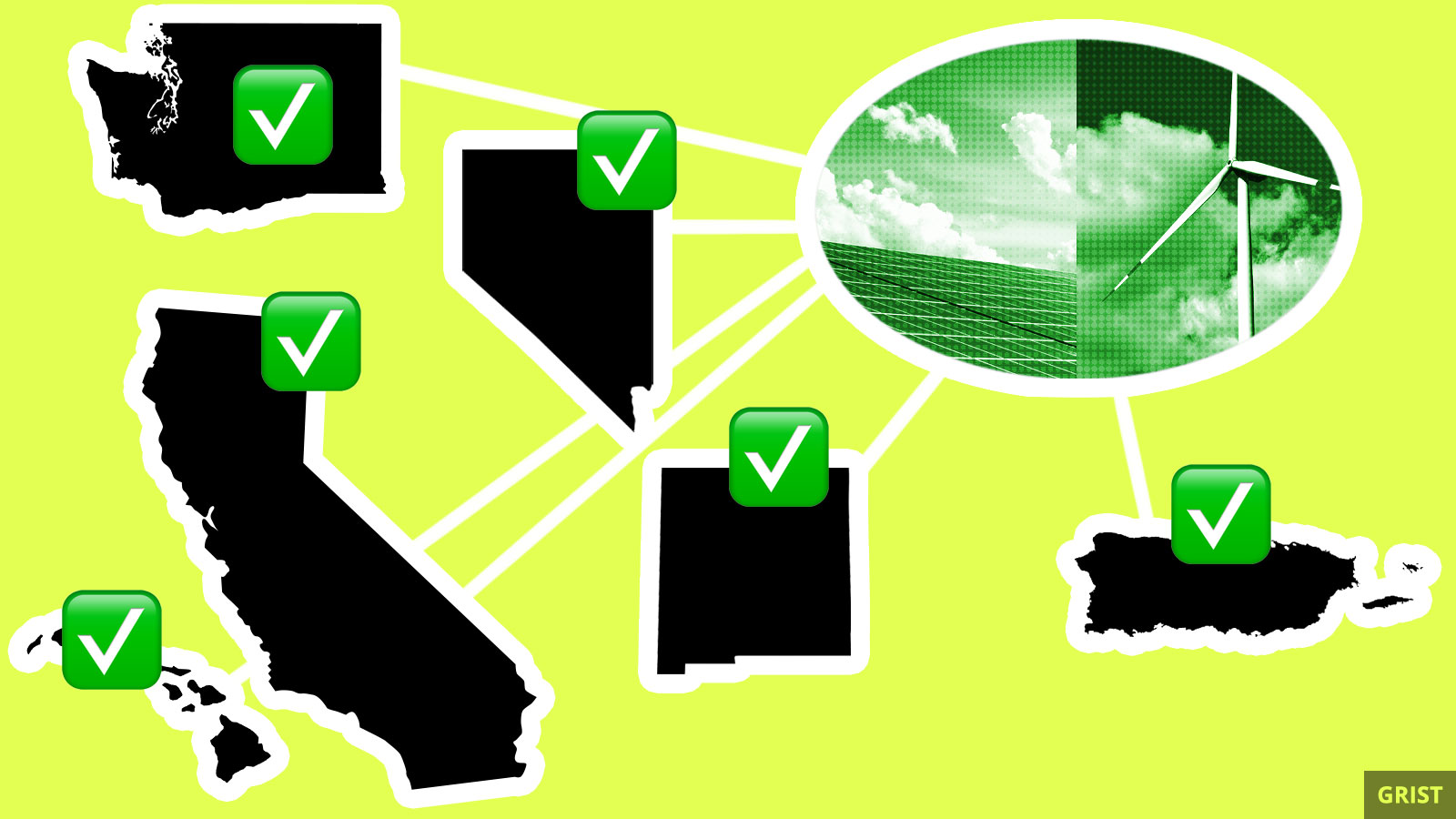 Green legislation is having a moment: One in five U.S. residents now live in places committed to powering their states with 100 percent clean energy.

Washington just became the fifth state or territory to come aboard the green express. On Tuesday, Governor Jay Inslee signed a law committing the state to get all of its electricity from clean energy by 2045. California, Hawaii, New Mexico, and Puerto Rico have already passed similar legislation committing to fossil fuel-free energy by 2050.

At least seven other states are considering their own clean energy bills: Florida, Illinois, Maine, Massachusetts, Minnesota, New Jersey, New York, and Virginia. And don’t forget the 100-odd cities like Orlando, New York City, Los Angeles, and Pueblo, Colorado that have already passed or are considering them.

Since January, six newly elected governors have joined the U.S. Climate Alliance, bringing their total to 24 U.S. governors who are committed to meeting the carbon-cutting goals laid out in the Paris Agreement, despite President Donald Trump’s vow to back out of the deal.

Why 2050? All these new policies are designed to comply with the Intergovernmental Panel on Climate Change’s report. It warned that greenhouse gas emissions must be brought to zero by mid-century to limit warming to less than 1.5 degrees Celsius above pre-industrial levels.

Josh Freed, who runs the energy program at the Third Way think tank in Washington, D.C., recently told Grist, “In our wildest expectations, we couldn’t have anticipated this much action this quickly.”

Ever wonder which countries are made up of the largest percentage climate deniers? According to a 23-country survey, that dubious honor belongs to Indonesia (18 percent) and Saudi Arabia (16 percent). The U.S. comes in third, with 13 percent of Americans still saying they believe that the climate is changing “but human activity is not responsible at all.”

The EPA’s own scientists and lawyers called on the agency to ban asbestos. It didn’t, according to a bombshell batch of memos. Instead, the agency issued a rule last month merely restricting the carcinogenic material, the production of which was banned in the U.S. in 2002. Asbestos is still imported to produce chemicals used in some forms of manufacturing.

Governor Jim Justice of West Virginia just happens to own 23 coal companies that operate across the South, including in his home state. Last month, NPR reported that the companies had repeatedly violated safety regulations meant to protect miners, incurring $4.8 million in penalties and fines. On Tuesday, the federal government sued Justice to get him to pay up.