It’s Tuesday, April 19, and climate scientists from around the world put their bodies on the line for climate action. 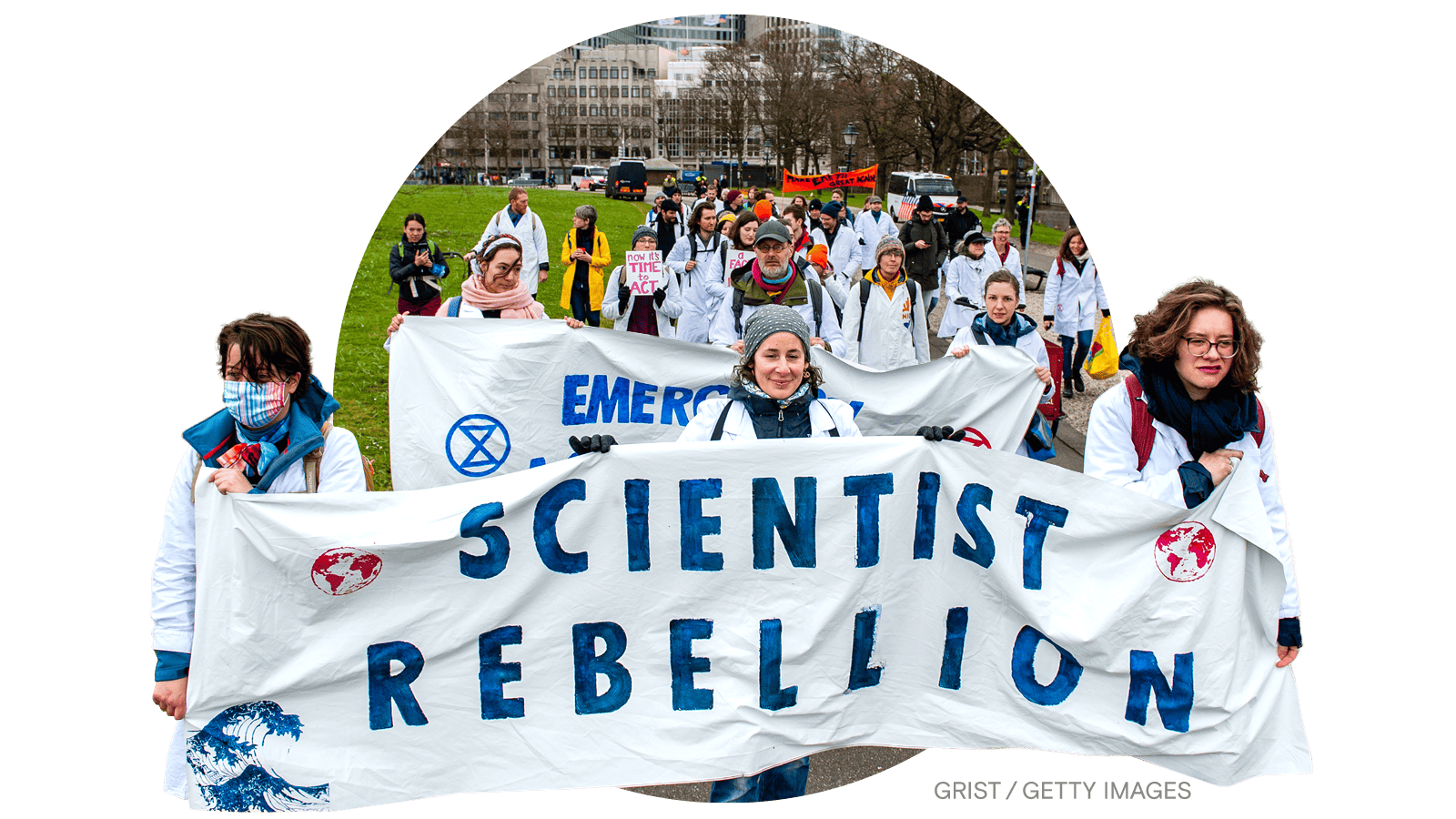 World leaders and business executives like to say they’re “listening to the science” when it comes to addressing climate change. Many climate scientists beg to differ — and have turned to activism to make their voices heard.

Subscribe to The Beacon to get this free newsletter in your inbox every morning.

More than 1,000 scientists from around the world participated in a series of climate protests last week, criticizing world governments for failing to mitigate greenhouse gas emissions. Since climate scientists first began sounding the alarm half a century ago, climate pollution has only continued to accumulate in the atmosphere, putting the planet on track for devastating temperature rise.

“We’ve been trying to warn you guys for so many decades that we’re heading towards a f—ing catastrophe, and we’ve been ignored,” said NASA scientist Peter Kalmus at a protest in Los Angeles. He and three others in LA were arrested after they chained themselves to a Chase Bank building in protest of the company’s support for fossil fuel projects. Protestors gathered in 24 other countries, throwing fake blood onto the Spanish National Congress, rallying outside the Ecuadorian Ministry of Environment, and engaging in other high-profile stunts.

The global protests were organized by Scientist Rebellion, a coalition of scientist-activists loosely affiliated with the advocacy group Extinction Rebellion. In sharp contrast to the political impartiality that many have come to expect from the scientific community, Scientist Rebellion has held a number of disruptions over the past two years with the goal of creating “a truly global and radical scientific movement.”

“Releasing reports is no longer enough,” Extinction Rebellion U.K. tweeted in support of a demonstration in London, where protesters glued scientific papers — and their own hands — onto a government building. One demonstrator said that such action was necessary because policymakers have not responded to “rational, normal, evidence-based policy approaches.”

Nate Rugh, an environmental science student at the Universidad Nacional de Educación a Distancia in Madrid who helped organize the global protests, said the growing movement has helped give him hope. When he first started organizing in 2018, he was disappointed that more scientists weren’t stepping up. “Now that they are, it’s just so much more powerful because people are much more inclined to listen,” he told Grist. “People are really paying attention.”

Wind blows the competition out of the water