It’s Thursday, May 20, and an iconic American pickup is going electric. 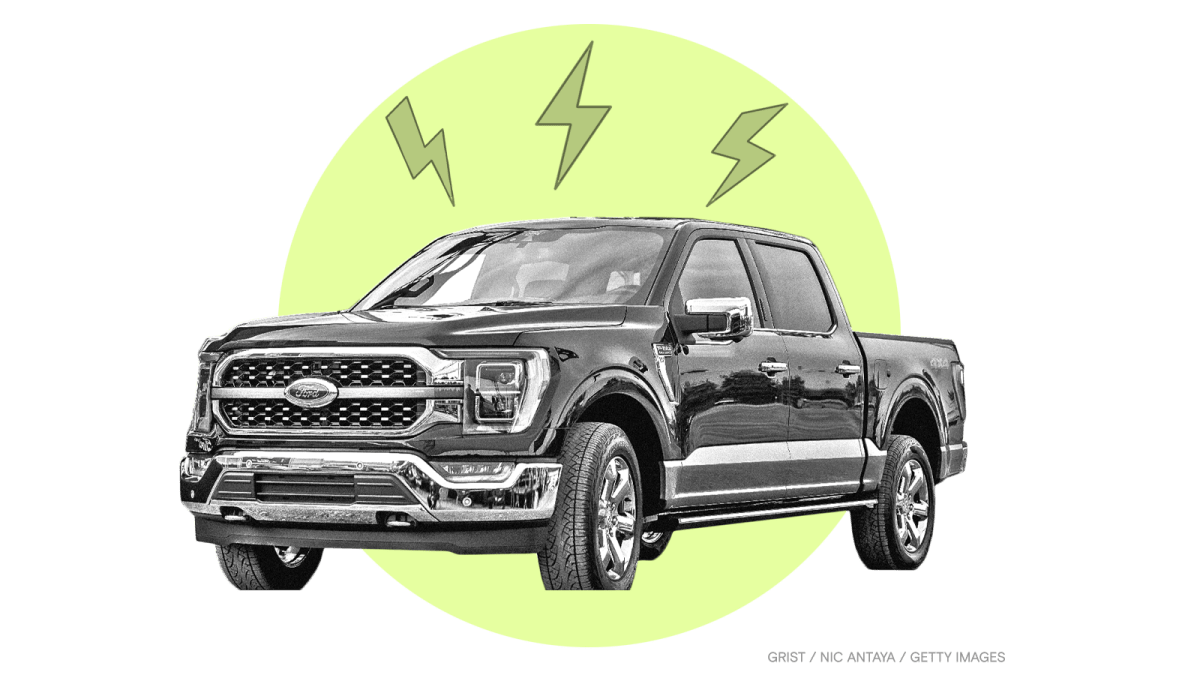 Ford unveiled its new, all-electric F-150 this week, heralded by a visit from the president. “My name is Joe Biden, and I’m a car guy,” said the commander-in-chief at an event in Dearborn, Michigan, before zooming around a racetrack in the brand-new electric pickup.

Ford is the latest in a series of automakers remaking popular models as electric vehicles, including Chevy’s upcoming EV version of the Silverado. As far as American-made cars go, the F-150 is an icon. Since its introduction in 1975, it has been the most popular vehicle in the U.S. for 39 years. Ford sells 900,000 F-150s annually — compare that to the 250,000 EVs sold by all automakers in 2020. According to Ford, its F-series makes $42 billion in revenue per year. That’s more money than all four major U.S. sports leagues bring in combined.

What about the cost to consumers? The base model of the F-150 Lightning is $39,974, about $10,000 more expensive than the non-electric base model. That difference could be partially offset by the $7,500 federal tax credit as well as lower lifetime maintenance costs, but consumers could still be wary of making the EV leap if their state doesn’t have enough electric charging stations.

Nonetheless, the widespread appeal of the F-150 promises to bring more consumers into the EV market. “There’s a lot at stake here, not just for Ford, but really for the country,” said Darren Palmer, Ford’s head of battery electric vehicles. “This could be the point when people really notice electric.”

Zombie forest fires that slowly burn through cold, wet winters and re-ignite in the spring are likely to occur more frequently, according to a new study in Nature. The so-called “overwintering fires” are rare, but climate change could change that: High temperatures create dry soil conditions that are perfect for smoldering in Arctic-boreal forests with deep organic soil.

Globally, people were forced to relocate within their country more than 40 million times last year due to violence and disasters — often made worse by the effects of warming. China, which is regularly subject to flooding, experienced the highest rates of internal displacement, according to the Internal Displacement Monitoring Center.

A huge cloud of methane was detected by satellite over a Canadian natural gas field in late April. Methane, a greenhouse gas, is 84 times stronger than carbon dioxide in its first 20 years in the atmosphere. The cloud represents the third highest rate of emissions detected anywhere in North America this year.