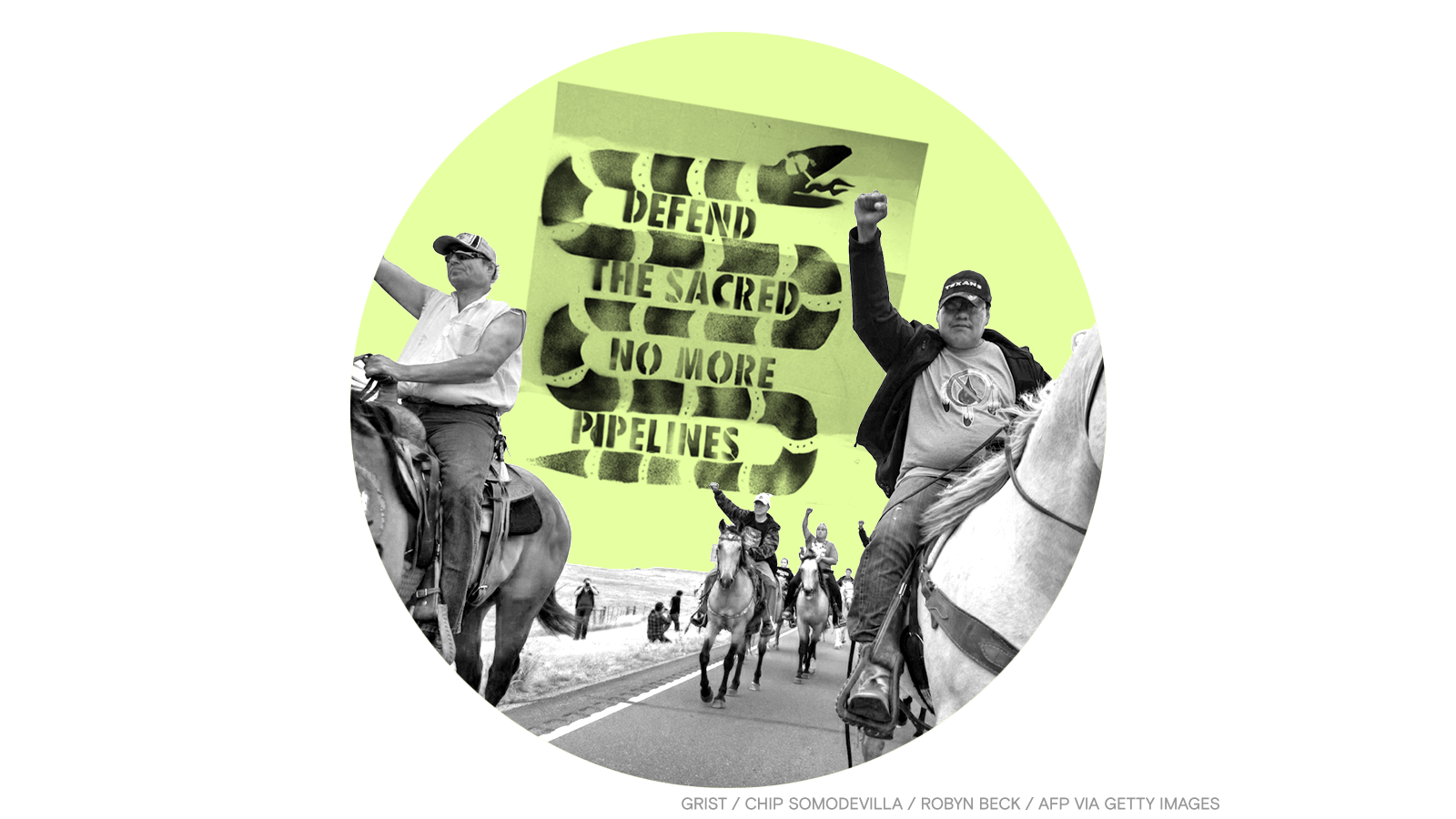 A recent report by Indigenous Environmental Network and Oil Change International found that Indigenous-led resistance to 21 fossil fuel projects in the U.S. and Canada over the past decade has stopped or delayed an amount of greenhouse gas pollution equivalent to at least one-quarter of annual U.S. and Canadian emissions.

Through physically disrupting construction and challenging projects in the legal realm, Indigenous resistance has directly stopped projects expected to produce 780 million metric tons of greenhouse gases every year and is actively fighting projects that would dump more than 800 million metric tons of greenhouse gases into the atmosphere every year. The total amount of avoided emissions is the pollution equivalent of approximately 400 new coal-fired power plants — more than are still operating in the United States and Canada.

This is despite an onslaught of attacks against Indigenous activists over the past few years. Victories won against projects through direct action have led to more than 35 states enacting anti-protest laws, jail time for protestors, and thousands of dollars in fines.

Dallas Goldtooth, an organizer with Indigenous Environmental Network, says the new data highlights how Indigenous resistance can lead the way for other climate activists. “What Indigenous peoples are providing is a roadmap for our allies and supporters to adopt as a way to address the climate crisis,” he told Grist.

The summer of 2021 is tied with the Dust Bowl summer of 1936 as the hottest summer on record in the U.S., according to an annual National Oceanic and Atmospheric Administration assessment. A number of states, including California, Nevada, and Oregon, clocked their hottest temperatures on record, while no states experienced below-average temperatures this summer.

The combination of severe drought and population growth in California is forcing urban water planners to find new ways to get fresh water to Californians — and those solutions are driving up emissions. Desalination, water recycling, and pumping water from deeper underground are more energy intensive than using local surface water supplies and are projected to increase the state’s water-related greenhouse gas emissions, according to a new report from the nonprofit Next 10 and the Pacific Institute, a think tank.

Hurricane Ida’s death toll keeps rising. On Wednesday, Louisiana reported 11 new deaths linked to the storm, which brought dangerous flooding and mass blackouts to the state when it made landfall on August 29. The storm and the extreme heat that followed in the midst of widespread power outages have claimed at least 26 lives in Louisiana.