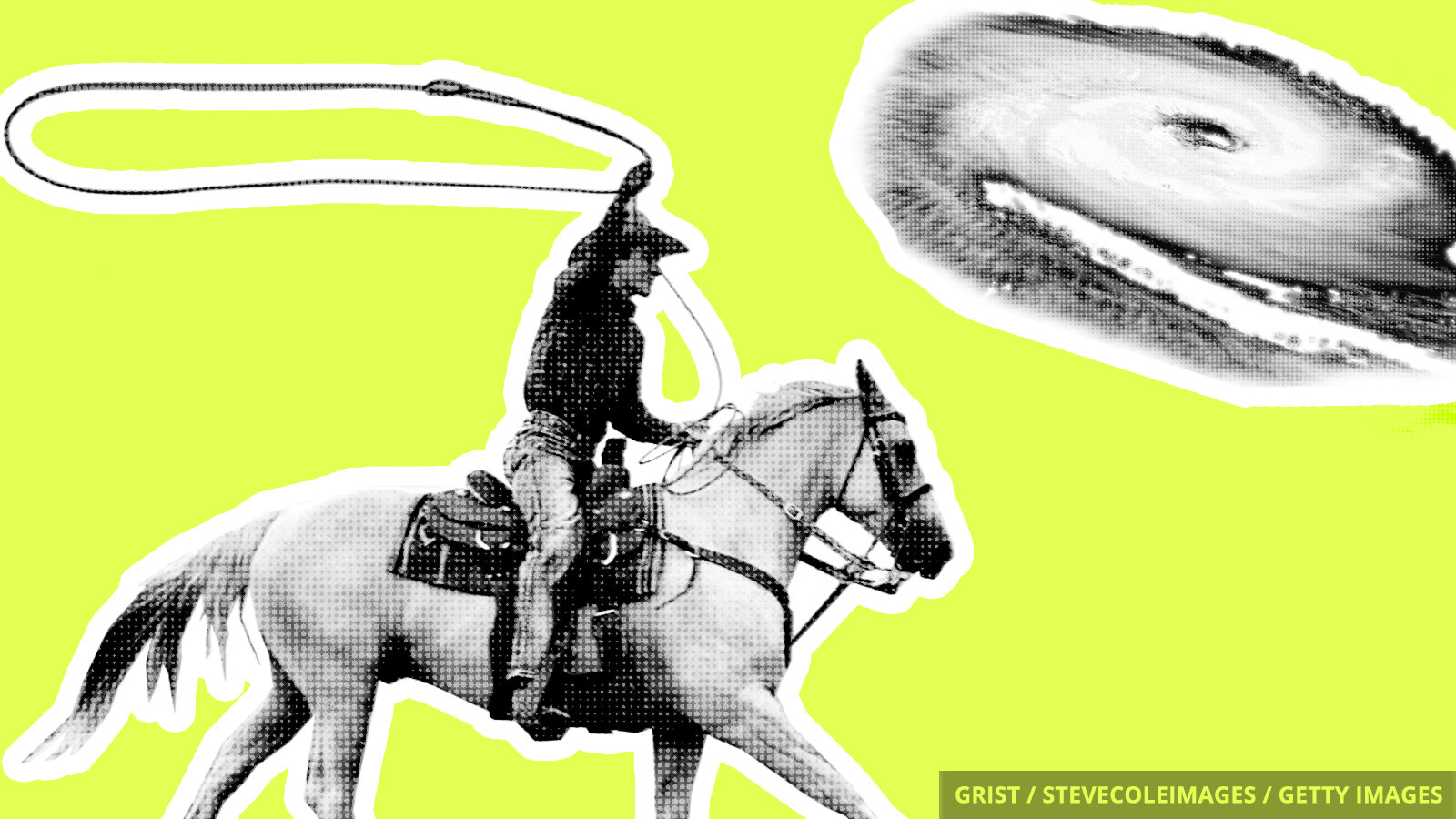 Patrick McKann, 42-year-old Virginia horse trainer and good Samaritan extraordinaire, has taken it upon himself to save animals stranded in Hurricane Florence’s floodwaters. South Carolina’s animals in distress are lucky Patrick has a McKann-do attitude.

When Hurricane Florence hit the Carolinas last month, the Category 2 storm took its time dumping feet of rain and wreaking flooding havoc the likes of which hadn’t been seen in modern East Coast history. Larger, wetter storms, researchers say, are a side effect of warmer ocean temperatures and rising global temperatures.

That’s bad news for coastal residents and for their pets. In the chaos of evacuation, Fido and Missy often get left behind. In the past week alone, McKann and his team of merry do-gooders (his buddies) have saved six horses, two donkeys, approximately 14 guinea fowl, and an unspecified number of chickens. That’s like two barnyards worth of animals.

This isn’t the first time the Hurricane Cowboy has rode into a disaster zone. McKann earned his nickname after Hurricane Harvey, when he drove down to Texas to rescue cows, horses, and chickens.

McKann is still out there right now, helping little towns in the Carolinas where help is slow to come. “We’re just cowboys out here doing our job,” he told CNN. Yeehaw!

A week after President Trump claimed he’s an “environmentalist,” the White House completed a proposal that would weaken existing curbs on coal plants’ emissions of mercury, the neurotoxin known to damage the nervous systems of children and fetuses. Existing standards are estimated to prevent as many as 11,000 premature deaths and 4,700 heart attacks a year, according to the Washington Post. And guess which Supreme Court nominee sounds like he might be friendly to loosened regulations? When the coal industry sued the EPA over its mercury regulations in 2014, Brett Kavanaugh dissented from his colleagues on the appeals court, arguing that it was “unreasonable” for the agency not to consider the costs to coal companies before imposing them.

A warm Atlantic Ocean spawned six major hurricanes during the 2017 hurricane season, including Harvey, Irma, and Maria. A new study found that water in the development region — where hurricanes get bigger and stronger — averaged 0.7 degrees C warmer than normal for the entirety of the 2017 season. The takeaway: Climate change played a role in making more intense storms more common. And according to study lead author Hiroyuki Murakami, as long as climate change goes unchecked, “we will see more active hurricane seasons like 2017 in the future.”

Texas and Louisiana, no strangers to powerful hurricanes, have approved 74 petrochemical, oil, and gas projects along the Gulf Coast since 2012, according to a new study. These projects pump 134 million tons of greenhouse gas into the air every year — as much as running 29 coal-fired power plants around the clock. “Louisiana is already sinking into the Gulf of Mexico, and yet our state government is permitting more of the emissions that cause flooding and storms,” said Anne Rolfes, founding director of the Louisiana Bucket Brigade. “It’s mind boggling.”

A cheaper battery could help us achieve a carbon-free grid