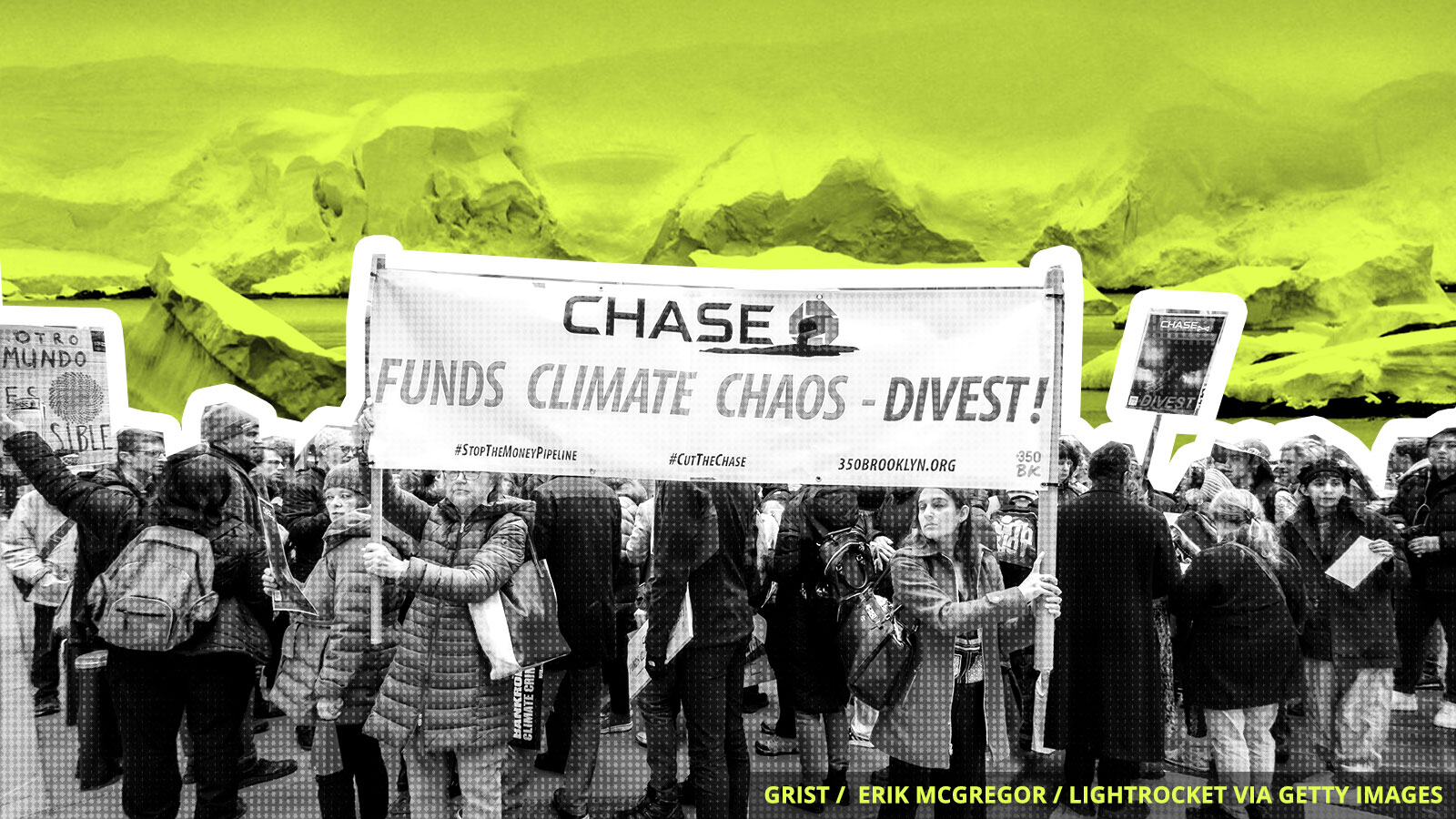 JPMorgan Chase, the largest U.S. bank and the world’s top lender for fossil fuels, has announced that it will stop financing many coal companies and all fossil fuel exploration in the Arctic. The company is also setting aside a $50 billion fund for green projects that advance the United Nations Sustainable Development goals.

The announcement comes hot on the heels of a leaked report written by JPMorgan economists warning its top clients in blunt, dire terms of the potentially “catastrophic outcomes” of climate change.

Activists have aggressively targeted the company for its abysmal environmental record. Since the 2016 Paris accord to limit global warming to 2 degrees C, the bank has lent nearly $200 billion to the fossil fuel industry — including 63 percent more money for fossil fuel exploration than any other bank. Activists seem to agree that JPMorgan’s new commitments are pitifully insufficient, but it’s clear that major banks can no longer afford to brush aside public concern for the climate: JPMorgan’s announcement trails a near-identical public commitment from competitor Goldman Sachs. The race to avoid the unenviable title of “the bank that messed up the planet most” is officially on.

For many U.S. lawmakers, opposing environmental protection pays well. According to a new analysis, oil and gas companies shelled out $84 million for congressional campaigns in 2018, rewarding legislators who voted against green interests. And it didn’t take much — a 10 percent decrease in pro-environment votes, as measured by the League of Conservation Voters, resulted in a $1,700 increase in subsequent campaign donations.

Uber and Lyft are hurting the climate. The Union of Concerned Scientists estimates that, on average, a ride-hail trip produces 69 percent more emissions than the trips it replaces. That’s because people use ride-hailing as a substitute for public transit and drivers often have to travel several miles between passenger pick-ups and drop-offs.

A federal plan to build a sea wall to protect New York City from dangerous storms like Hurricane Sandy has been “indefinitely postponed.” The Army Corps of Engineers’ decision surprised environmentalists and planning experts and comes just weeks after President Trump called the idea “costly” and “foolish.”

A line in the (oil) sand

Ghosts of Polluters Past