It’s Thursday, December 13th, and a climate hero might be boring wood in your backyard. 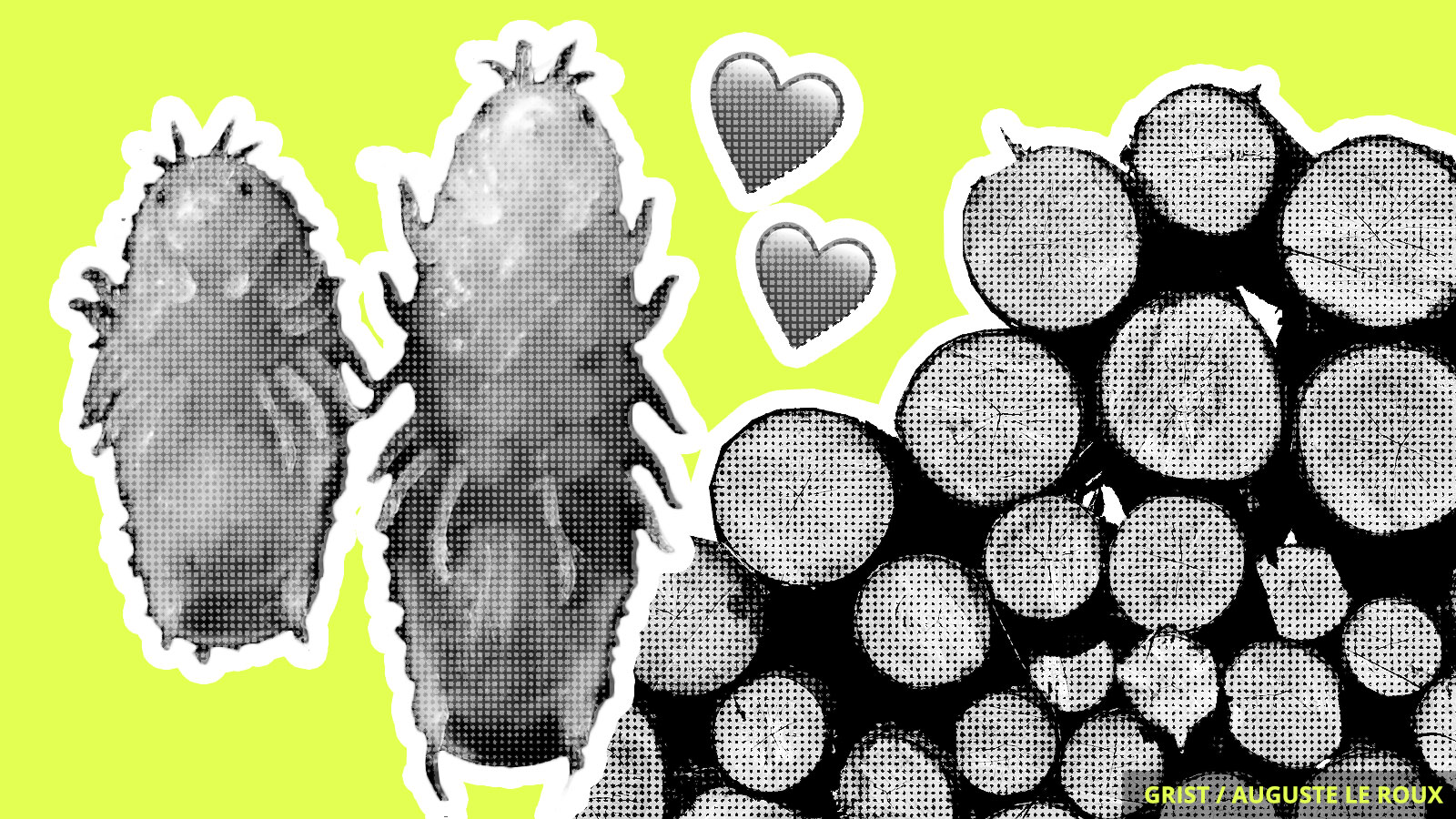 No, no, don’t worry, Bill McKibben isn’t trespassing on your property. It’s a gribble!

This tiny, translucent isopod (a type of crustacean) with eyes that look like misshapen bits of felt has been causing a stir lately. Scientists studying its special digestive properties are excited at how efficient this tiny bug is at breaking down wood.

Currently, burning woody biomass for energy is a highly energy-intensive process (i.e., not worth it). But if humans are able to mimic the gribble’s process, we might be able to get energy from biomass more efficiently. A recent paper published in Nature Communications found that gribbles use enzymes called hemocyanins (the same proteins that make invertebrates’ blood blue) to cut through woody biomass.

Of course, once we’ve unlocked the secrets of this prized wood nibbler, we can’t just gribble-gobble our way through trees. Trees are also a super important carbon sink, capable of storing tons of C02. But, as the gribble knows, there are lots of other sources of wood we can use — in fact, woody biomass is the most abundant renewable carbon resource the world has.

That said, it’ll require some smart, science-informed policy to balance our needs for carbon-efficient energy sources and natural carbon storage. Maybe that’s where McKibben comes in.

Back when President Trump decided to roll back auto emission standards, car makers tried to pump the brakes, arguing the new standards went too far. But one industry was secretly lobbying for the new standards all along: Big Oil. The Mr. Burns of American politics, Charles Koch, bankrolled the effort to scuttle the Obama-era standards. (Endless sigh.)

The Great Lakes are getting a new oil pipeline! What’s that, you say? Oil and natural gas shouldn’t run through one of North America’s key waterways? Enviros agree. But outgoing Michigan Governor Rick Snyder, a Republican, is rushing to approve construction of a new section of pipe anyway before a Democrat takes his seat.

The solar power industry is growing, but Trump is doing his darndest to stop it. And he’s succeeding. Growth slowed this summer, thanks to his administration’s new tariffs on imported panels. U.S. companies installed 15 percent less solar capacity compared with the same period last year.

Cheers to the governors