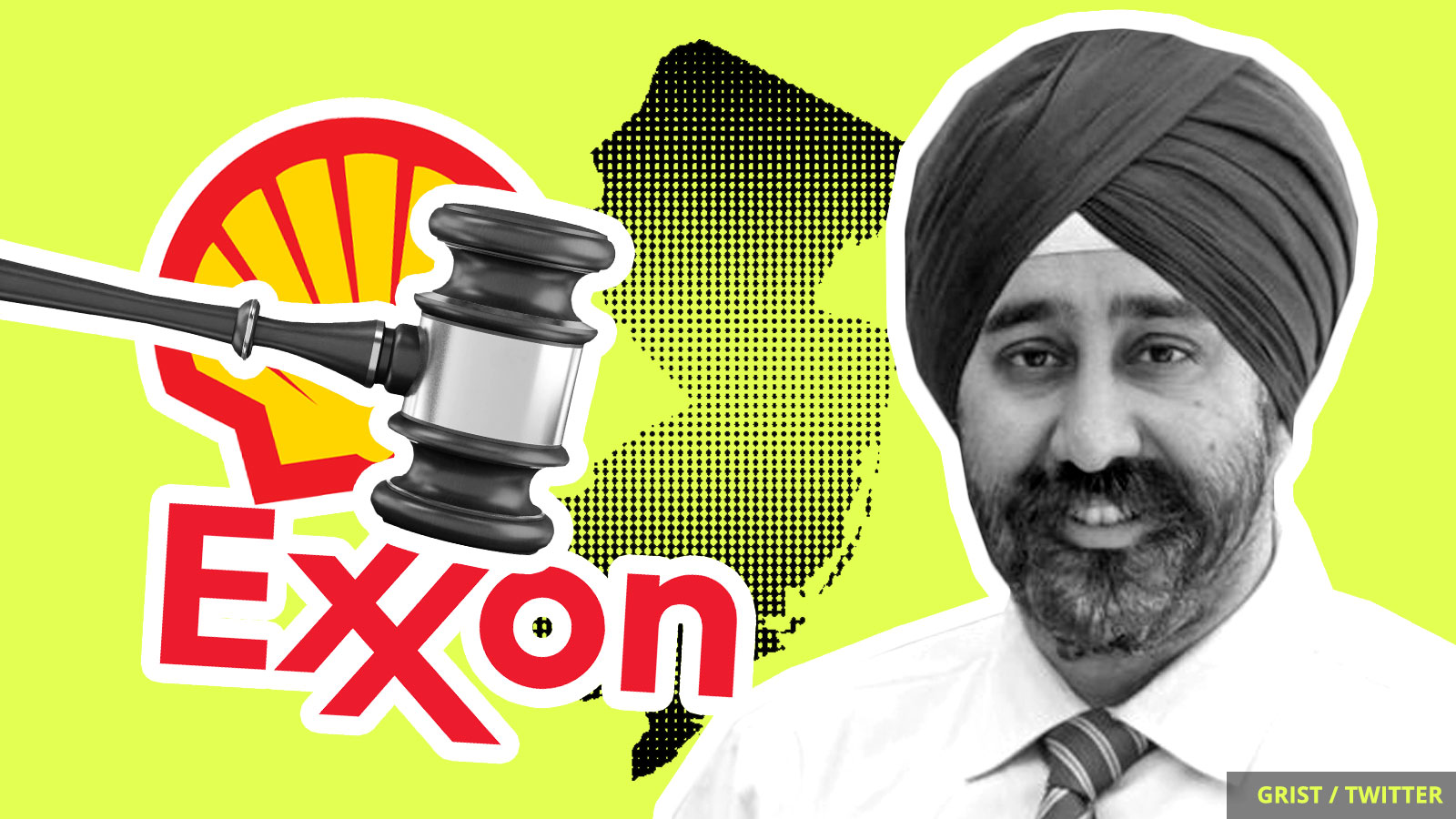 The city of Hoboken, New Jersey, has filed suit against Exxon, Chevron, Shell, and other oil giants — vowing to hold them accountable for the costs that the city will face as it adapts to climate change.

Hoboken’s mayor, Ravi Bhalla, noted at a press conference that the city has already faced major climate disasters like Hurricane Irene in 2011 and Superstorm Sandy in 2012. (In the immediate aftermath of Sandy, 80 percent of the city was underwater and without electricity.) “Big oil companies have been profiting to the tune of billions of dollars at the expense of the health and safety of the public,” he said.

Several cities have filed lawsuits against fossil fuel corporations in recent years, alleging that they have consistently misled the public about the dangers of global warming and demanding compensation to protect cities from supercharged storms and sea-level rise. So far, California cities have been leading the charge.

Now Hoboken is joining in. Since Sandy, the city has been prioritizing building sea walls, underwater reservoirs, and parks that soak up excess rainwater. But all those changes don’t come cheap. If the lawsuit is successful, some of them could be covered by fossil fuel companies.

New research published Wednesday in Science Advances shows that it’s been at least 5,500 years since levels of sea ice in the Bering Sea were as low as they were in 2018. That year, the sea’s ice cover melted almost entirely away by May, an entire month ahead of the norm. The new findings indicate that Bering Sea ice is shrinking much more rapidly than previously thought.

Only 10 percent of the world’s utility companies are trying to expand their renewable energy portfolio at a faster pace than their gas- or coal-fired power capacity, new research in Nature Energy shows. Of the companies that are prioritizing investment in renewables, only 15 percent are actively trying to shrink their gas and coal capacity.

Of the 674 major fires detected in the Brazilian Amazon in the past three months, 15 have burned inside of Indigenous territories. The vast majority of those fires have occurred within the past two weeks, according to satellite data. The fires threaten Indigenous food sources and livelihoods.

Companies pay down their carbon debt